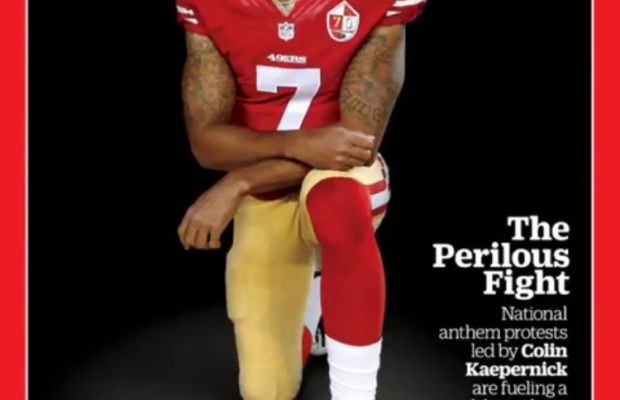 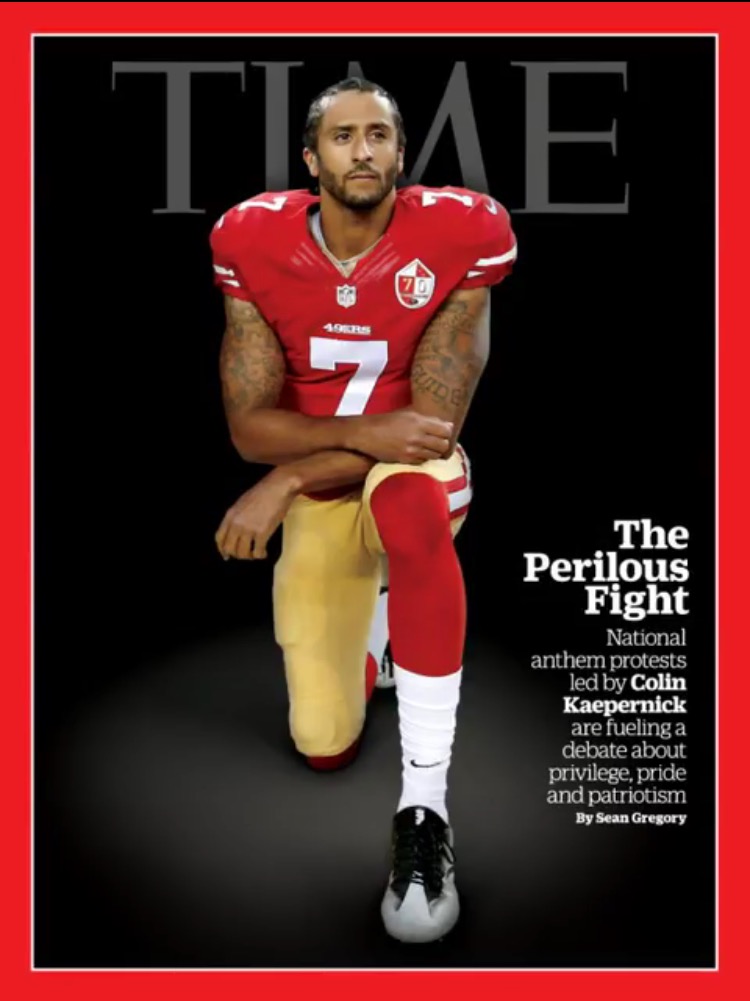 “The perilous fight. How national anthem protest led by Colin Karpernick are fueling a debate,” said TIME magazine in a video they released on their official Twitter account today. Colin Kaepernick graces the cover of the October 1st issue in his weekly kneeling position.

Colin’s national anthem kneeling protest is still a hot topic that’s on the tips of tongues every Sunday and Monday. There’s no denying how much of an impact the silent protest has caused. It’s bravery stance has fueled other NFL athletes to join the movement. Even more recently, singer Chris Brown caught some criticism for kneeling at a celebrity basketball game he was apart of.

“We must understand what Kaepernick is protesting” opening remarks made in the magazines cover story.

“The idea that Colin Kaepernick’s refusal to stand during the national anthem is unpatriotic fails doubly: first, in a mistaken notion of what real patriotism is, and second in missing a larger point.”