Home / Editorial / Hear Us Out: Is Method Man Moving Into Denzel Washington’s Territory?

Hear Us Out: Is Method Man Moving Into Denzel Washington’s Territory? 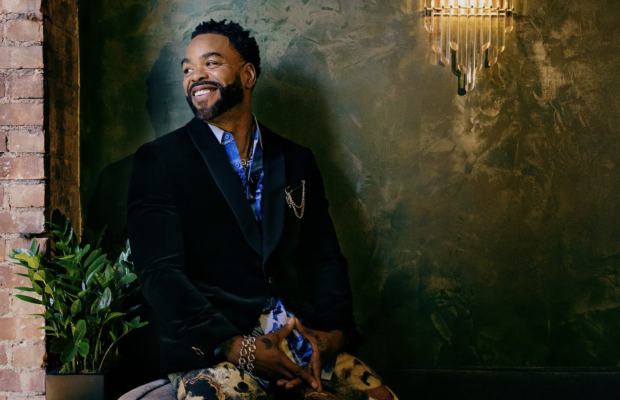 The people have spoken! They have crowned Method Man as the new Denzel Washington.

Hear us out! We’re not comparing Method Man’s acting to Denzel’s. We’re talking about Denzel’s likeness and the special category that only Denzel resides in.

Last week, Essence Magazine released their February digital cover featuring the Power Book II star. The cover immediately had Method Man, whose real name is Clifford Smith Jr., trending once again for the umpteen time. As the spread circulated up and down our timelines, the question was posed, “Is Method Man this generation’s version of Denzel Washington?”

Denzel Washington occupies a specific space that no other man occupies. For decades, Denzel has had our grandmothers, aunties, and mothers in a chokehold. He’s the standard! He’s what many refer to as the standard of “Black love,” and what many desire for as a husband. And now it seems that Method Man has crossed over into Denzel’s territory. Method Man has become to this generation what Denzel was to his generation.

It’s all about the level of approval from the people. Like Denzel, it’s Meth’s ability to remain scandal-free, hone his craft, and display a level of devotion and love to his Black wife. The comparison is in regard to lusting the man, but still honoring and respecting their wives in the midst. Black women have selected them to occupy this exclusive club, due to their display of love for a woman who looks like their mama, sisters- and aunties. One issue Black women have with some Black men is the lack of love, respect, and support they receive from them. Some Black men date outside their race but Meth has proven to appreciate the Black woman and her beauty. Their theory is he doesn’t “hate” them like it’s suggested by other Black men.

Meth’s superpower isn’t just his attractiveness, it’s his meekness, his longevity in the game, along with his ability to transition to a serious actor while remaining the well-loved MC. It’s his integrity as a man that’s been able to captivate his audience and keep their attention three decades later.

Men have even come to grips with their woman’s admiration for Method Man. They’re accepting it because they too respect and appreciate the man. Sure, there are a few other up-and-coming brothas that may have what it takes, but Method Man has already solidified the spot with his marriage and thirty-year career. And yes, Morris Chestnut, Larenz Tate, Idris Elba, and Nas have all entered the chat. However, none of them keep our timelines in a frenzy like the M-E-T-H-O-D Man.

I can be your cup of tea or shot of Hennessy!
Related ItemsDenzel WashingtonEssence MagazineFeaturedMethod ManPower Book II
← Previous Story Barbershops Have Evolved But Did Customer Service Fade?
Next Story → ‘Bel-Air’ Introduces a Fresh Twist to a Familiar Family