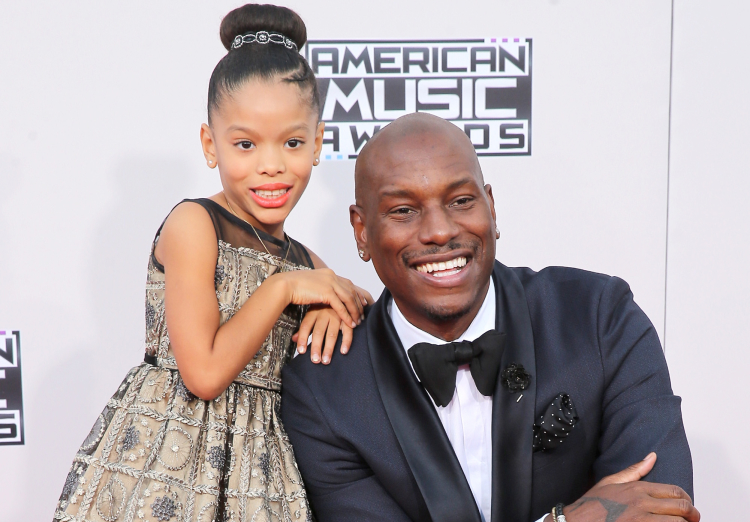 It appears Tyrese is ending his rough week on a high note.

The actor, and sometimes singer has been going through a messy, yet publicly custody battle with his ex-wife. Plus his public beef with his Fast and Furious costar Dwayne “The Rock” Johnson.

Reportedly, Gibson’s his ex-wife, Norma Mitchell Gibson, claims that back in 2007, while she was pregnant with their child, he burst into their bedroom after midnight, poured water on her and proceeded to punch her eight to nine times all over her body.  She added that the abuse continued following the birth of their daughter Shayla, 10, claiming that he punched her in the head while she was holding the toddler, who was 4 at the time, in an elevator. She also claimed in court documents that on August 19, while Shayla was staying with Tyrese he allegedly “went into a rage, pushed our daughter to the ground, pinned her face down, put his knees on her back, grabbed her hands with one arm and beat her with the other.” She alleged the incident began when Tyrese accused the young girl of “stealing her own piggy bank money that she received for her birthday.”

A rep for Gibson confirmed to The L.A. Times on Friday that the “The Los Angeles County Department of Children and Family Services closed their investigation and will not be seeking any criminal charges against the actor.”

His ex-wife, Norma Gibson, was trying to obtain a permanent restraining order against him after saying that he beat their daughter in August.

In other related Tyrese feuds. His ongoing social media war with The Rock, which pretty much consisted of Tyrese arguing with himself has come to an end.  Tyrese was upset with The Rock regarding issues with the Fast and Furious franchise.  Mainly, the fact The Rock had negotiated a spinoff for himself.  While it’s unclear what the conversation consisted of, or if a conversation really took place?  Tyrese didn’t hesitate to share another instagram post (rolls eyes) with another caption regarding the issue. “Want you guys to know I had a real Heart to Heart with one of Dewayne’s associates,” said Gibson. “And this will be my last post about him…….. I repeat my last…. I respect the associate who called.. My story will never change I was never DJ’s Co-Star… I’m Shayla’s Father first…. Justin Lin is back in the driver seat that’s exciting cause it going to feel like the true #FastFamily all over again….. When we see Justin we see Paul…..”

Want you guys to know I️ had a real Heart to Heart with one of Dewayne’s associates and this will be my last post about him…….. I️ repeat my last…. I️ respect the associate who called.. My story will never change I️ was never DJ’s Co-Star… I’m Shayla’s Father first…. Justin Lin is back in the driver seat that’s exciting cause it going to feel like the true #FastFamily all over again….. When we see Justin we see Paul…..

I guess we’ll have to see just how long before Tyrese has another social media outburst.

I can be your cup of tea or shot of Hennessy!
Related ItemsDwayne JohnsonFast and the FuriousThe LA TimesThe RockTyrese
← Previous Story Andre 3000 Talks New Music, Why He Left the Spotlight, & Love for Anita Baker
Next Story → B-Radio’s ‘LaFace Records’ Playlist