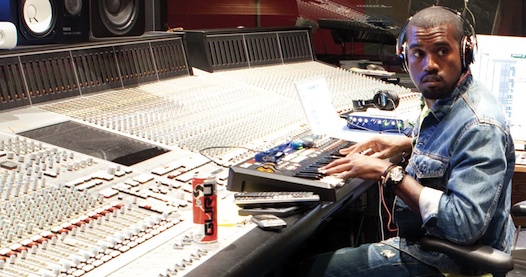 Kanye West is one of the most influential rappers of his time, with a unique style unlike any other rapper. The musical genius has reinvented himself with every album of his, while still remaining true to the music.   Before we all knew him as a rapper he was a music producer who transitioned into super producer status. Aside from making hits for rappers, Yeezy also lent his talents to the R&B world. Here are 6 songs produced by Kanye West.

Bonus: Lil Wayne- Comfortable: Not only did Kanye produce the song, but he also wrote the song. If you listen closely you can hear Ye’s entire style and flow. Not too mention, when has Lil Wayne ever written a rap that didn’t contain profanity? The song doesn’t contain one cuss word in it.

Drake- Find Your Love: Aubrey Drake Graham was riding the wave of his mixtape success. Kanye being a fan of Drake, did him a solid and gave him a leftover track from his “808s & Heartbreak” sessions for his album. The song ended up being Drake’s second single off his debut album.

Alicia Keys- If I Ain’t Got You (remix): already working together on “You Don’t Know My Name.” Keys enlisted the rapper once more to remix her hit song “If I Ain’t Got You.” What’s genius about this song is Kanye took the original version and sampled it for the remix.