Home / Editorial / Bill Cosby: From Heroic to Most Hated

Bill Cosby: From Heroic to Most Hated 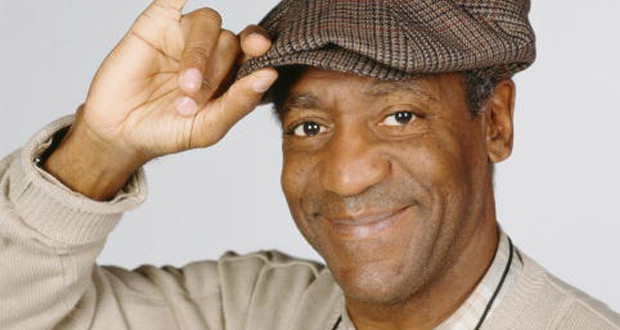 The shocking state the world entered once learning about the sexual assault allegations that have been brought up on Bill Cosby. Some say they were aware of such claimed allegations through whispers that have been silenced over the years, but the majority was now entering the secret world of televisions favorite dad.

Here we stand in 2015, and now over two dozen women have come forward claiming that Bill Cosby had sexually assaulted them in the past. Mr. Cosby has dodged and indirectly denied the allegations against him, but a 2005 deposition recently surfaced with information in it where Cosby admitted to had giving victims quaaludes. That deposition was the dark turning point in the alleged sexual assault allegations.

Fans, friends, and celebrities of Bill’s are now in an uproar over said allegations against the entertainer. There’s this uncertainty on where to stand and who to believe. Does one believe the dozens of women who came forward, or do you believe Bill who really hasn’t properly addressed the situation. Cosby seemed to have treated the assault allegations as something that will go away in time.   Meanwhile, everyone is left uneasy, unanswered, conflicted and confused. Further investigation into the sexual assault allegations, lead to numerous rumors about Cosby’s past. In 2000 the very first sexual assault case was filed, and later covered up and settled. The moment had come where proud and super supporters of Cosby were forced to recant their support for the entertainer.

Devoted fans have now become raged. Upset with the women alleging that they’re money hungry gold diggers after Cosby’s fortune. Claiming these women knew what they were doing, and were fine with it in pursuit to obtain fame from him. And the number one question has been “why did they wait until now?” Statistics show that 1 in 5 women have experienced rape by age 25, most women never tell anyone.

There was one underage woman who claims that her rape took place at the famous Playboy Mansion. Cosby has a publicized longtime friendship with the mansions head honcho Hugh Hefner. In the wake of the sexual allegations Hefner spoke out and said

“Bill Cosby has been a good friend for many years and the mere thought of these allegations is truly saddening. I would never tolerate this kind of behavior, regardless of who was involved.”

Sadly enough for Hefner, he needs more people, because we don’t believe him. For year’s rumors have circulated about the Playboy mansion and the kind of sexual and drug infused behavior that takes place there. Plus Hefner’s former playmate and “bottom b!tch” of many years Holly Madison recently released a tell-all book titled “Down the Rabbit Hole,” where she tells her story of her years living at the Playboy Mansion. In her book she divulges how Hefner would also use quaaludes on women too. That victim’s accusations have lead to Hefner’s mansion now becoming critical evidence in the LAPD investigation.

Although some of the cases and claims had a demurred to be dismissed, because it was lead to believe it was an attempt to extort monies from Cosby. We now have to ask where does this leave the legacy of Bill Cosby?   His image is now tarnished. You have the memes on social media circulating by the day destroying his image. There have been threats that they will remove his statue from Disney, along with removal of his Hollywood star, and his highly syndicated television shows have been pulled off of networks. Now there have been numerous of his Caucasian counterparts who’ve been in trouble of the same magnitude, and even convicted, but they’re statues, stars, and great accomplishments haven’t had to be sacrificed or left to suffer.

Have we forgotten about the works of this man? He was far more than an entertainer. He was an actor, educator (Picture Pages), comedian, philanthropist and more. In 2011 he ranked 3rd on the list of Top Black Philanthropist, behind Michael Jackson and Oprah. The man made it his fight to better the image of African Americans. He has provided jobs and education to many throughout the years. Did we forget that he gave us “The Cosby Show”? Not to mention what he did for HBCU’s with its spin-off “A Different World.” A.D.W. still resonates today, and is cited as the reason most African Americans attended a historical black college. By it’s ending in 1993, American higher education grew by 16.8 percent. However, during the same time period historical black colleges and universities grew by 24.3 percent.

In the words of rapper Kendrick Lamar we must ask ourselves “when shit hits the fan is you still a fan?” Because this man made a repeated mistake, followed by poor decisions, do we bail on him? Haven’t we all done things we aren’t proud of? When someone makes a mistake that leaves us uncomfortable, do we lose the love we once had for him or her? I guess this is the true definition of love being conditioned and not unconditional.   Everyone has their own vices and fetishes, and if our skeletons were publicized to the world how would we want to be treated? Now his actions aren’t to be excused or ignored, and we have to acknowledge that he’s caused a great deal of trauma to his victim’s. However, we cannot take away what the man has done for his generation, the culture, television, and the African American community. We have to distinguish Bill Cosby from the character Cliff Huxtable. Some can argue that they’re one in the same, because parts of his work were chronicle off his life experiences.  A “jump ship” situation like this can happen to anyone, because this man was once praised and beloved by America, and now America is turning their back on him. It’s alleged his behavior was covered and protected by the network and media for years, because they were making millions off what he was providing. Now that they no longer have use for him, he’s dumped to the side and they left him to hang. He was televisions favorite dad, many fathers modeled their home and parenting after the one he displayed on television.  His influences left an imprint on the African American community.   He strived to change the structure and the way the community was viewed. It’s sad that the comedian, actor, educator, activist, and philanthropist known as Mr. Cosby has truly traded in his “heroic” titled for “most hated.”

Separate the art from the artist– JasFly