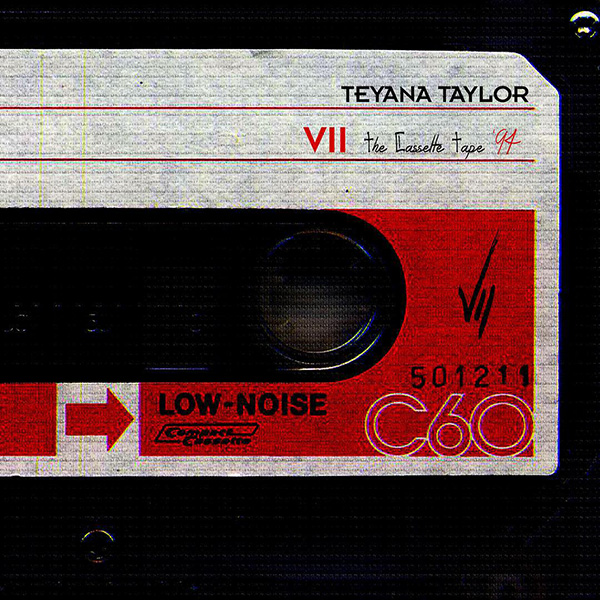 One thing is for sure and two things are for certain, is that the 90’s were definitely the best era for R&B music. It seems that today’s generation is fascinated with everything the 90’s had to offer, and it’s R&B music especially. Trailing her debut album “VII” Teyana travels back in time to the golden era with her EP “The Cassette Tape 1994.”

The EP’s 90’s inspired and influenced sound easily captures your ears and attention from start to finish. Which isn’t too hard to do being it’s only 5 tracks long, and only one song exceeds three minutes. With this project Taylor properly picked the right classic R&B songs to place her unique spin on. From Tony Toni Tone’s timeless ballad “Anniversary” on her sensual yet sexy “Tonight” to the number one song of the 90’s Bel Biv Devoe’s “Poison” on her tune “Undercover,” and if you listen closely you can hear Puffy’s “Bad Boy” adlibs on “Your Wish.” Everything about this EP feels and sounds good, causing you to reminisce of summertime in the 90’s. Too bad this project wasn’t released early in the summer, to gain momentum and serve as the soundtrack of the summer.   Two great moments on the EP are “Who’s Gonna Make It Home” which is the EP’s halfway mark, and it’s closing bedroom track “Touch Me” that borrows it’s intro from Eddie Murphy’s sophisticated 1992 film “Boomerang.” The Strange scene adds a comedic element to the project as a whole.

“Cassette Tape” reminds us that Teyana is hard at work honing her musical craft. She’s an artist who’s not afraid to take risk, and has no issue using her influences to create something new. The project doesn’t only showcase her love for the decade, but it also pays homage to the New Jack Swing sound as well.  The EP’s duration reminds us of the maxi-single era when artist would let fans know there was more to come. As far as for Taylor there is definitely more in store for her future.

I can be your cup of tea or shot of Hennessy!
Related ItemsCassette TapeTeyana Taylor
← Previous Story Bill Cosby: From Heroic to Most Hated
Next Story → Jill Scott “Woman” Album Review