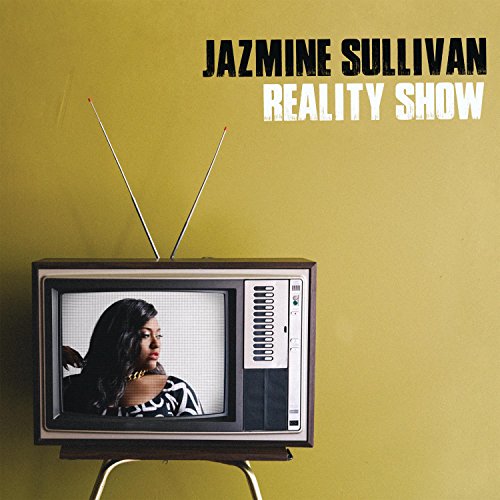 The enormous music talent known as Jazmine Sullivan has returned! Sullivan came onto the music scene in 2008 and stole many hearts with her music. Unfortunately, the singer took a half-decade hiatus after her sophomore album “Love Me Back” in 2011.   She later admitted the reason behind her hiatus was due to the fact of her only being able to express herself through song, and an abusive relationship she was in at the time. However, it’s a brand new day and the Philadelphia native we’ve fallen in love with in 2008 has emerged with a new body of work titled “Reality Show.”

During Jazmine’s time off she kept busy by lending her writing talent to other artist.   One thing we quickly learned was she hasn’t missed a beat with a pen and pad, nor is she going to harp over the abusive relationship with material for the new album. Sullivan said the material is based off different aspects of reality and how she sees it, and the only song where she addresses the relationship was the gut wrenching single “Forever Don’t Last.”

“I had high hopes for us baby, like I was on dope for us baby. Chasing after a high that I never get back again”

The album opens with the leading single “Dumb,” which is assisted by fellow Philadelphia native Meek Mill. It’s followed by the superficial valued tune “Mascara.” The track paints the picture of a woman who flaunts her insecurities like a badge of honor one moment, and in the next sounds as if she’s crying out for help.

“Yeah my hair and my ass fake, but so what! I get my rent paid with it, and my tits get me trips to places I can’t pronounce right, he said he’ll keep it coming if I keep my body tight”

“Reality Show” also offers “Silver Lining” where she sings about the frustrations of life’s lows. So she takes matters into her own hands that lead to embarking on the quest for life’s silver lining, by going on a robbery spree for the day that eventually ends in a police chase. There’s also the ride or die chick anthem “#HoodLove” (that recycles a line form “I’m In Love With Another Man”) where she declares the magnitude of the love she has for her man. And the love song “Let It Burn” that samples After 7’s “Ready or Not.” Aside from the song lyrics captivating you, there’s her fresh vocals that sounds as if she was trying new things out during the recording process.

When we were first introduced to the song “Stupid Girls” it was during an eyebrow raising recorded impromptu performance she delivered in a New Orleans barbershop.   Sadly, the studio version doesn’t live up to the acoustic performance fans quickly praised. The album version sounds more like a tune from the 60’s. However, the songs lyrics can easily save the track from being skipped past.

For the albums closing songs you have the introspective track “Masterpiece (Mona Lisa)” and the foot tapping disco sounding “Stanley” where she forewarns her man that he’s about to lose a good thing because she’s fed up with not being appreciated.

“Reality Show” showcases more than the return of Jazmine Sullivan. It’s showcases a brilliant artistic move from an artist. To take a five-year break away from the business to find herself more than just musically, plus deliver triumphant material after breaking free from a tumultuous relationship that pulled her away from her true love. She could have easily given her fans an album full of heartbreak and male basing songs, but she opted for a more suitable route.

Sullivan always has a fresh and original approach to her songwriting. Her style is somewhat unorthodox; the lyrics go in one direction, while the melody proceeds in the opposite direction making her sound unique, unpredictable, and yet relatable mixed with raw and gritty lyrics. For that alone she will forever remain as a heavy contender when it comes to R&B music. Her raspy voice is unmatchable, but matches perfectly with her songwriting skills. Her ability to raise self-awareness on a song such as “Mascara” to becoming a stick up kid on “Silver Lining” to discovering her beauty and self worth on “Masterpiece” is the pure and authentic view of her very own life’s reality show.

I can be your cup of tea or shot of Hennessy!
Related ItemsJazmine SullivanReality Show
← Previous Story J. Cole “2014 Forest Hills Drive” Album Review
Next Story → Lady’s Who Sing the Drug Dealers Blues