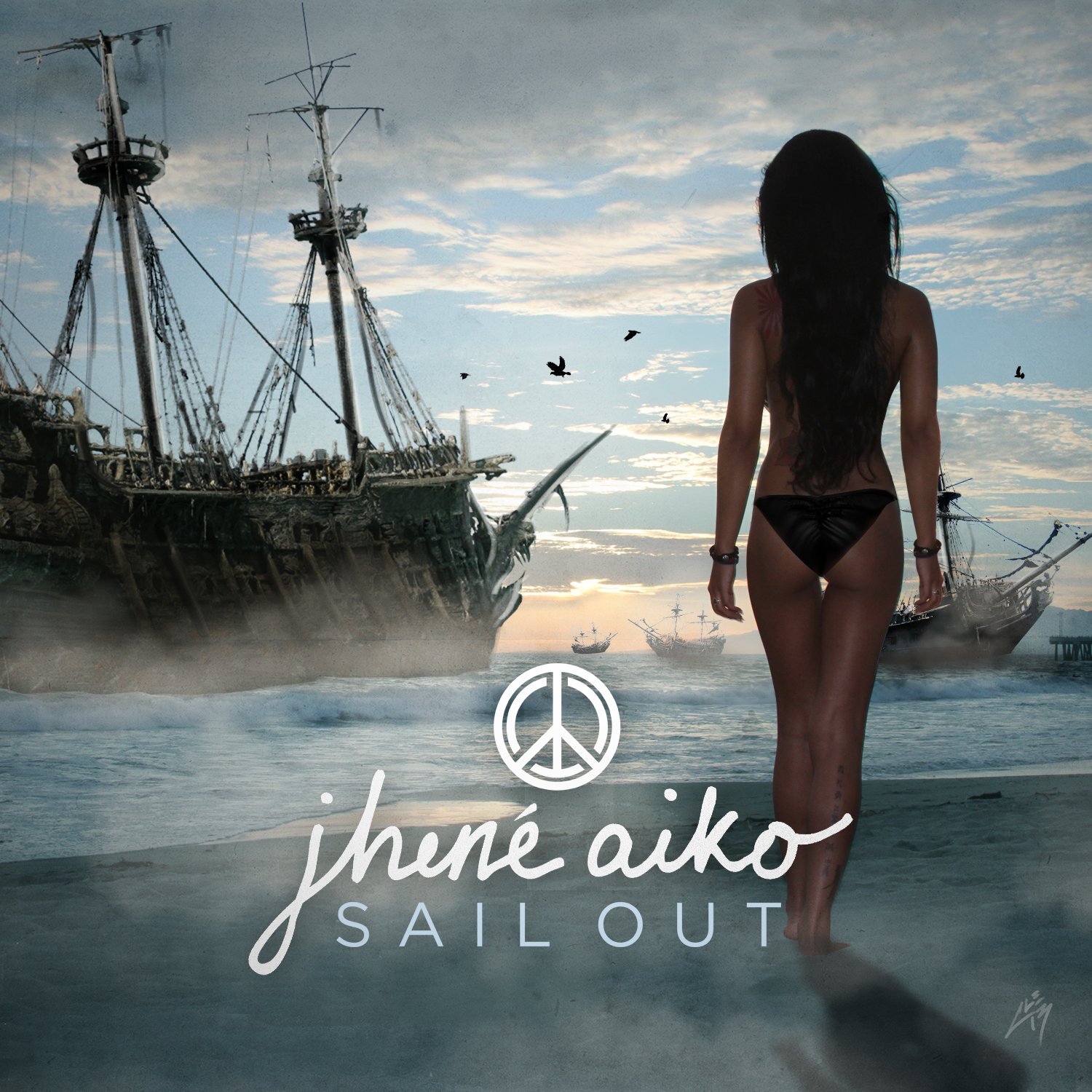 When you hear the name Jhene’ Aiko it may not ring any bells or gain much of a reaction to a broad crowd, but best believe the name is well known. However, singer Jhene Aiko has been making her name known on the music scene for a while. Her voice may remind most of singer Cassie and I’m sure the comparison is constantly stated, but Jhene’s music will speak volumes, while Cassie’s music career is more popular due to whom she’s romantically linked to. Aiko’s most recent popularity is due to her fan favorite feature on rapper Drake’s song “From Here” off his “Nothing Was The Same” album.

Aiko has released her long-awaited and much anticipated EP “Sail On” and this is just a preview of what we can expect from a full LP. The EP is only seven songs long, but packed with much more than one may bargain for.

Are the lyrics to the EP’s opening song “Vapors” where she pleads for one more night with the ex she’s still hung up on. Then you have the playful song “Bed Peace” which has mainstream appeal and could potentially be a radio hit; not for some of it’s lyrics or a more popular featured artist. The project also offers the knocking but mellow “3:16 AM” backed with good production, but not drowning out her vocals.

However, the EP”s most praised songs will be “Stay Ready (What A Life)” which is a dual song on a single track that’s assisted by Compton rapper Kendrick Lamar, who spits a mouthful of seductive words in a provocative voice.  Then there’s the hard hitting, beat knocking “The Worst” that just pulls you in instantly. The tune has the abrasiveness and lyrical content of a song that Mary J. Blige or Keyshia Cole would record. Though one may wonder how someone with such a soft and beautiful voice could pull it off. Jhene’ soon enough lets you know she meant every word sung.

“Don’t take it personal, you aint s***, you weren’t special til I made you so, you better act like you know”

On “The Worst” she takes you on her emotional journey of heartache followed by rage, as she still insists that she doesn’t need him, but wants him, even more going to great lengths by spitting a rhyme on the track.

You also have “Wth”, but the song is soon interrupted with the feature from Ab-Soul whose appearance disturbs the flow of the tune. The “Comfort Inn Ending (Freestyle)” closes the EP with lyrics that sounds like it picked up where her hook from Big Sean’s “Beware” left off.

Being this was an EP and the chance for her to showcase her talent. The four features were more than should have been allowed on a seven song EP. Although the features didn’t overshadow her, it still took something small away from what she was presenting as an R&B artist. The project is full of good relatable material that displays versatility and layers of personality. However, it may leave some unsure of her chosen lane and the audience she’s appealing to. One thing for sure is this was just a glimpse of what we may or may not receive from her full length LP. Regardless, it’s great production with genuine lyrics mixed together with a pretty face and beautiful voice, which are all the necessary elements to become a household name. Jhene’ Aiko is well on her way to super stardom and will leave many saying, “who is this girl Cassie is trying to sound like”?

I can be your cup of tea or shot of Hennessy!
Related ItemsJhene AikoSail Out
← Previous Story The Yeezus Experience
Next Story → The Beauty Within Houston