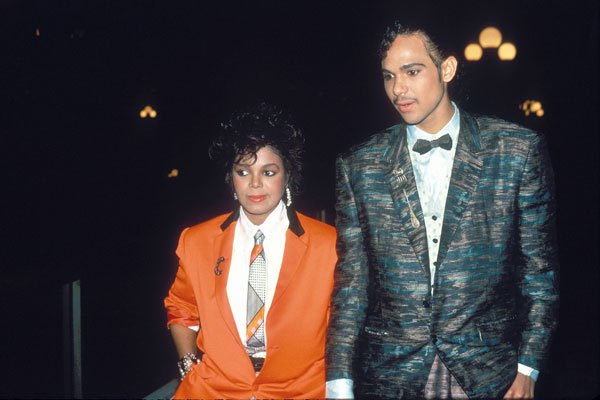 Talk about the pleasure and the principal behind it.  It’s the story that just keeps on giving! While Janet Jackson tries to enjoy motherhood, her past keeps coming back with more evidence regarding her secret love child.

For years there has been alleged rumors surrounding Janet Jackson’s marriage to James DeBarge, and the secret love child the two share, or may not.

Well, the plot took a twist as it thickens.  James’ mother Etterlene DeBarge, insists that she has DNA evidence to support the claims that her ex-daughter-in-law Janet Damita Jo Jackson, gave birth to a secret child. “The proof is in the pudding. Let’s get a DNA test,” tells Etterlene to INSIDE EDITION, when saying that a woman named Tiffany reached out claiming to be Jackson’s secret daughter. The DNA results showed that the probability of relatedness between Tiffany and Etterlene DeBarge is 96.7%. Tiffany lives in Philadelphia and is 31-years-old, the correct age if Jackson gave birth in 1985. Etterlene tells INSIDE EDITION that she’s convinced that Tiffany is her granddaughter and that Tiffany’s biological parents are Jackson and her son, James DeBarge.

Back in November of 2016, more allegations surrounding the secret love child surfaced when James DeBarge himself made claims of said child during the WETv series Growing Up Hip Hop. “I’m tired of the secrecy. I’m tired of the truth not coming forward, and people being a coward when it comes to it.  And I thought it was wise for me to speak out now because it needs to be addressed,” DeBarge said when explaining it to his 26-year-old daughter Kristina. “To be honest with you, I didn’t know, I was under the impression that there was no baby, and I wanted to believe it’s not true. But it is”.

DeBarge, eloped with Jackson back in 1984, she was 18 and he was 21.  The couple split after a year of marriage and their marriage was declared null.

I can be your cup of tea or shot of Hennessy!
Related ItemsEtterlene DeBargeInside EditionJames DeBargeJanet Jackson
← Previous Story Remy Ma Drops ‘Another One (Deceased)’ on Nicki Minaj (Diss Track)
Next Story → EXPOSED: Chris Brown’s Struggle with Addiction & Anger