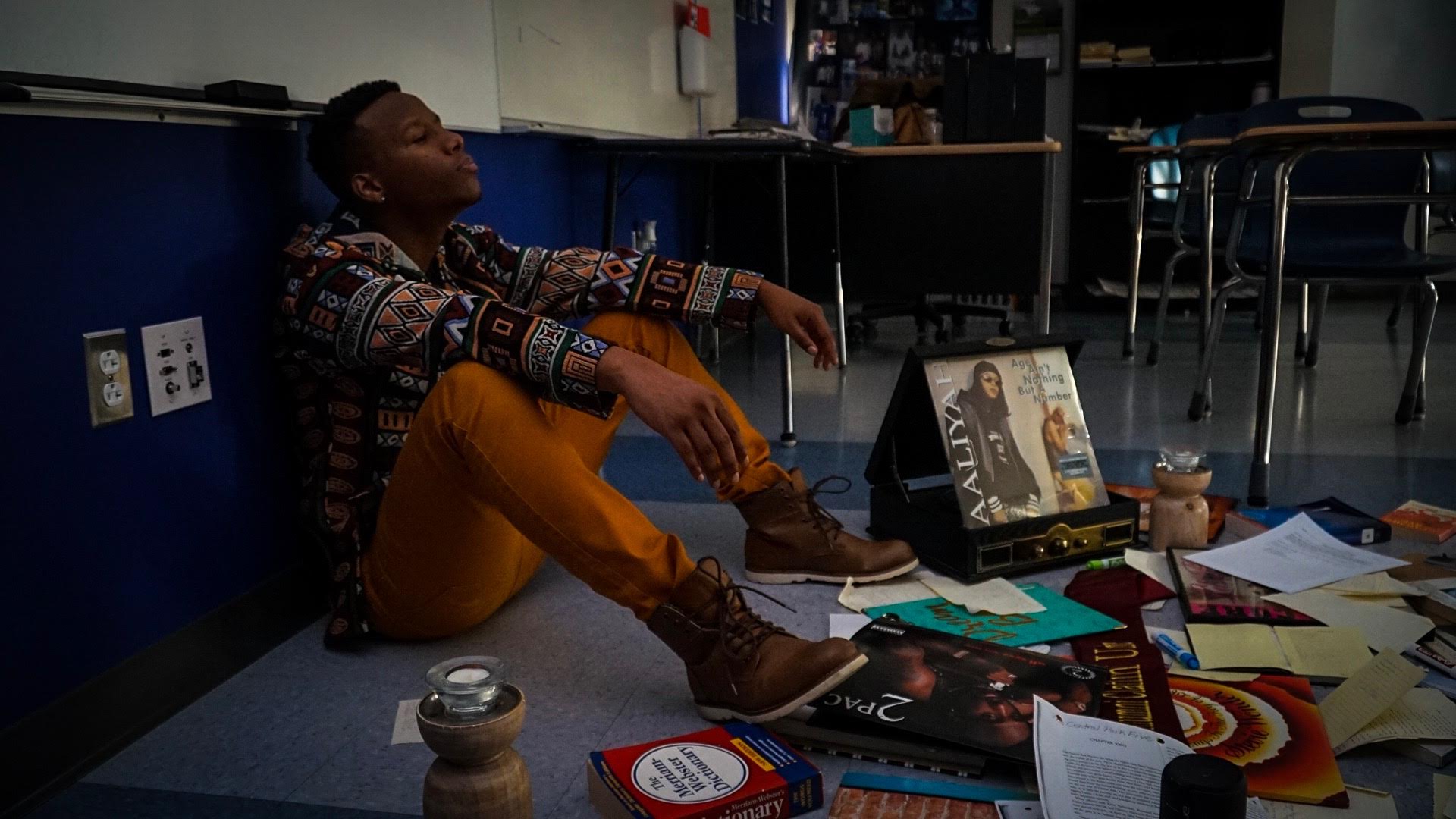 From Teacher to Singer: How Mark Donavin is balancing life in the classroom and the studio.   B-radio sat down with Mark Donavin to discuss the ins and outs of his upcoming debut project.  Along the way we dove into his professional transition, and how it aligns with his passion.

B: So, you’re doing music now, how has that been so far?

B: Would you say this is more of a transition and not to be seen as exploring?

MD: Yeah, it’s more of a transition.  Think about most artist or people in general.  Nothing is really new.  When you see someone doing something it’s either they’ve been doing it, or just keeping it under the wraps.  For most people, they don’t know that about me.  I give the very surface version of myself.  So now that I’m transitioning into music, I’m really letting people see who I am.

B: Most who know you, know that you’re a teacher.  And since you’re going from teacher to singer how has it been balancing the two?

MD:  What I found; that in order for me to be great at both.  I have to mesh the two.  Teaching takes up a lot of time…energy, and it’s very selfless.  And an artist is very selfish…and so, the only way to get it done is to use the resources I have at hand.  And that’s the selfish part.  The artist in me is taking the talent and skills of the people around me at my job, and saying “okay, help me do this.”  “You have the talent.  You have the skill.  I work with you all day long why not make something good that both of us are passionate about using our talents.”

B: So, you have been able to tie the two together?

MD:  I have!  It’s hard in the sense of…level of dedication.  And I say that because I get paid to teach.  First and foremost I need to make sure my ducks are in a row.  But it is at a point where teaching is not something I have to think about.  It’s second nature at this point.  So, I can put the effort into my art.  But it’s still a balancing act, because I love both things.  They crossover into each other, even when I don’t want them to. 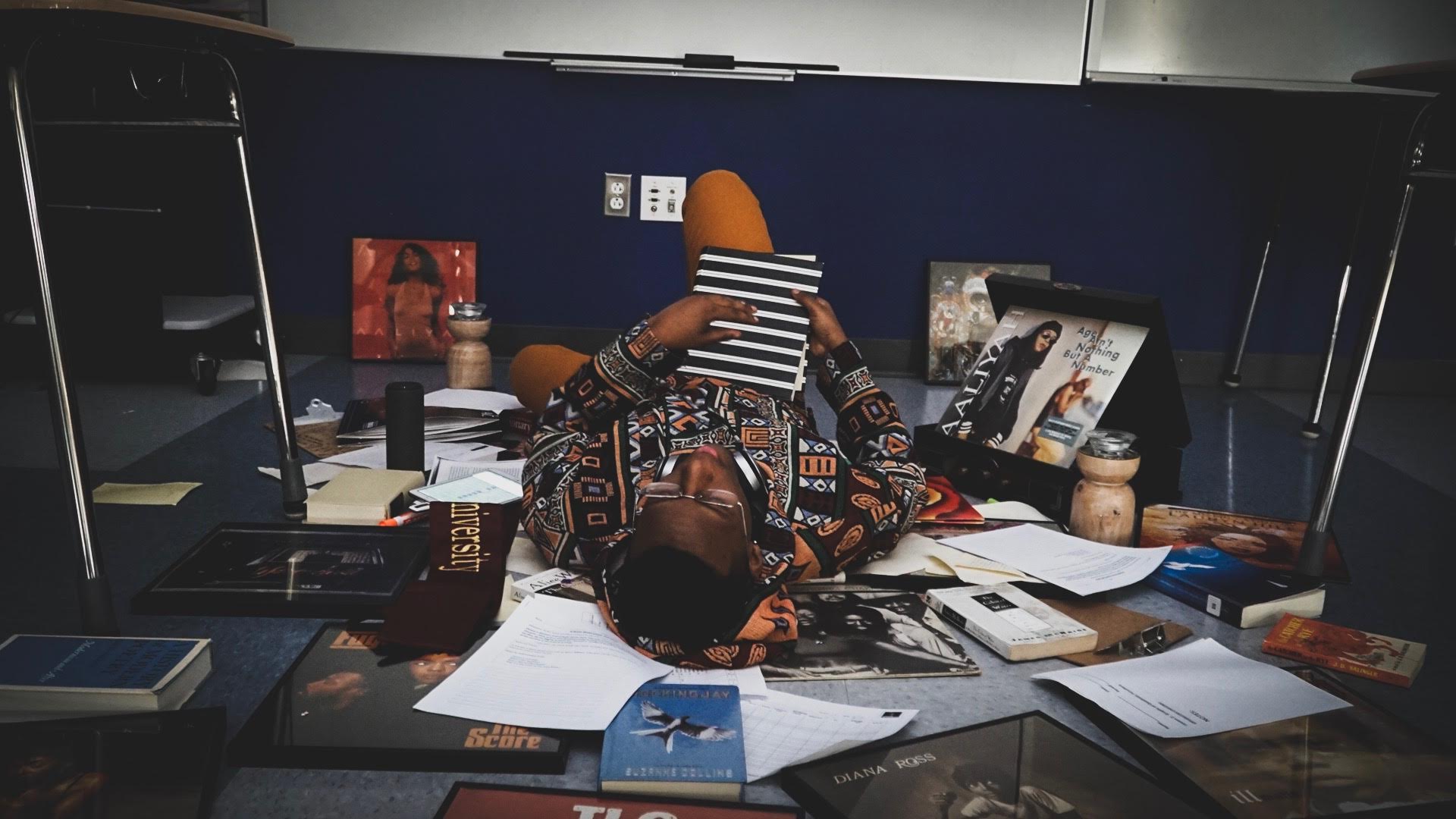 B:  Okay, so the project.  What is it exactly that we can expect?

MD: The project…So we’re going to call it the project right now because we don’t have a title [laughs].

B: So, its untitled?

MD: It is untitled at the moment.  I thought I had a title, which was “Songs from the 23rd,” but I was finding that the songs I have chosen for my project don’t really speak to that title.

B: And why that title?

MD: I picked that title initially because me embarking on this transition really didn’t happen until I moved to my current apartment.  And the number of my apartment is 23, but the number 23 has really popped up in my life more than once.

MD: It’s the Jordan year.  It’s the year where I had the best times of my life…it was 23.  I’m actually kind of obsessed with the number 23, more so, the number 5.  When you think about numerology.  People who are born under the number 5 typically have a good nature of art.  Everyone likes them.  They’re people person’s.  People gravitate towards them.  I’m actually born on the 22nd of the 5th month at 11:58. 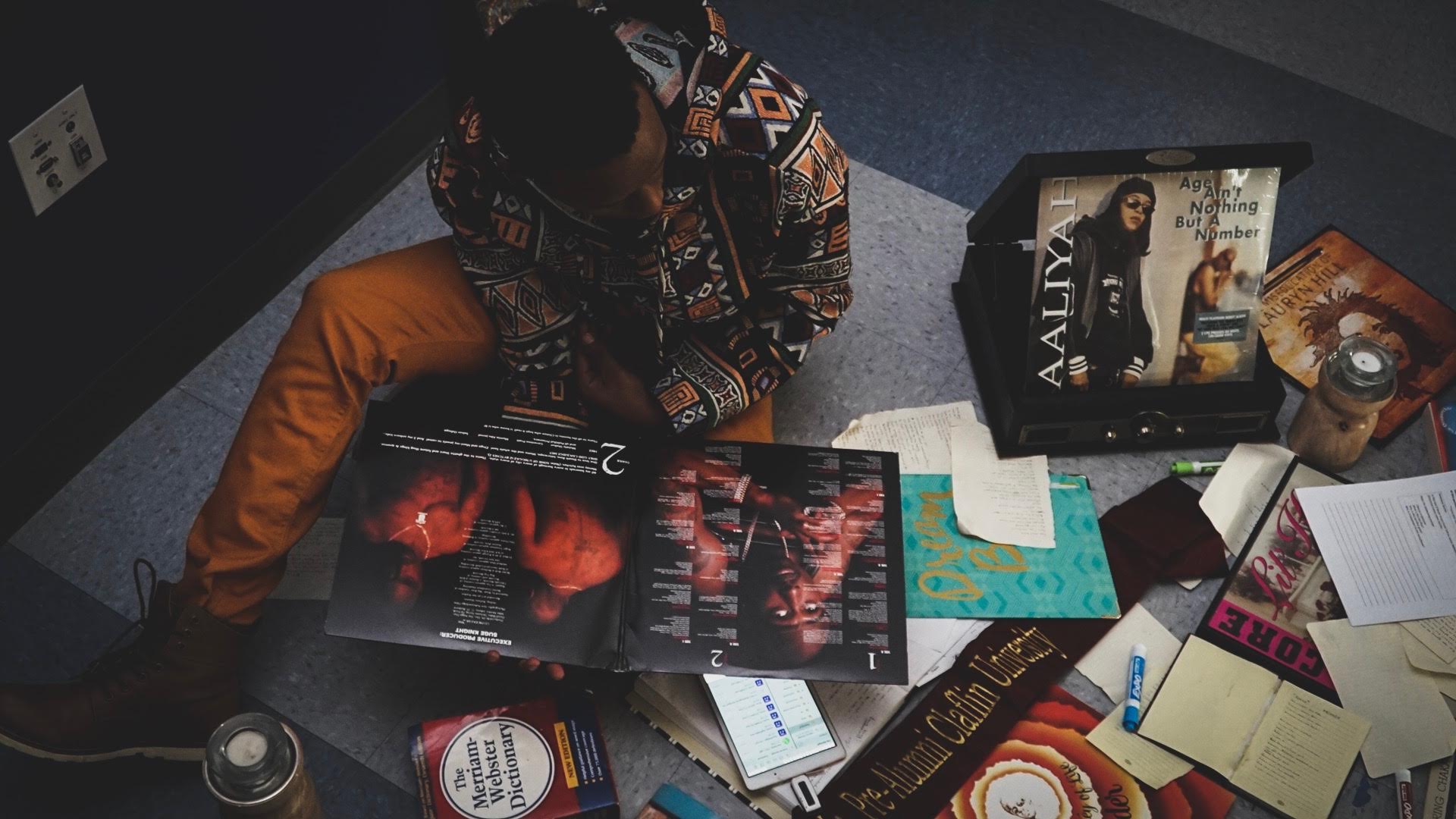 B: How many songs?

MD: [SIGHS] so I’m torn between two of them.  I’m lying! I’m lying!  I’m not torn between two of them.  I know what’s going to be the lead single.  It’s funny because I know what the single I want to premiere with, but I honestly feel like the second song would be the song to pop.  So, the title of the first song I’m going to drop is called “Love Things.”  It’s about getting in a relationship and getting to the point where you realize that your partner has control issues.  Where everything has to be perfect for them.  That’s the first single.  The second song is called “Time Out.”  It has a Tank sample.  “Time Out” is what I miss about R&B music; men begging.  I miss that and that’s what “Time Out” is.  The lyrics aren’t intense or extremely dense.  It’s a cry out saying hey, “I want your attention.”

B: So, what genre is this project going to be listed under? Because you know more and more artist are veering away from R&B, or “re-defining” it.

B: Okay, how’s the recording process been?

MD: Hard! OMG! Like I said before.  I haven’t had the time, energy, and money to actually invest in this in my early years, so there are hundreds, hundreds and hundreds of rough recordings.  And so, from that process it became therapeutic.  Just wanting to get it out, and it coming together really really well.  Going in the studio has been..it’s been a good experience in the sense of hearing what it’s going to sound like and excited for everyone to hear it.  Learning…without any professional music training whatsoever.  It’s been a learning experience more than anything else.  Learning how to change my tone and pitch here and there because it comes off different once I record it.  Or making sure I enunciate my words so that I’m not slurring over the lyrics.  It’s like the little mechanical things I’m learning. I’m perfecting the thing I created.

B: Has anyone heard the music you recorded?  How’s the feedback been?

MD: There are a few people I know who are connected to the music industry, or have connections.  Producers, vocal coaches, songwriters etc.  And it’s been very positive. The initial thing that everyone gives me is the lyrics.  How I put words together, and things like that.  I guess that feels good to be just because I am a writer, and to know that my feelings, emotions, thoughts are able to be conveyed in a way that you’re able to read into them and get more than one meaning.  In regard to what meaning that you get, you get fulfilled from it and become attached to it.  That’s what music is kind of missing.  Right now, music is about “let me get this song out so people can rock to for two days or a week.”  I miss music when I can feel the song and not get tired of it.

MD: [long pause] nervous or excited.  I’m scared! [laughs.]  I’m scared and the reason I say that is [long pause] there are certain things I do care about what people think.  Something like teaching I care, because it’s directly effecting the youth.  When it comes to the music I’m actually scared because the people that I’ve let hear it have told me that I’m good, but I’m scared that somebody is going to come for me.

B: Understandable.  So, within the batch of songs is there any song that you’re not going to share with the public?

MD: The reason why there isn’t a song that I would not share with the public is because that’s what I’ve been doing all my life.  Not sharing my music.  And that’s what I want to do anymore.  [laughs]

B: Gotcha.  So, when is the due date for this untitled project?

MD: I don’t like to put dates on stuff because things change.

MD: But you can look for something at the top of the year.  Website launch.  Photos, and cover.

B:  People want the music, when is the music coming?

MD: the music will be here top of February.

MD:  Music wise.  The first thing that people will get is my cover.  I just decided what I’m going to cover.  It’s just a matter of getting it done.

B:  Gotcha. Well we’re all excited to hear what this is going to entail.  This 5 song EP, that used to be titled “Songs from the 23rd” and is now untitled, sounds worth the wait.  More so, we’re anticipating hearing “Love Things” an all this project has to offer.  We thank you for your time Mark Donavin and look forward to your music. 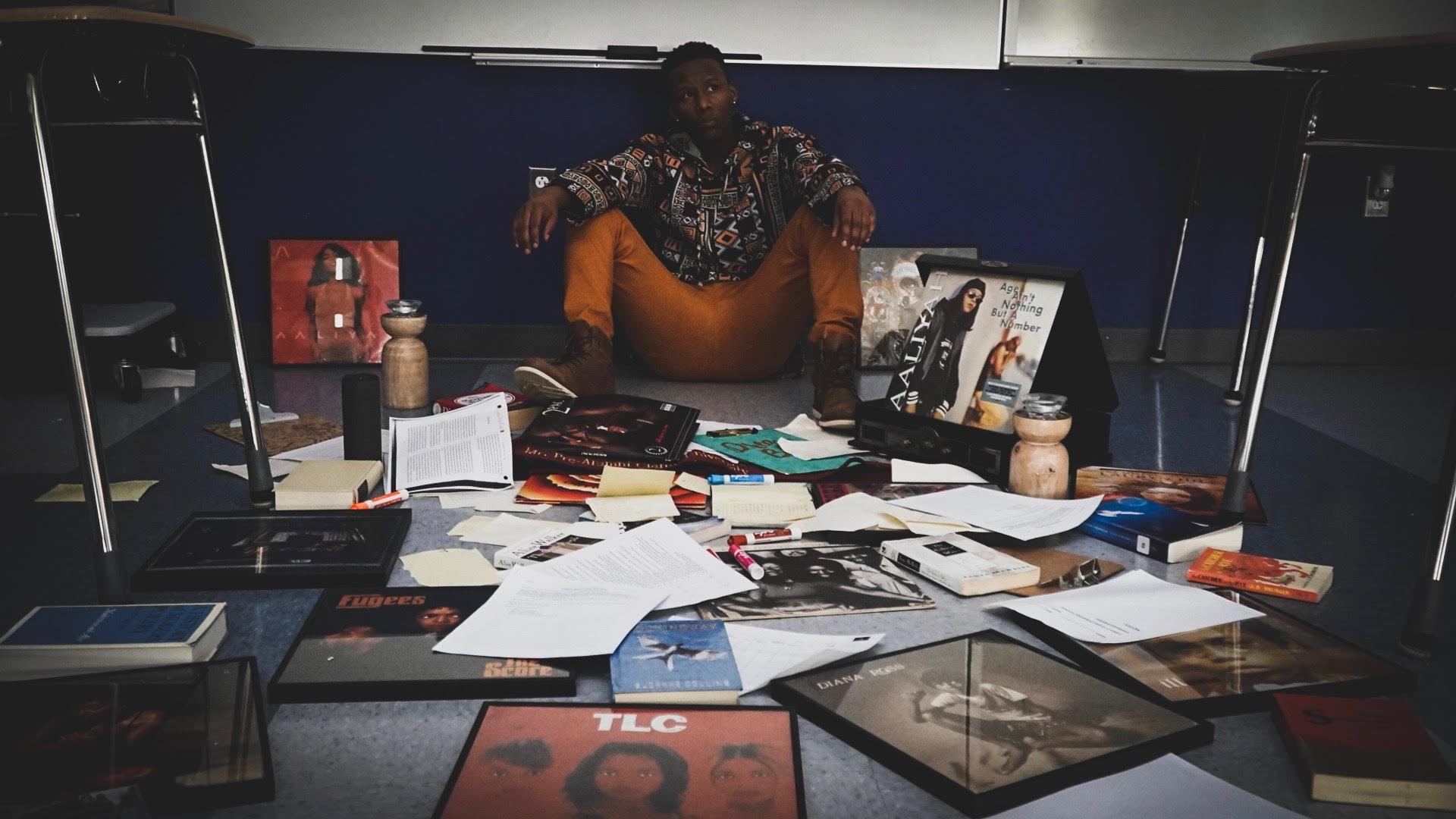