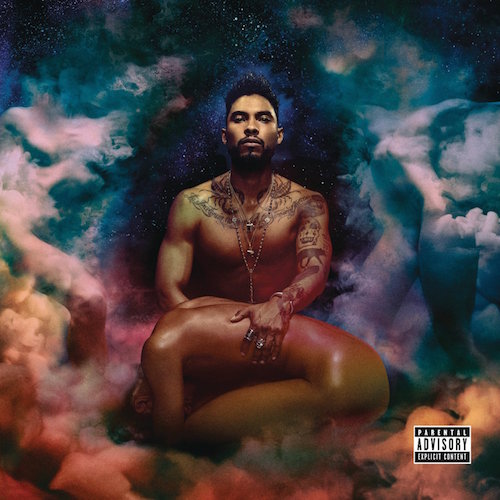 Miguel is one of R&B’s newcomers who has kicked the door in and left his stamp on the genre. Though his music doesn’t sound like your traditional R&B music full of love ballads, mid and up-tempo’s, it is R&B at its finest. Returning with his follow-up project since his 2012 “Kaleidoscope Dream” album, Miguel is opening up his wild heart to the world.

“Wildheart” opens with a breaking news report of a car crash accompanied by heavy guitar sounds blaring in your ear. The lyrics to “a beautiful exit” imply the old has died and the new is here.

“Accept the new, don’t mingle on the past, believe yourself, trust your intuition, you’re here for a reason, you know”

One thing for sure is the album offers its fair share of sexual songs. He is no stranger when talking about sex in his music. As the albums leading single “Coffee” is a clear metaphor for morning sex, which trails the extremely explicit “the valley.”

“I wanna taste your sweat, force my fingers in your mouth, fuck you like I hate you baby, I wanna sweat you out”

He also wants to body surf on “waves,” and on the track “FLESH” he channels the purple man himself for a song that sounds like a track left on the studio floor from a Prince jam session. The LP’s personal track “what’s normal anyway,” can serve as a theme song for the social misfit, as it also touches on race, class and religion. It echo’s the longing to belong, but to also not accept societies definition of “acceptance” cause it’s ones own happiness.   We’re offered a guitar solo from Lenny Kravitz on the albums closing track “face the sun.” It’s an ode to his longtime girlfriend of ten years, Nazanin Mandi. The other album feature comes courtesy of Kurupt on “NWA.”

“Wildheart” is electric, funk, and blues. The albums material easily grows on you with each listen. It showcases his growth sonically, but more noticeable is the fusion of sounds and experience; its musical porn that’s liberating and sexual. You can hear the heart of L.A. in the music and there’s parts where you’ll think it’s an ode to L.A. “Hollywood Dreams” is the truth of the journey to the dream. Miguel has crafted an album that can soundtrack a night full of joy, booze, sex and no regrets, leaving two with no sleep, but sweet memories and in dire need of a large cup of coffee in the a.m.

I can be your cup of tea or shot of Hennessy!
Related ItemsMiguelWildheart
← Previous Story 12 Essential Hip Hop Albums of the 90’s
Next Story → Tyrese “Black Rose” Album Review