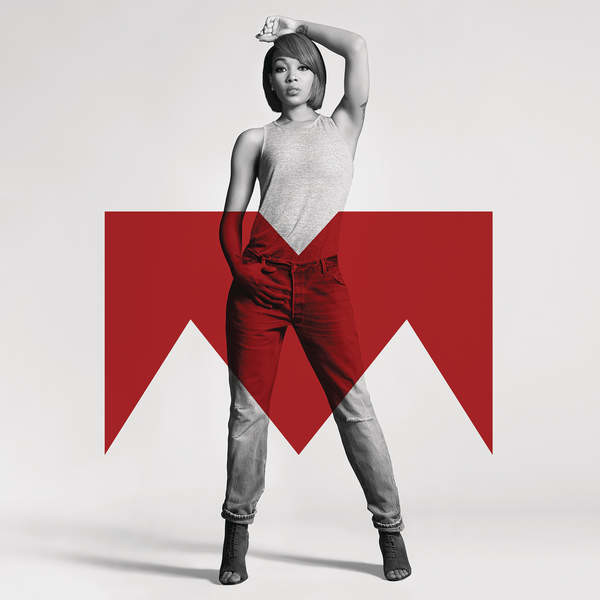 Returning after her 2012 LP “New Life,” Monica sounds the alarm for a state of R&B emergency with her eighth studio album “Code Red.” The R&B singer teamed up with long-time collaborating producer Polow da Don for the bulk of the albums material, in which she co-wrote.

Hit-maker Timbaland also offers production, along with vocally assisting her on two tracks. Sadly, Tim outshines Monica on both tunes. His singing on “Love Just Ain’t Enough “ is a slight earache before Mo enters at the minute and a half mark offering only one verse. The same thing goes for “All Men Lie” where he carries the song while Monica delivers one verse once again. However, the song is darn good with help from the horn section in the background, although it isn’t even three minutes in length. It serves more as an interlude, with Monica exercising her adult right to use profanity.

Lil Wayne finesses his cameo on the projects leading single “Just Right For Me,” while Akon opens their duet “Hustler’s Ambitious.” Too bad it sounds as though their voices are being coerced. Her daughter and Missy are both featured on the album’s opening and title track ”Code Red”, and the only thing good is her daughter Laiyah reciting Missy’s famous line “New Monica.” The song echoes something from a leftover Ciara session.

Guaranteed to be fan favorites and standouts are “Deep,” and “Alone In My Heart,” where she exudes classic Monica. The throwback feeling of “Call Me Name,” which could be the older sibling of Destiny’s Child’s hit song “Say My Name,” mixed with the Texas influenced chopped and screwed background vocals. Meanwhile, “Suga” is influenced by the 80’s and the late Teena Marie, but comes off as a distant cousin from Beyonce’s catalog.

“Code Red” is a vast of improvement from her prior effort. The 14 tracks capture Mo’s personality and display some growth in Monica while staying true to who she really is. She seems connected to the collection of songs and it’s heard on the ballads “Anchor” and “I Know,” both are beautiful traditional ballads, but still safe. “Saints & Sinners” is everything the R&B veteran is rooted in, and although Monica didn’t necessarily resurrect R&B with “Code Red,” she did step out of her comfort zone, while rocking the boat a few times with these batch of songs.

“I miss Michael and Whitney and Teena and James, and the Fugees, and Lauryn, I miss Kurt Cobain”

“Code Red” has its moments as it throws the genre a lifeline. On “I Miss Music,” which is the heart of the album, Monica pays homage to her peers in which she grew up idolizing. Asking the question “what am I gonna sing to?” The ode may leave many questioning the state and value of music as a whole, especially R&B, but if nothing else “Code Red” will provide you a few songs to sing to.

I can be your cup of tea or shot of Hennessy!
Related ItemsCode RedMonica
← Previous Story Best Albums of 2015
Next Story → Chris Brown “Royalty” Album Review