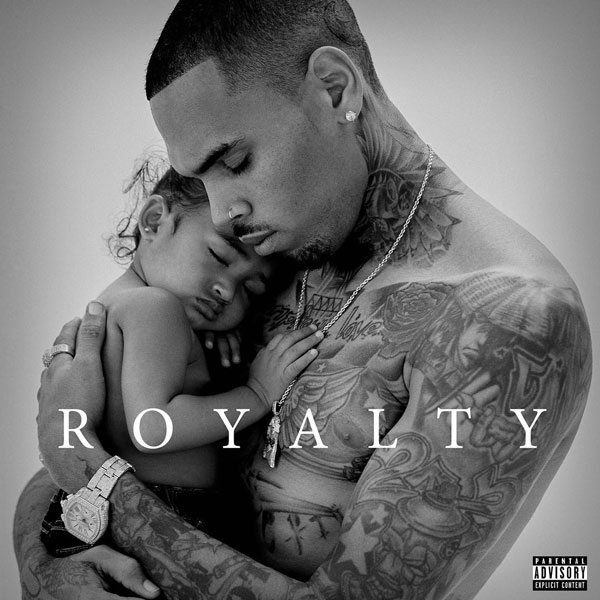 “Royalty” marks Brown’s seventh studio album in his ten-year career span. Although it’s named after his one-year old daughter, Chris did not deliver his fans a bunch of lullaby’s and teenybopper music.

Aside from the albums two odes that mirror his current place in life, “Royalty” is a collection of explicit party music. There’s “Little More (Royalty)” where he pleads his daughter for more quality time, and “KAE,” where he admits that he and his former girlfriend Karrueche Tran have grown apart and become strangers.

Like most artists who are influenced by the music of the 90’s Chris displays his love by incorporating elements of 90’s tunes into songs such as “Picture Me Rollin” that borrows its name from a 2Pac song, and loosely pays homage to Warren G. & Nate Dogg’s hit song “Regulate.” He thumbed through Keith Sweat’s discography and grabbed “Nobody” for “Who’s Gonna (Nobody),” before attacking R.Kelly’s “I Can’t Sleep” on the end of “Discover.” The albums opening track and leading single “Back To Sleep” contains Marvin Gaye’s “Sexual Healing” sample. However, the LP’s explicit version destroys the good feeling of the song.

He rescues a stripper for the night, but the two engage in a sexual escapade on “Little Bit,” before easing into “Proof” where he tries his best to reassure his woman of his doubted devotion due to his insecurity and lies. You have the playful “Blow It In The Wind” and the let’s get the adult party started “Make Love” that intertwines with the albums dance tracks.

The music exploration on “Royalty” can lose you sometimes, and although there is something for everyone, there isn’t enough for one. Most of its material sounds like his overexposed features that have saturated radio. Containing the same sexual subject matter throughout, it’s the perfect soundtrack for wild nights. The LP lacks sound growth and the heavy production strips the magic of his voice. With Michael Jackson being his idol you would think you’d hear his very own version of “Billie Jean” or “Dirty Diana” being his child was the product of a casual fling and appeared nine months later. Sadly, Brown opted out that route and may have stripped himself of his crown.

I can be your cup of tea or shot of Hennessy!
Related ItemsChris BrownRoyalty
← Previous Story Monica “Code Red” Album Review
Next Story → 4 Ways to Jumpstart Your Fitness Journey