NEW: Tupac ‘All Eyez On Me’ Biopic *Trailer* 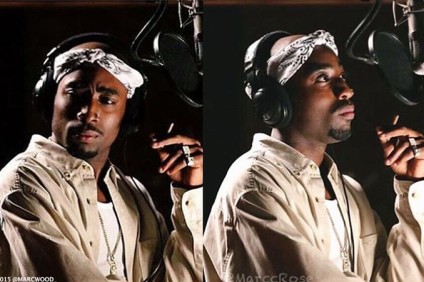 We’re now months away form the long-awaited, somewhat hated, drama surrounding Tupac Shakur biopic, ‘All Eyez On Me.’  And although it won’t arrive until this summer, we’ve got another look at a newly released trailer.

This new minute-long clip showcases a speech by Tupac’s late mother Afeni Shakur who’s portrayed by Danai Gurira of “The Walking Dead.”  This new trailer also features Jamal Woolard reprising his role as The Notorious BIG— the role he portrayed in the 2009 biopic Notorious. We see a brief conversation between the two rappers who both lost their lives just six months apart.

‘All Eyez On Me‘ is directed by Benny Boom and stars Demetrius Shipp Jr. as Tupac. It’s due in theaters June 16th, which is Tupac’s 46th birthday.