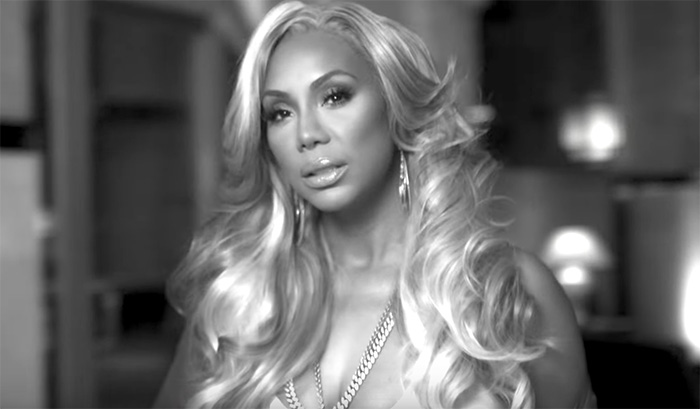 On the heels of her theatrical performance on the BET Awards last night, the baby of the Braxton clan keeps the theatrics coming.

In the black and white music video full of dramatics, Tamar Braxton catches her man in a hotel room with another woman cheating.  On the family’s reality show Braxton Family Values, Tamar mentioned ‘My Man’ was inspired by her parents tumultuous relationship. “I wanted to be a voice for my mother and say things that she didn’t get to say to both of them when it was all going down,” Tamar told Rap-Up. “I wanted to truly channel her as a woman and not just as my mom, to confront the both of them.”

As of now, there isn’t any date or title for her upcoming album, which is due for a late summer release.  Its been reported that the project is executive produced by Rodney Jerkins and Tamar’s husband Vincent Herbert.

Watch the video below…

I can be your cup of tea or shot of Hennessy!
Related ItemsBraxton Family Valuesmusic videoMy ManTamar Braxton
← Previous Story Inside Kenya Moore’s Secret St. Lucia Wedding (PHOTOS)
Next Story → Summer TV is Hotter Than Ever