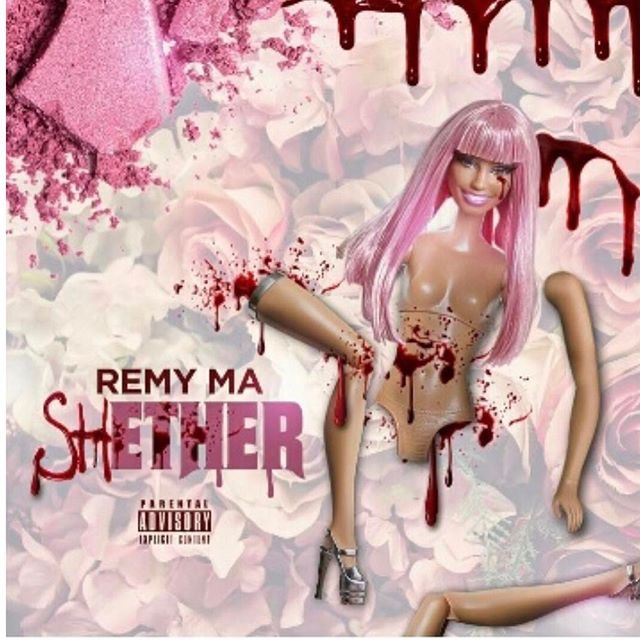 For those who speculated of a beef between female rappers Remy Ma and Nicki Minaj.  Remy just put rest to any speculations with an epic diss track “shEther.”

Just yesterday [Feb. 24th] Gucci Mane & Nicki dropped a new song titled “Make Love” where many speculated that Nicki was taking shots at Remy although she never said her name.  However, Remy response leaves no room for anyone to make any assumptions of who she’s talking about.

On the six minute plus track over Nas‘ classic “Ether” diss track, Remy brings up Nicki’s butt implants, accusing her of copying her style, and her extra curriculum affairs with Lil Wayne, Gucci Mane, Hot 07 host Ebro, Trey Songz and more.  She didn’t stop their either, as she continued Remy spoke on her breakup with rapper Meek Mill, and alleged to drug use as well as some other things.

Listen to Remy Ma sting Nicki on several topics, and tell us who you think won?

I can be your cup of tea or shot of Hennessy!
Related ItemsNicki MinajRemy MashEther
← Previous Story Taylor Bennett- ‘Restoration Of An American Idol’ Mixtape *STREAM*
Next Story → 6 Life Lessons Erykah Badu Taught Us with Her Songs