6 Life Lessons Erykah Badu Taught Us with Her Songs 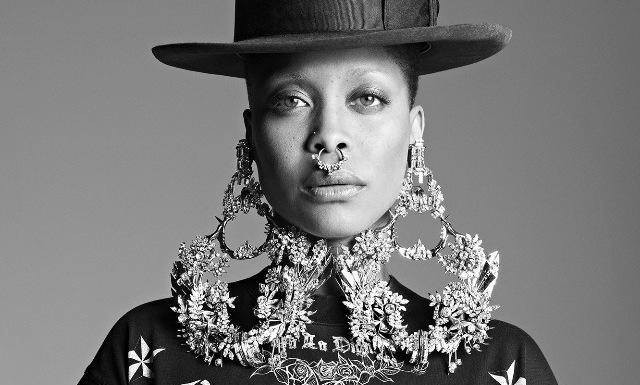 Who knew twenty years ago when Erykah Badu dropped her debut album Baduizm that the isms from Badu would continue to flow as more music came? For the past two decades Erykah has dropped some pretty solid knowledge on life and love. Here’s a few gems regarding life and it’s lessons through Badu’s songs.

Appletree: Knowledge of self is key. Another key factor are those in your inner circle. “I pick my friends like I pick my fruit and Ganny told me that when I was only a youth.” While friendships are a beautiful thing, Erykah has taught us that she ain’t gon beg you to be her friend. “And if you don’t want to be down with me/ then you don’t want to pick from my appletree.” She cited Brandy’s “I Wanna Be Down” as the song’s inspiration.

lil Badu trivia: I was in beginning stages of BADUISM I was listening to @4everBrandy
So much.Her song WANNA B DOWN inspired APPLE TREE.

Otherside of the Game: Often times the life of a hustle’s girlfriend is disguised to appear glamorous, but this time Erykah decided to expose the truth of the lifestyle. The sleepless nights, along with the constant of living in fear, and the what if if he ends up going to jail? It’s a life lesson in security verses sanity.

Green Eyes: If you’ve ever wondered what the stages of a breakup look/sound/was like, then Badu explained it in three parts over ten minutes. Badu was extremely transparent about her departure from Andre that it took the merging of three songs to make one. From being unsure, to begging, then just plain ole convincing yourself they ain’t “the one.”

Stage one: Jealousy & Denial– my eyes are green/ because I eat a lot of vegetables/it don’t have nothing to do with your new friend… but I don’t love you anymore/ yes I do I think/ loving you is wrong…

Stage two: Acceptance– feeling insecure/ your love has got me sore/ I don’t want no more.

Stage three: The Relapse– I’m sorry/ I love you/ at first it was cool/ you told me you loved me too…

Window Seat: There’s an importance to taking time for ones self. You may need a plane, train, or automobile, but you must get up and go. When life gets a hold of you and drags you in any and every direction, hit pause and recharge. “Concentrating on my music, lover and my babies.” Some folks just don’t understand when you don’t want to be bothered.

Tyrone: Badu’s biggest song to date was a freestyle. However, the lesson of knowing when enough is enough is life’s game changer. Tyrone is a metaphor for that person, place, or thing in life that’s in your way. When you’re unable to take anymore and become fed up, you’ll kick your Tyrone to the curb. Hopefully when Tyrone phones you back you won’t pick up.

SUGGESTED: Erykah Badu “But U Caint Use My Phone” Mixtape Review

I can be your cup of tea or shot of Hennessy!
Related ItemsBadizmErykah BaduFeaturedMama's GunTyrone
← Previous Story Remy Ma Drops the ‘shETHER’ on Nicki Manij (DISS TRACK)
Next Story → The BMW Tupac Was Murdered in Is Up for Sale