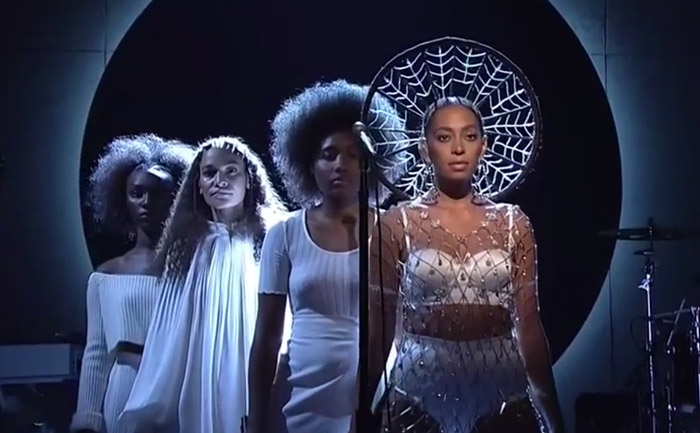 Riding the wave of her first No. 1 album A Seat at the Table, Solange Knowles takes her popular tracks to the SNL stage.

Introduced by host Benedict Cumberbatch Solo sparkled with her headpiece as she performed “Cranes in the Sky” for the live televised show. Later she performed “Don’t Touch My Hair” and was joined by Sampha who’s featured on the song for the joyful performance.

“Thank u @nbcsnl for having me, & to all who watched & showed love…❤️️ I had a great time, even through the imperfections & nervousness!” Solange later tweeted.

Watch both of Solange’s performances below…

I can be your cup of tea or shot of Hennessy!
Related ItemsA Seat At The TableSNLSolange Knowles
← Previous Story New Music: Bruno Mars- ‘Versace on The Floor’
Next Story → New Video: Mary J. Blige- ‘Thick Of It’