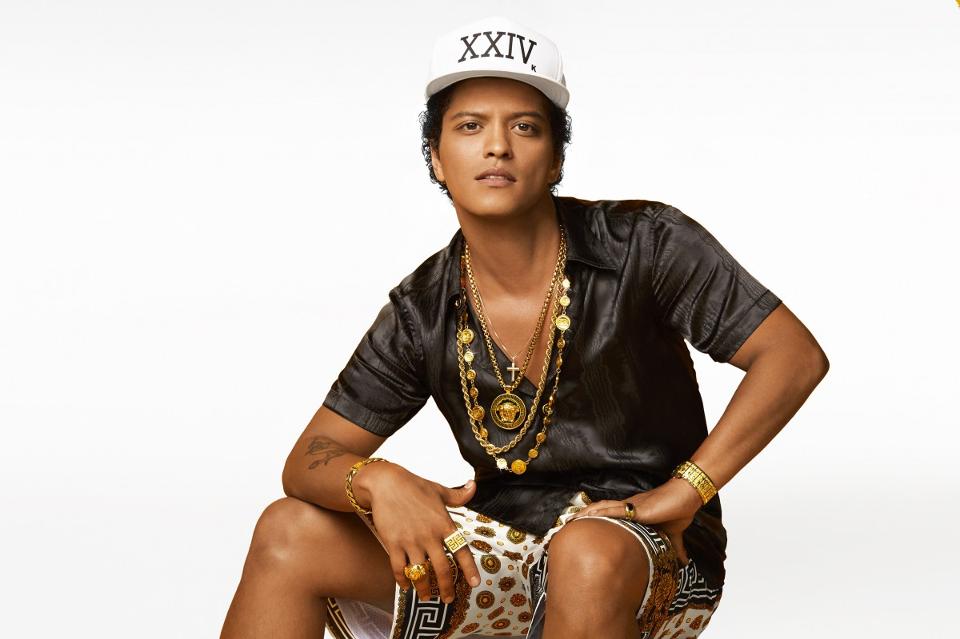 Bruno Mars is ready to deliver his magic.  As we draw near to the release date of his upcoming third album 24K Magic, which is due on Nov. 18th. Bruno takes a dance break and slows things down on his new tune “Versace on The Floor.”

On the 80’s- 90’s sounding track Mars sings about love making “Oooh I love that dress but you won’t need it anymore/ let’s just kiss til we’re naked/ Versace on the floor.” The crooner spoke about the song in his cover story for Rolling Stone referring to the song as a “Boyz II Men-ish anthem.”

I can be your cup of tea or shot of Hennessy!
Related Items24K MagicBruno MarsVersace on the Floor
← Previous Story Here’s Why Kanye West Abruptly Ending His Concert; AGAIN!
Next Story → Solange Performs on ‘SNL’