Teyana Taylor and Iman Shumpert get sexy for GQ Magazine.

The G.O.O.D. Music songstress and NBA Cavaliers baller, who were named Sexiest Couple on Earth show off their hot bodies and fun side in a stylish photo shoot for the publication, that was done in their Cleveland home. 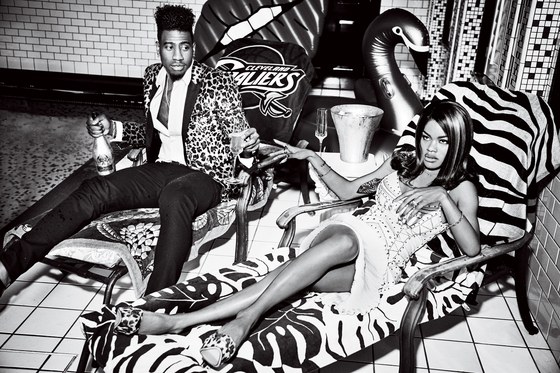 The stars of Kanye West‘s “Fade” video finally publicly revealed that they got married, and where,“We’ve never shared this—but we literally got married in our room in front of our bathroom here where Junie was born, so it was very special,” says Teyana. “That was definitely a major, major highlight of the year and one of the best things of my life.” 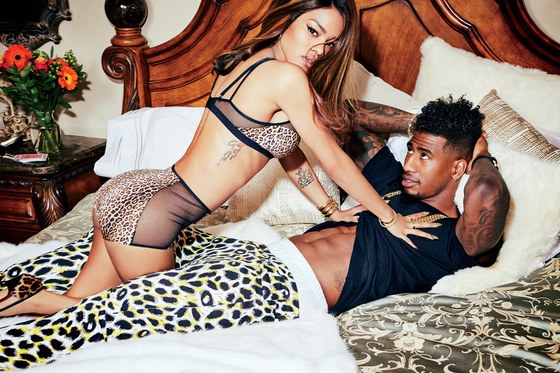 On dealing with the spotlight as a couple:

“I think what other people would consider a struggle is the fact that when you are doing good, there’s always people that want to bring you down and see you fail. So they’re going to do whatever it takes to try and make that happen. But I think what has made us strong is we have put [in] a lot of years and a lot of love,” she continued. “So it was like, at this point, nobody can really break us apart. We don’t have any struggle with regards to that because it’s like people’s stories aren’t good enough. It’s almost like, ‘Okay, you said you did this—’ literally me, him, and Junie were just at practice, [or] we were just at my soundcheck, so when does he have time to do that?”

“We’re busy looking for Junie. Because she’s crawling and trying to walk now, and my husband’s like, ‘Okay, Junie’s way too quiet. Where’s Junie?’ She walked somewhere, and she’s like twelve steps up with something in her mouth that should not be in her mouth. The majority of the time, we’ll put Junie [down to] nap, and we love naps, all three of us. Junie, man, Junie’s the best. Because she kind of just be rolling with the homies, she’s cool with the vibe. We sleep, she sleeps. We’re up, she’s up. We move around, she moves around. Except when me and Iman be lovey-dovey, then she can be cock-blockin’.”

“We actually have a ball. I ain’t even going to front. We love the movies. We love a movie and popcorn night at the house as well. We like good restaurants. [We] take Junie to Chuck E. Cheese’s. When you’re with the person you don’t mind being with all day every day, y’all could be in like West Bumblefuck and still have a great time.” 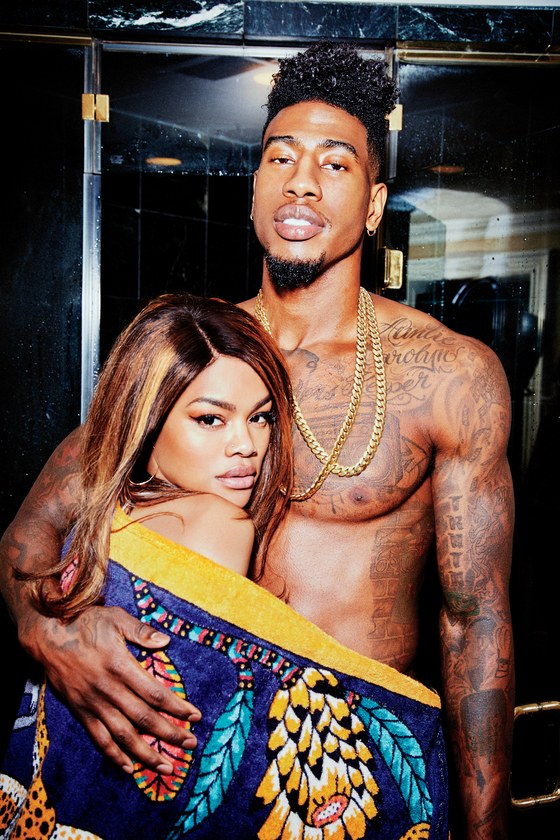 Interviewer: So describe a night at Chuck E. Cheese’s with Junie.
I.S.: Junie’s going to eat more pizza than us. She is going to throw stuff. She’s going to go to other people’s tables and try to take stuff. She’s going to try to scratch other kids. As soon as she gets home, she just passes out because she has exerted way too much energy, doing whatever she’s doing. But she loves it. She loves anything that’s got a lot going on. Like she loves basketball. She comes to the game. She stares at the Jumbotron. She knows when to stand up and clap.

Interviewer: Do Mom and Dad get competitive on the games at Chuck E. Cheese’s?
T.T.: You know what’s crazy? It’s really us against the world because the games at Chuck E. Cheese’s, there’s nothing to play each other against. It’s really more me and him versus the game. Trust me, we beat them. We be like, nah, nah, and we’ll just keep playing them until we get mad tickets. 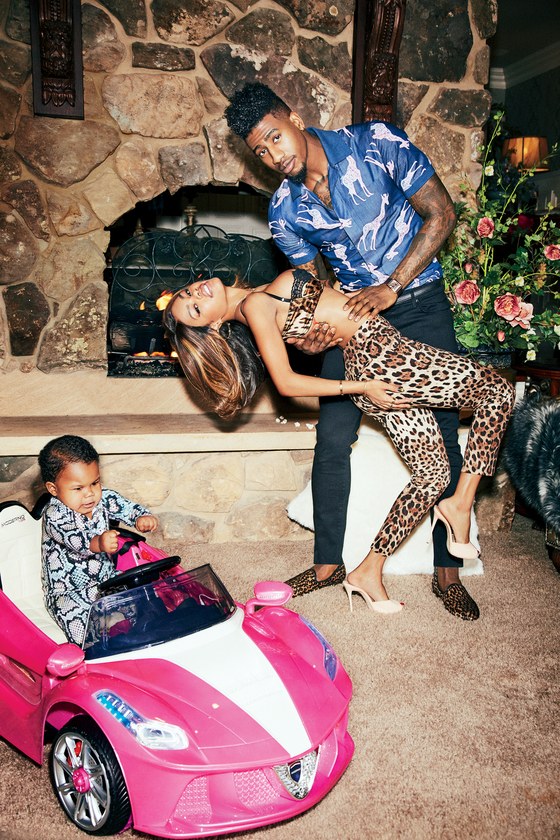 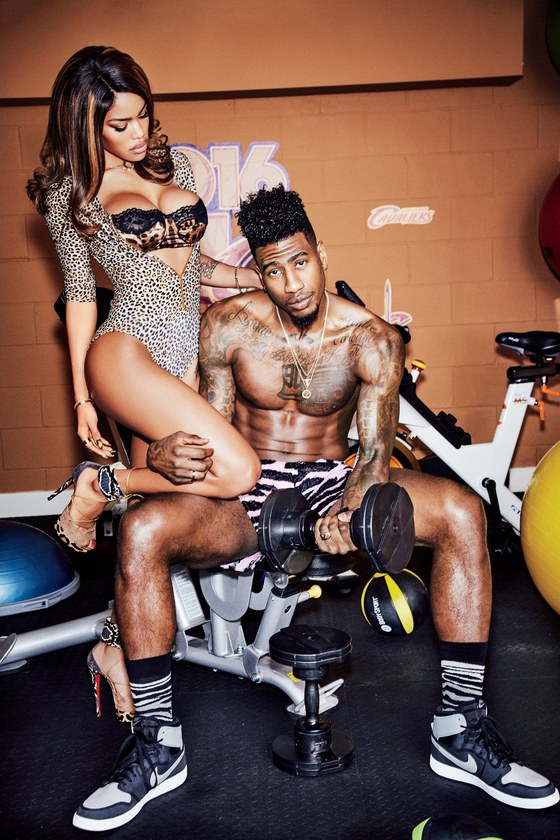 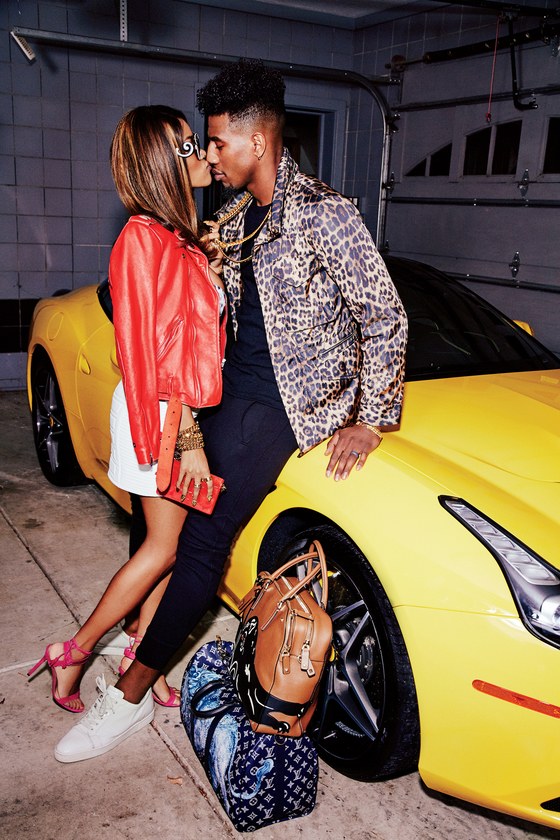 On their daughter Junie:

“She eats, sleeps just like Iman. Same pose. They’re both greedy. They both love to poop. They are so alike in so many ways. And then she’s like me as far as the curious parts. I’m like Curious George. My friends call me Jimmy Neutron. I’m always into gadgets and different stuff.” 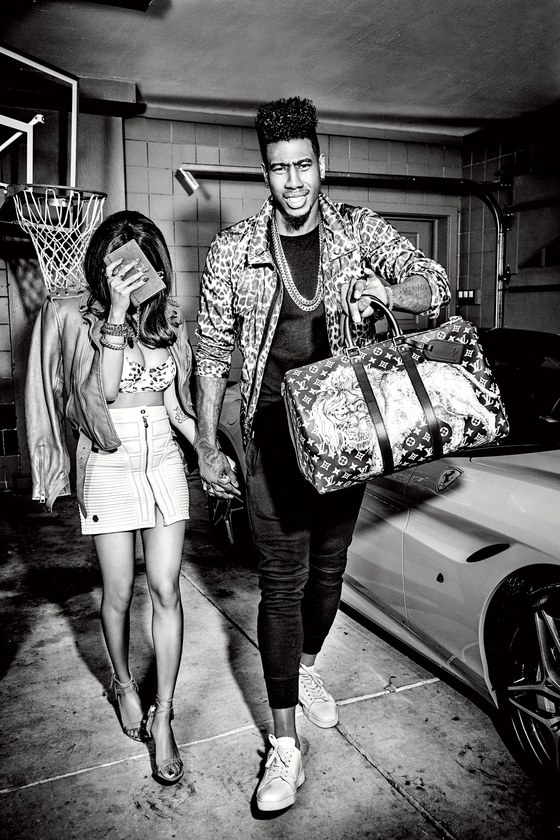