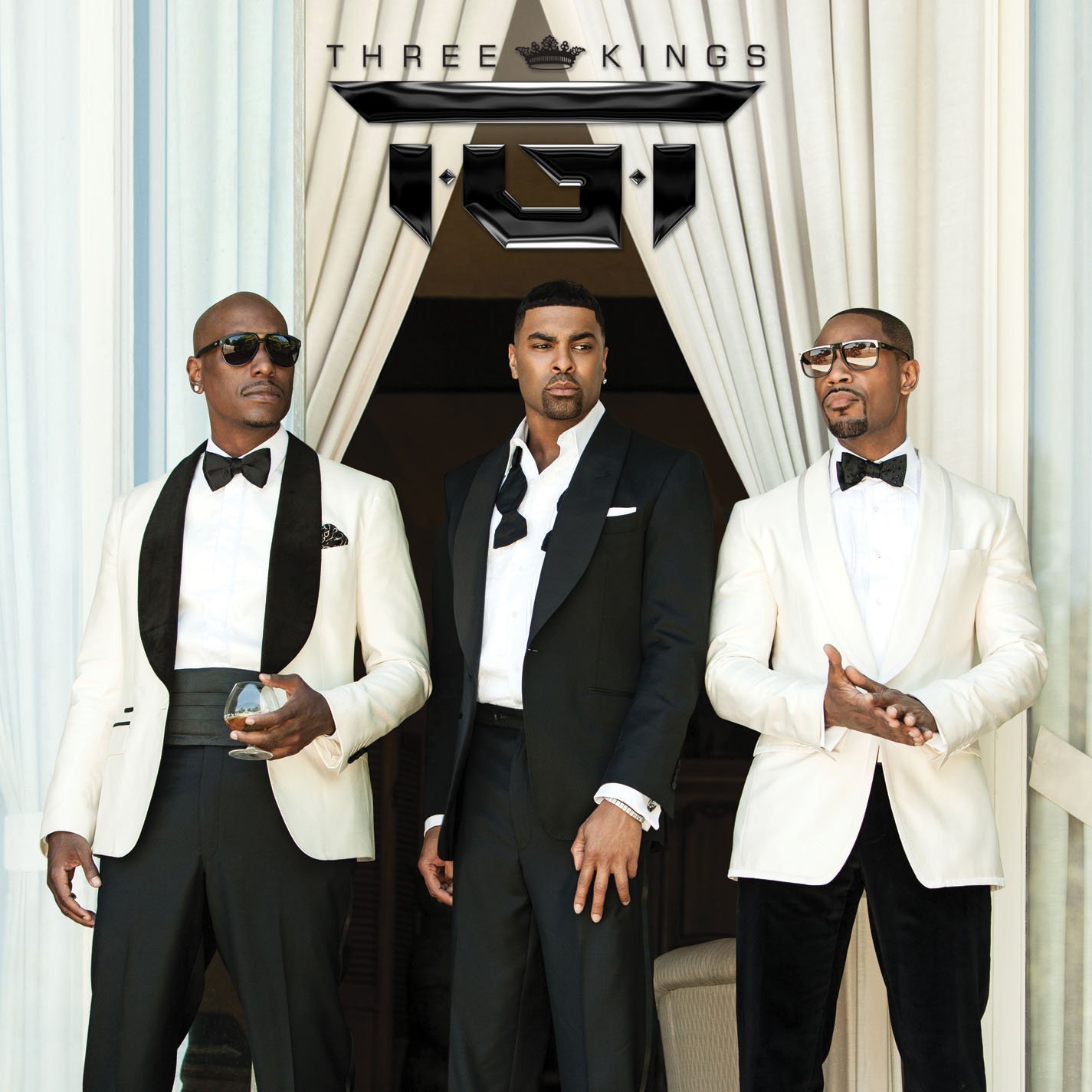 R&B heartthrobs Ginuwine, Tank, and Tyrese have joined forces and formed the R&B trio known as TGT, which is an acronym for their names. Their debut album as a group is promised to bring back real R&B as they said. Many may wonder how this project came about, but for those who don’t know, Tyrese and Ginuwine have been the best of friends for years. The two also recorded the song “The Best Man I Can Be” along with R.L of Next and Case from “The Best Man” soundtrack. Ginuwine has also appeared in a music video of Tyrese’s once before. Needless to say the two 90’ singers teamed up with singer and songwriter Tank and from that TGT was born.

The Three Kings album starts off on a high note with an upbeat tune titled “Take It Wrong” which features group member Tyrese’s alter ego “Black-Ty” spitting a few bars. It’s a great way to kick off the project but the song does kind of end abruptly, which sounds as it was on the production side of things. Following is the track “No Fun” where the guys sing about taking turns as they share women. The tune contains portions of Snoop Dogg & Nate Dogg’s song “Ain’t No Fun” off of Snoop’s debut album “Doggystyle.” The song is a cool and fun and sends you down memory lane reminding you of Snoop’s contribution to Hip Hop.

However, early in the album a few songs sound as if it was one long song, which can be good to some liking. Other than that, the album is pretty much full of sexual songs and offers nothing more. The LP has not one balled at all, but out of its eighteen tracks there are two interludes.

“Tearing It Down,” offers a nice sensual sex sound that has that old school and new school flavor. It will definitely be a stand out along with “I Need.” Though the piano intro sounds a little hollow, as if production was an issue once again.

I’m a fan of all three gentlemen and their musical contribution to the R&B industry, but I was against them joining forces as a group from the start. I will say, collectively they do sound good vocally. Their voices blend well, however, this album sounds like a homemade sex mix tape. The album lacks diversity, depth, and direction. The only direction this album is going is into a bedroom to engage in adult activities. Perhaps more material that talked about other things besides sex would have been acceptable. Here we have three grown men who are fathers, businessmen and more, but these selected songs are all one track minded. Now, I know that this may have been the direction they wanted to go in because they’re known for being sex objects, however don’t say the album is bringing back the essence of R&B music. R&B music has represented and given the world much more than songs about sex. The album’s material sounds like parlance that takes place in the men’s locker room, with such songs as “FYH” which stands for: F&*k You Happy.

The LP sounds like the men decided to rely on their sex appeal rather than talent to sell records. They have a strong fan base and their fans will support the project, but most of them are female fans that still fantasize and lust for them while they were in their heyday. And the men that support are supporting because they know women love them and the album will provide the perfect soundtrack for a panty dropping party.

“Explode” and “Running Back” are two other good songs, but it ends there for these Three Kings. The album is PERFECT for a night of love making with your mate, sidepiece, or whomever your victim is that night.

SIDENOTE: These men are extremely good vocalist who have an enormous talent, but this entire project could have gone better and been the album to catapult them back into stardom far as musicians or R&B artist. With the state of R&B being where it is, this is just not good enough. And to have the gumption to name the album Three Kings as if they were on the top of the music game in their prime. Tank is an excellent songwriter and singer, but he hasn’t made a huge impact in the industry. Ginuwine may have sold the most records within the three, but his career hasn’t been the same since the music industry changed. And as for Tyrese, his singing career has never really reached the magnitude it should have for someone of his singing talent. He’s become the star he is because of the blockbuster movies (Fast & the Furious- Transformers) he’s apart of.

I can be your cup of tea or shot of Hennessy!
Related ItemsTGTThree Kings
← Previous Story K.Michelle “Rebellious Soul” Album Review
Next Story → Big Sean “Hall of Fame” Album Review