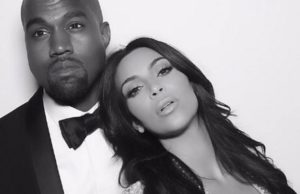 The mere mentioning of their names will cause most to cringe in despair. “Ugh I can’t stand him and she just makes me sick,” remarks easily uttered from lips of hated ones, but their fame and popularity is downright unstoppable. The West’s- Kim and Kanye have become the world’s most notorious loved and hated couple. Are these two hated for their social climbs or their many social crashes?

Kim: claim to fame is a leaked sex tape in 2007 titled Kim K Superstar with former boyfriend Ray J. that went viral on the internet. Owning up to it, then suing for the rights, she inked a lucrative deal with a major porn company and now receives $50k a month in residuals. The hate really poured in when her and her family debuted their E! Reality Show that same year. Along with that, they created spin-offs and a multi-million dollar Kardashian empire. Often accused of being “talentless” and famous for no reason. Kim endures the constant ridicule from lovers and haters for her relentless hyper-sexualized photos and selfies. Although many love her for it and wish they too can grow an empire like she, instead they chose to hate the mere mentioning of the Kardashian name.

Kanye: famed producer/rapper who at the rise of his career felt the public wrath after delivering the infamous line “George Bush doesn’t care about black people” during a live televised benefit concert for Hurricane Katrina Relief in 2005. From that moment Kanye became public enemy number one. To follow was another public opinion outburst when West bum rushed the stage at the 2009 MTV Music Awards and grabbed the microphone from winner Taylor Swift, as she was accepting her award and said “I’m really happy for you and I’m going to let you finish, but Beyonce has one of the best videos of all time.” It didn’t stop there for Kanye either. In January of 2016 he ignited a Twitter feud with rapper Wiz Khalifa, (who shares a child with West’s ex Amber Rose) by saying “You wouldn’t have a child if it wasn’t for me…I own your child.” Proving to be an even bigger douchebag. With these three publicized incidents it helped turn the beloved rapper into someone the public loves to hate.

So what happens when two of the world’s most hated people join forces? You get KimYe’. As Kanye told GQ magazine in his 2014 interview “the concept of KimYe has more cultural significance than what Page Six could write.” Does it? I mean…you have two gigantic superstars that hold an unprecedented influence in today’s music and pop culture banned together to create what we call “KimYe.” Add in the fact that they are probably the world’s most well known interracial couple; and with that they’re breaking barriers all while subjecting themselves to public disparagement. Sadly, in 2016 interracial dating is still taboo to many, although the Supreme Court ruled the law in 1967 with “Loving vs. Virginia.” Imagine the hate they brave from just being lovers of the opposite race. Kanye has caught backlash from the African-American community for dating outside his race. Especially when his rap line in his 2005 number 1 hit song “Gold Digger” says “and when he get on he’ll leave your ass for a white girl.” Kim has also raked in her fair share of flack from the African-American community as well. Known for dating a plethora black of men, she has been accused of using them for her public persona and throwing them by the wayside, along with stealing elements of black culture to advance her riches.

Kanye and Kim first met during a taping of “KUWTK.” The two became friends, but soon rumors would begin to circulate that they were dating. Even more so, when her marriage to basketball player Kris Humphries abruptly ended after only 72 days. Then “Theraflu” came, a song of Kanye’s where he blatantly professed his love for Kim with the lyrics “and I’ll admit, I fell in love with Kim, ‘round the same time she fell in love with him. Well that’s cool, baby girl do ya thing.” Interesting enough that same day (April 2012) Kim and Kanye made their first public appearance as a couple and KimYe was born. The public weighted in with opines about the two dating. From them being just right for each other, to outrage. “Kim Kardashian and Kanye West: Two Narcissists in Love?” read one headline. Many with the same assumption would draw the same conclusion in their verdict on KimYe. It was clear that from that day on they would be hated together in love. However, fans of the pair ran full speed with the notion of KimYe. Numerous of fan pages began to emerge on social media supporting the newly item. They immediately became hard not to notice or escape. If you thought the Kardashian’s were everywhere, just add Kanye’s stardom in the mix and you got the magic and power of KimYe. So much as they were featured on Barbra Waters annual special “10 Most Fascinating People” list in 2013. Any celebrity featured on that list is easily subjected to hatred. This list pretty much consists of people who have been pretty much overexposed. That’s how one sticks out while becoming fascinating, and KimYe was no exception at all.

KimYe would go on a whirlwind and become America’s most talked about couple, regardless if it was good or bad. Many didn’t have anything nice to say, while others praised them and tried their best to model them with ‘relationship goals’ hashtags. The couple would grace covers of tabloid magazines, high fashion and pop-culture covers as well. Paparazzi photos flooded Instagram timelines of them running the streets of L.A., NYC, and Paris. As their influence rose to new heights KimYe took the world on a voyage to their very own Loveland. Then came Nori (nickname for North) in June of 2013 after Kanye made the announcement Kim was expecting on stage during a New Years Show in Atlantic City, New Jersey.  That October Kanye pulled off a spectacular proposal with a stunning 15-karat ring at San Francisco AT&T Park on Kim’s 33rd birthday as “pleeease marry meee” flashed in bright lights on a jumbotron, and a 50 piece orchestra played Kanye’s collaboration with Keri Hilson and Ne-Yo “Knock You Down.” KimYe followed with an over the top fairytale lavish wedding on May 24th 2014 in Paris. And on December 5th 2015 The West’s welcomed their second child, a baby boy named Saint. 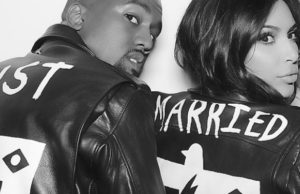 As KimYe continues to write their bizarre love story the level of hate continues, but thanks to their fans it’s often silenced with love. Kim will keep climbing her social ladder and kicking open doors where no one wants her to be, but thanks to her social media savvy-ness that’s currently at an all time high it’s placing her in rooms where no one thought she’d be. It has even landed her on the Forbes list this year. Kanye hasn’t given us his best outburst yet. Although the man is maturing by the day, for once don’t think he’s too removed to go on a rant. The rapping genius has conquered areas no one imagined he would, but himself. Although KimYe has yet to stand the test of times, it’s foundation seems sturdier than most. The very essence of KimYe has surpassed the name and thought. Proving the power of love and influence through hate isn’t an easy one, but these trailblazers are on a road less traveled. Many won’t see Kim outside of the flashy lifestyle lane, and while rapping is Kanye’s forte, together each one of them make one half of the unstoppable duo known as KimYe.

I can be your cup of tea or shot of Hennessy!
Related ItemsE!FeaturedKanye WestKim KardashianKimYe
← Previous Story The Rose that Grew from Concrete
Next Story → Police Capture Suspect in Manhattan Bombing