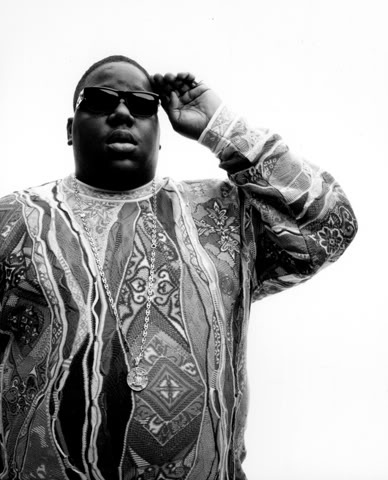 Without a doubt The Notorious BIG was one of the best MC’s to walk this Earth. Sadly an early demise took him from us far too soon. However, his short-lived music career will live on forever as it surpasses most new artist, and a few veterans. BIG embodied a storytelling method to paint a portrait for his listeners, and often times with a friend they would paint said portraits together. In 2005 Bad Boy Records released a duet album with a stellar guest list, that compiled 22 tracks of excessive and coerced music capitalizing on unreleased music of BIG’s. For instance, the track “Nasty Girl” featuring Jagged Edge and Puffy. The track is nothing more than a revised version of his song “Nasty Boy” off his 1997 double disc album Life After Death. Any who…BIG was well known for his duets, so here are a few Biggie duets that will go down in rap history.

Junior M.A.F.IA. – Player’s Anthem: While BIG was riding the success of his debut album Ready to Die he round up his Brooklyn crew known as Junior M.A.F.I.A. and dropped the hit single “Player’s Anthem,” which would be the album Conspiracy leading single. The track shed light on the group’s frontrunners Lil Cease & Lil Kim, and later birthed a remix that shunned more light on the used sample form Minnie Riperton’s “Memory Lane.”

BIG & R.Kelly- #!*@ You Tonight: After BIG made an appearance on R.Kelly’s 1995 track “(You to Be) Happy” off his self-titled album. The two teamed up once again for BIG’s sophomore album. This time the playboy of Hip-Hop and the R&B sex thug took things to the bedroom on “#!*@ You Tonight.” Kells and BIG took turns reiterating to the lady that it is indeed going down tonight after all the wining and dining that has taken place.

BIG & Bone Thugs-N-Harmony- Notorious Thugs: The opening track off disc 2 of Life After Death featured the protégés of the late Eazy-E. Bone Thugs-N-Harmony. Bone Thugs added their signature harmonies to the track as BIG raps in the fast-paced style the rap group is known for. BIG’s verse seems like he was subliminally letting his rival rapper know he was more than a flashy playboy rapper. He even sounds as if he wants to make peace to the East Coast West Coast war that he was the center of “If you knew what this game will do to you/been in this shit since ‘92/look at all the bullshit I’ve been through/ so-called beef with you know who.” It appears BIG wanted the beef to stay on wax. 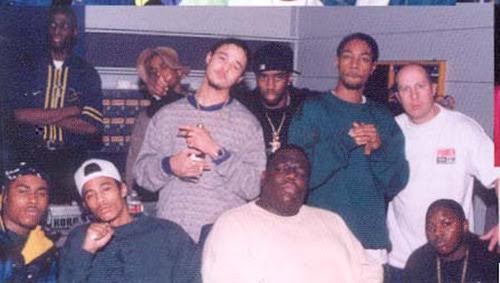 BIG & Method Man- The What: In 1992 a group of rappers from Staten Island called Wu-Tang Clan had a front man named Method Man who lent his lyrical skills to BIG’s debut album Ready to Die. Method being the only feature on the project added a lyrical nuance to the classic album. Method Man and BIG would trade line for line on the track, and later the Queen of Hip-Hop Soul Mary J. Blige borrowed the beat for her remix of “I’m Goin’ Down.” Sadly, Method Man nor BIG wouldn’t appear on the remix; instead Mr. Cheeks of The Lost Boyz guest rapped on the remix.

BIG & Lil Kim- Another: The rap pair had a romantic relationship going on, and allowed their situation to play out into the music. It would have been nice to see the two today, because we know a joint project would have come by now. However, on “Another” they each spit their verse over the Barbra Mason 1983-sampled song “Another Man.” You clearly hear the two divulging the dirty details of the un-amicable breakup, even though it sounds like they’re still in love.

Junior M.A.F.I.A.- Get Money: Lil Kim and BIG made magic together. The group’s album Conspiracy also gave the duet “Get Money.” There was so much controversy surrounding the hit song. The video had BIG fighting it out in divorce court. As his girlfriend of the time, female rapper Charlie Baltimore dressed up in a blonde wig, portraying BIG’s wife, Bad Boy singer Faith Evans. The video mocked the breakup between BIG and Evans over an alleged affair between Evans and 2Pac. The song spawned a remix that’s aimed at 2Pac’s rap group the Outlawz. The remix was a response to 2Pac’s diss record “Hit ‘Em Up,” and both songs ironically samples Dennis Edwards “Don’t Look Any Further” and similarly sound the same.

The last duet we’ll get from the pair would be “Would You Die for Me” off BIG’s Born Again project. However, “Get Money” still rocks any party today, and will go down in history as one of BIG’s and Kim’s greatest hits.

I can be your cup of tea or shot of Hennessy!
Related ItemsBad BoyBone ThugsLil KimMethod ManNotorious BIGR.Kelly
← Previous Story BJ The Chicago Kid “In My Mind” Album Review
Next Story → Mariah Carey’s Chart-topping Collabo’s