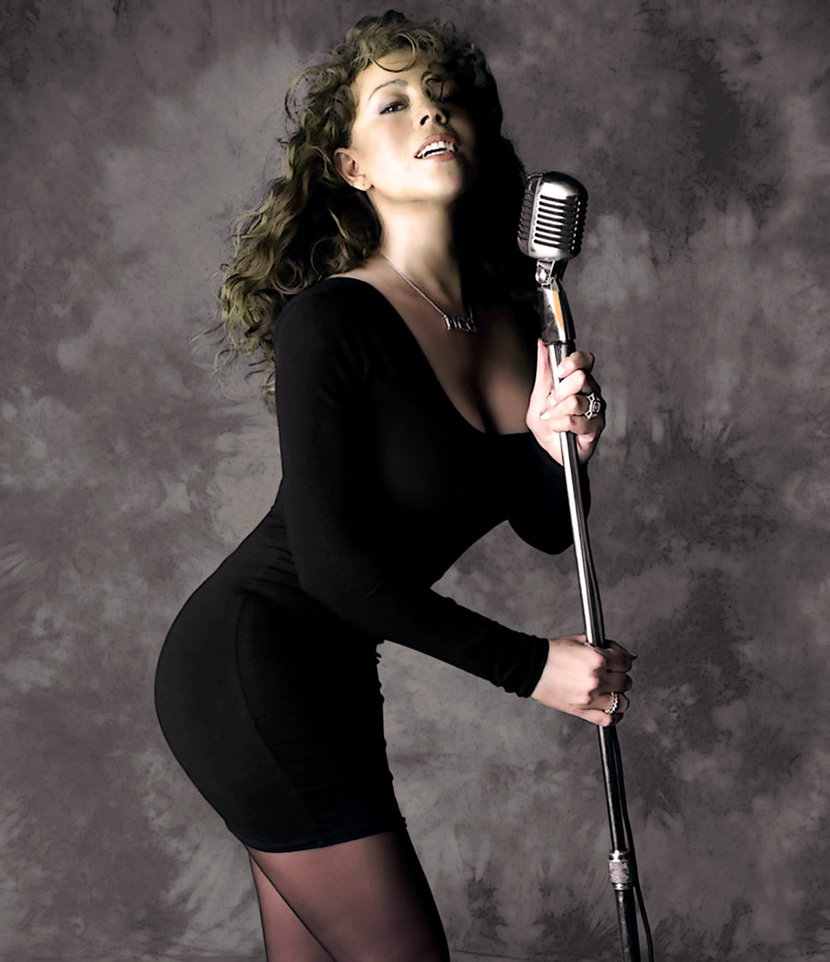 Mariah has made many contributions to the music world throughout her music career. The singer is known for her signature “whistle” high note, but more importantly; Mariah is known for a good-ole collaboration. Mimi’s partnership with artist that included singers and rappers has provided her with more than a few chart-topping collaborations that have broken records and made history. Here are a few of Mariah’s classic collaborations.

Breakdown featuring Bone Thugs-N-Harmony: In 1997 Mariah dropped her sixth studio album Butterfly. The album’s fourth single “Breakdown” perfectly explains one’s feelings when a relationship abruptly ends; causing one to have an emotional breakdown. Wish Bone & Krazyie Bone of the rap group Bone Thugs are featured on the song, which was written by Carey and Stevie J. with production from Puffy Daddy and Stevie J. both.

Heartbreaker featuring Jay-Z: Carey’s first commercial single to feature a hip-hop artist was assisted by Jay-Z and produced by DJ Clue. Serving as Mariah’s leading single off her 1999 Rainbow album, it also contains a sample of “Attack of the Name Game” by Stacy Lattisaw. Aside from constantly being compared to one of Mariah’s early hit songs, “Heartbreaker (Dessert Storm)” remix featured pals Missy Elliott and Da Brat spitting rhymes over the Snoop Dogg sampled “Ain’t No Fun (If the Homies Can’t Have None).” The remix received a video too; just not as theatrical and expensive as the songs original that cost $2.5 million.

When You Believe featuring Whitney Houston: Battle of the biggest diva with the biggest voice was laid to rest, when Mariah and Whitney joined vocal forces for “When You Believe” from The Prince of Egypt soundtrack. Written by Stephen Schwartz and produced by Babyface; the ladies went belt for belt on the inspirational tune. The tune went on to win an Oscar for Best Original Song at the 71st ceremony. 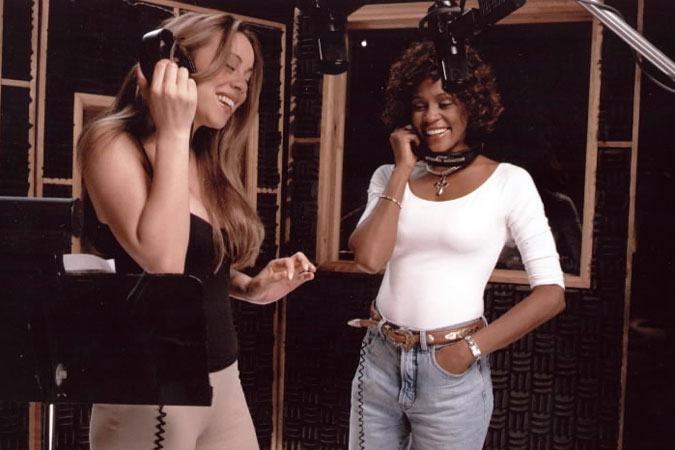 Honey featuring The Bad Boy Family: Butterfly’s leading single was compliments of Stevie J., Q-Tip, Puff Daddy along with Mariah. All co-producing and writing the number one (3 weeks) hit song that’s credited as a re-defying moment in her career. The track contains samples from “The Body Rock” by the Treacherous Three, and “Hey DJ” by the World’s Famous Supreme Team. The popular remix features Mase and The Lox handling the intro and outro for the song, which critics called a “genuine transition”! However, the song’s video gained just as much attention with its James Bond theme, that had Mariah held hostage in a mansion before she makes a crafty escape. The video is rumored to mimic Carey’s divorce that took place at that time.

Fantasy featuring ODB: Mariah had a beautiful partnership with Puff Daddy when it came to music. In 1995 Puffy turned Daydream’s leading single “Fantasy” into a massive hit. Containing samples of “Genius of Love” from Tom Tom Club’s 1981 song. Mariah Carey and Dave Hall penned the perfect song, but it was Wu-Tang Clan’s member Ol’ Dirty Bastard’s assisted verse that helped Carey’s transition into hip-hop. In the song Mariah maybe fantasizing about an impossible relationship, but in real life the song experienced a new relationship, becoming the second song in Billboard history to debut atop the Hot 100, along with being the first female artist to achieve that. “Fantasy” held the number one spot down for eight consecutive weeks. *Sings “me and Mariah…”

One Sweet Day featuring Boyz II Men: 1995 was really good to Carey. The Daydream album was Mariah’s best-reviewed album, and became her second album to become certified diamond (10 millions records sold.) The album’s success was due to her hit “Fantasy,” but even more her biggest hit to date “One Sweet Day.” It speaks about losing a loved one and hanging on to the thoughts of seeing them again. It features R&B group Boyz II Men who wrote the song with Carey and Walter Afanasieff. Released on November 14, 1995 and on December 2. 1995 “One Sweet Day” began its reign in the 58-year history of the Billboard Hot 100. “One Sweet Day” spent 16 weeks atop the Billboard Hot 100, and is the LONGEST RUNNING NUMBER ONE SONG ON THE CHART EVER! “One Sweet Day” would receive six Grammy nominations, but sadly Carey left empty-handed at the 38th ceremony. However, the song is ranked as the Best Collaboration of All Time, and will go down in music history.

I can be your cup of tea or shot of Hennessy!
Related ItemsBone ThugsBoyz II MenMariah CareyODBWhitney Houston
← Previous Story The Notorious BIG’s Duets
Next Story → 8 Songs That Resemble Prince’s Sound