Home / Entertainment News / ‘The Real”s Jeanne Mai Divorcing Husband After 10 Years of Marriage; He Wants Kids and She Doesn’t

‘The Real”s Jeanne Mai Divorcing Husband After 10 Years of Marriage; He Wants Kids and She Doesn’t 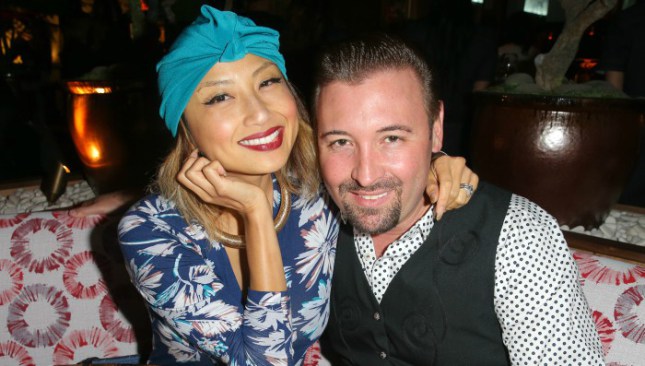 The Real‘s cohost Jeannie Mai is divorcing her husband Freddy Harties after ten years of marriage.  Although her rep confirmed to Us Weekly on Friday (Oct. 20) that the couple are “amicably divorcing,” details as to why the marriage has ended, has not been shared until today.

During this morning’s (Oct. 23) episode of the daytime talk show Mai emotional addresses her divorce.

“To this day, I swear, he’s the best man I know. I married him because he’s like my dad; very loyal, very compassionate, so funny…an awesome guy. In our 13 years of being together there were never any lies, no betrayal, no cheating, nothing,” Mai said at the table alongside her co-hosts.

#PressPlay #JeannieMai opens up about her divorce! When Jeannie and her husband first met they initially didn't want kids. He now wants kids and she doesn't so she's letting him go so he can have kids. Via: @therealdaytime

In a prior episode (2014) of the syndicated talk show the cohost, 38, admitted that she and her husband were having disagreements about whether or not to have children. “You know how much I love Freddie, my husband. He’s my life,” she said tearfully. “Before we got married, I was very clear about the fact that I probably would not have kids, just because I’ve never felt that. And now, getting older, he definitely seems like he wants kids, and he actually came out and said that he wants children.”

“I guess it’s just really hard because I can’t just have a child for another person, and you don’t have a child to save your marriage, but we are in love, and we are enjoying life, and he’s my Freddy, and I’m his Jeannie, and we don’t have any other problems except that, which, you never know what could happen in the future,” Mai said at the time, revealing the uncertainty of her marriage’s future.

She said: “Right now we are clinging to each other and we’re waiting for God to kind of tell us what that means, and it’s kind of weird to go to sleep every single night holding on to that person you love so much, not knowing where it’s going to go.”

In May 2016, Mai revealed she was considering freezing her eggs as an insurance policy, and not fully discarding the option of having a day one day.  That same year, show viewers took notice that she wasn’t wearing her wedding ring during the tapings.  She later explained she has misplaced the ring after hiding it in a safe place when she took a trip to Vietnam.

The couple married in August 2011.

I can be your cup of tea or shot of Hennessy!
Related ItemsdivorceFOXJeanne MaiThe Real
← Previous Story Justin Timberlake Invited Back to Super Bowl Show since ‘Nipplegate’
Next Story → VIDEO: Faith Evans- Ten Wife Commandments