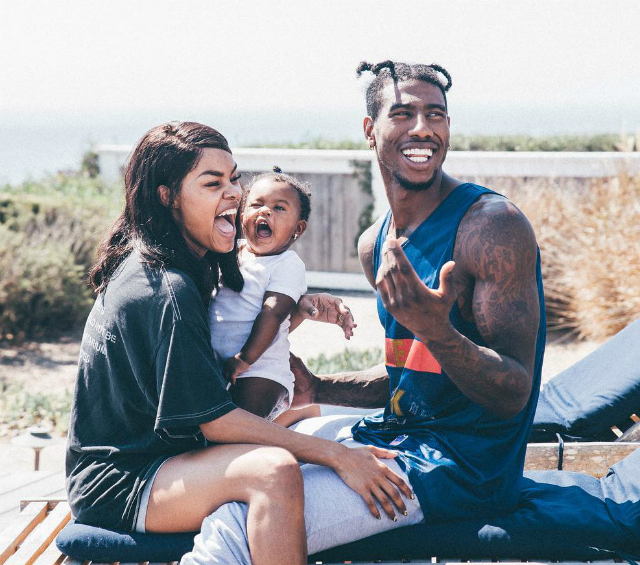 After taking over the internet by dancing for her life in Kanye West’s “Fade” video.  She then went viral once more while prancing down the catwalk in Philipp Plein’s fashion show during fashion week.  So it’s only right that its perfect timing for Teyana Taylor to take over our television screens.

VH1 just announced (Nov. 14), that Taylor and her NBA husband, Cleveland Cavaliers Iman Shumpert will be getting their own reality show this February 2018.

According to Deadline, Teyana & Iman will chronicle the lives of the couple, who secretly tied the knot back in October 2016, as they prepare for their New York Fashion Week run — where Teyana would later notch another viral, meme-able moment — the 2017 MTV VMAs and parenthood after giving birth to their first child, Junie.

In the teaser the married couple speaks on what they want the viewers to get from their show. “There’s nothing more special than showing young folk that you could be in love and married,” she continued before becoming frustrated with Iman talking over her to their daughter, who had been throwing a lollipop over the floor.  Iman says he wants to “be a positive representation of black love.”

Teyana & Iman will premiere on February 19 on VH1. Watch a teaser for the show below.

I can be your cup of tea or shot of Hennessy!
Related ItemsIman ShumpertTeyana & ImanTeyana TaylorVH1
← Previous Story Jordin Sparks Secretly Weds with a Baby on the Way
Next Story → Eve Joins ‘The Talk’ as New Co-Host