What Happened to that Boy…The Rise & Fall of Chris Brown 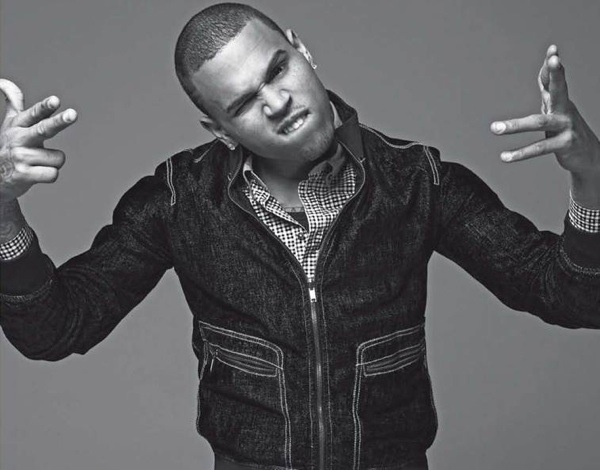 What happened to Christopher Maurice Brown, the country boy from Tappahannock VA who came into the music world with more than ample charm and charisma to light up a room? Not that he needed those qualities to make it, because the young lad had more talent than others to elevate him into stardom.

Chris Brown burst onto the music scene with his Jive Records self-titled album “Chris Brown” in 2005. The album received massive success and raves and went double platinum. The albums leading single “Run It” peaked atop of Billboard Hot 100 charts. Making him the first male artist as a lead since Diddy in 1997 to have his debut single top the chart. From that moment, Brown instantly became a star. Being dubbed as the next Michael Jackson (who Brown cites as his most influence on music) Chris released his second album “Exclusive” earning him his second number one with “Kiss Kiss”, “With You”, and “Forever.” He went on to rack up countless awards, sold out concerts world wide, a plethora of television appearances, minor acting gigs (This Christmas, Stomp the Yard) and a huge endorsement deal with Double Mint bubblegum where he and his hit song “Forever” had been given a huge campaign. By this time Chris had fallen in love with another music newcomer who’s career was also becoming just as large as his. It seems the little boy from VA was on top of the world with so much more to follow.

Brown was on cloud nine with the girl of his dreams and the career to match it all. The pair had fallen in love and been inseparable. Becoming the hottest new young couple that young kids all aspired to be, the media took the love story and ran full speed with it. Who knew that Sunday in February would change it all and be the catalyst to his tragic fall? Around 12:30am on February 8th 2009 Chris and pop-star Rihanna had an argument that escalated into a full-blown physical violent act. The incident left Rihanna with numerous visible bruises on her face. Brown later turned himself in and plead guilty to felony assault. From that moment Chris’ career or life would never be the same. Brown’s image and brand took a huge hit and several commercial ads featuring him were removed and suspended, his music videos were no longer being played on television stations, his music was also removed from several radio stations forcing him to withdraw from public appearances.

The boy that America had come to love and adore had vanished that Sunday night in the car where the Rihanna incident took place. Many wonder, what happened to that boy? Because from that incident arrived the Chris “Bad Boy” Brown. After re-surfacing back into the public eye we were introduced to a new Chris who would find himself in a litany of trouble. When it came time for him to make his way back to the forefront of music and promote his album “F.A.M.E.” That would be the beginning of many problems the singer would encounter. March 22nd 2011, first day of promo in effort to sell the album, Chris became fueled during his Good Morning America interview with host Robin Roberts when she asked him about his 2009 incident involving Rihanna. Following the questions and his performance, he trashed his dressing room by throwing a chair at the window, shattering the glass, and causing it to fall onto the street where pedestrians were subject to get injured. That incident seemed to be the trigger to what we know as his bad boy behavior. Bad boys seem to be interesting and adored by many because the only good thing that occurred during that era was that his album debuted at number one. Becoming Brown’s very first number one album. It had also earned three Grammy nominations and won Best R&B Album. Too bad that incident would be the lead to a string of events.

June 14 2012- He and rapper Drake are involved in a nightclub incident that was rumored to be caused by Rihanna. The altercation left eight injured, including NBA player Tony Parker. Who had to have surgery to remove shattered glass from his eye.

Jan 2013- Chris and singer/songwriter Frank Ocean are involved in a scuffle in a studio parking lot over a parking spot.

Jan 2013- reports indicated that there was irregulations in records submitted to the court concerning Brown’s community service.

Let’s not forget his other internet/social media fights he has taken part in I.E. Meek Mill, Tyler the Creator, comedian Jenny Johnson etc. Or his every other month series of Twitter rants.

Chris Brown went from the good boy to the bad boy all in a blink of the eye. And although we ask what happened to the boy? We must also wonder where did things actually go wrong? The bad behavior surfaced after the incident with he and Rihanna. In an interview Chris revealed that he grew up in a household where he watched his stepfather physically abuse his mother. Rihanna has also admitted in an interview that her father was abusive to her mother growing up. This could very well be “product of their environment.” These two have took what they “learned” and applied it to their lives. Causing their relationship and situation to somehow represent who they are. And it all started in their homes as children.

His recent incident landed him in jail for the weekend and upon his release Brown has announced that he will be checking into a rehabilitation center for his anger management issues. He said

“his goal is to gain focus and gain insight into his past and recent behavior, enabling him to continue the pursuit of his life and his career from a healthier vantage point.”

Whether or not, if this is a publicity stunt or him being forced by his PR team, it’s a start. It seems he’s learned the right and first step, and that’s acknowledging there’s a problem. By checking into rehab it’s conveying he’s ready to accept accountability for his behavior and receive proper treatment. Do you think the media need to accept some part of responsibility too? It seemed for a while as though they were constantly antagonizing him every given chance, knowing he had a short fuse. (Not using his temper as an excuse) but…on August 9th 2013 Chris suffered from a seizure and his reps said,

“It was caused by fatigue and extreme emotional distress due to legal troubles and non-stop media negativity.”

And most will believe that B.S., due to the rumored drug use, but there still hasn’t been any evidence of him partaking in recreational drugs. Still the one person I do place part blame on is Joyce Hawkins, his mother. Why hasn’t she intervened and properly tried to protect her son?  Throughout these last few years her presence has not been up to par. I think this recent release from jail has been the only time she’s been present while he’s been spiraling out of control. Upon his rehab release he needs to be surrounded by the right people in order to gain a grip and full control of his life and career. This rehab stint can very well be his redemption on many levels. Hopefully following it we will no longer wonder what happened to that boy? And see the boy who became a man.

I can be your cup of tea or shot of Hennessy!
Related ItemsChris Brown
← Previous Story Tamar Braxton “Love and War” Album Review
Next Story → The Yeezus Experience