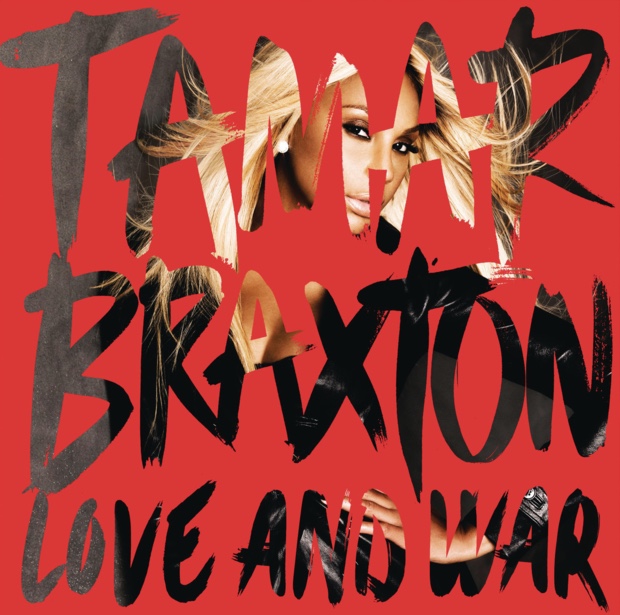 Tamar, Tamar, Tamar, if you haven’t heard the name then you have been living under a rock. The baby of the Braxton clan has become the fan favorite on the hit reality show “Braxton Family Values.” Earning her a spin-off show with her husband on “Tamar and Vince” (currently began season two), to co-hosting on “Tiny Tonight.” And if that wasn’t enough the woman gave birth to her first baby and returned to work to co-host “The Real” talk show. Tamar has indeed been busy and working towards this moment. After all is said her highly anticipated album “Love and War” is finally here!

“Love and War” voyage begins with her summer single “The One” that samples “Juicy Fruit” by Mtune and made popular from Notorious BIG’s “Juicy.” The song also contains his popular line “It was all a dream” throughout. All before venturing into the scandalous club track “Tip Toe”

Tamar is known for her larger than life personality, which has birthed many phrases from the reality star, and out of the many phrases she has coined, she has turned one into a song. Her popular line “She Did That” found itself a beat and melody. It serves more as an interlude rather than a full-length song. The tune is guaranteed to become a club banger with its cocky lyrics that speak of pricy items and its ratchet beat, all the essential elements for a club banger.

“When you see me with my bag, yeah her name Celine, oh you looking at my rocks, that’s my b*tch Tiffany”

Of course the album presents a lot more in-depth material, for example her top-charting ballad “Love and War” which is also the album title. Then there’s the mid-tempo “All the Way Home” where she displays acrobat vocals and sings with much conviction and authority, arguably being her best vocal performance on the entire album. Then you have “Stay and Fight” which tells the tale of a tumultuous relationship between two and their refusal to give up.

“We can walk away from this mess we made, we can live and learn, set fire to this bridge and watch it burn, we can act like it was not even really love in the first place”

Other standout tracks include the Bryan Michael Cox produced songs “Pieces” and the beat thumping “Where It Hurts,” where she sings about restoring love in someone. Followed by “Prettiest Girl” produced by underdog songwriter TC. He also penned the sexy, sultry and vocal perfection “Sound of Love.” Along with the Best Buy bonus track “Black Tears” that we all witnessed her record on season 2 of BFV.

“Love and War” is a pure R&B with amazing produced songs. The LP doesn’t contain not one feature, which isn’t heard of in this feature driven industry. It’s appealing to all generations with songs like “Hot Sugar” and “White Candle.” The albums duration is good and it serves nerve-striking songs that are rich in lyric. Tamar has been waiting for this moment her entire life and gave us nothing less than stellar with this themed material. “Love and War” are songs that speak of the ups and downs relationships experience. With this project Tamar has given a glimpse of her life and has reminded us that when you love you are at war.

I can be your cup of tea or shot of Hennessy!
Related ItemsLove and WarTamar Braxton
← Previous Story Big Sean “Hall of Fame” Album Review
Next Story → What Happened to that Boy…The Rise & Fall of Chris Brown