Home / Editorial / Why Every Man Should Be Part of the #LawrenceHive

Why Every Man Should Be Part of the #LawrenceHive 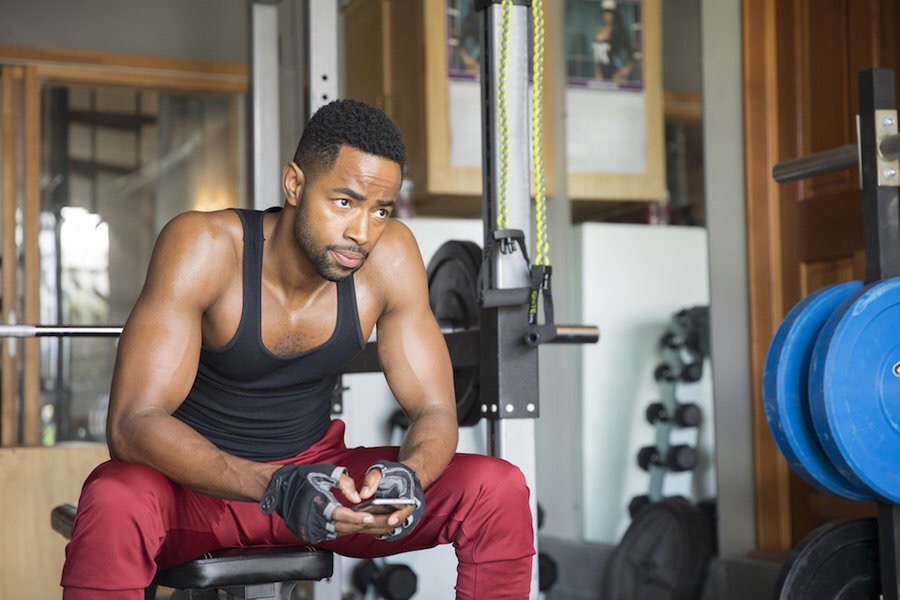 The man, the myth, the legend, known as Lawrence Walker has become the superhero for black men everywhere.  After being cheated on by his longtime girlfriend Issa (Issa Rae) in season one of HBO’s new hit comedy Insecure; Lawrence’s (Jay Ellis) comeback story is becoming a win for all men. While season two started off with Lawrence picking up the broken pieces of his relationship and moving on with his life. We realized it wouldn’t be long before Big L’s light began to shine and he’d become the black man’s MVB (most valuable brotha,) the new millennial representation of the black male in a f*-k ni&&a generation.

#LawrenceHive: a group of black men who united for the purpose of uplifting one scorn black man at a time, making him become the best version of himself, with the ability of maneuvering from good guy to savage simultaneously, in hopes of remaining f*-k ni&&a free.

This is why every guy should be part of the #LawrenceHive…

L’s ability to change the game: Bouncing back from a breakup isn’t easy at all; especially when you’ve been cheated on. But it seems as though Lawrence’s breakup with Issa happened to be the best thing for him.  In season one he was a depressed, struggling semi-entrepreneur aimlessly trying to figure out his next career move, all while living off his girlfriend. Now in season two, L has managed to change the narrative of the educated unemployed plot into a black boy magic show before our eyes. He’s gotten a new job, new car, and he’s even gone from sleeping on an air mattress in his homeboy’s living room to his own apartment. We know every superhero doesn’t have a cape, but if Lawrence did, it’ll be that blue Best Buy shirt.

L’s Wingman Chad: With every great man, there’s his equally witty friend that veers him into all the bulls*it coming his way. Majority of the time the wingman hasn’t a clue to their level of influence. Chad (Neil Brown) has been by Lawrence’s side the entire time. From listening to him b!tch about Issa, to him complaining about being unable to find a job, to allowing Lawrence to invade his home. He even shaded Issa when she randomly appeared at his doorstep looking for L. Lawrence’s partner in crime is no one other than Chad.  And even though your wingman will lead you into the wilderness of troubles, he’ll also check you when needed.  You know, like when Chad called Lawrence out on his weekend situationship with Tasha (Dominique Perry,) like any good friend would do. Lawrence tried his best to prove he’s a “good ni&&a” to Chad, Tasha, and himself, but it was Tasha who green lit “Lawrence the Savage” by denouncing his good dude persona and calling him a f*-k ni&&a. 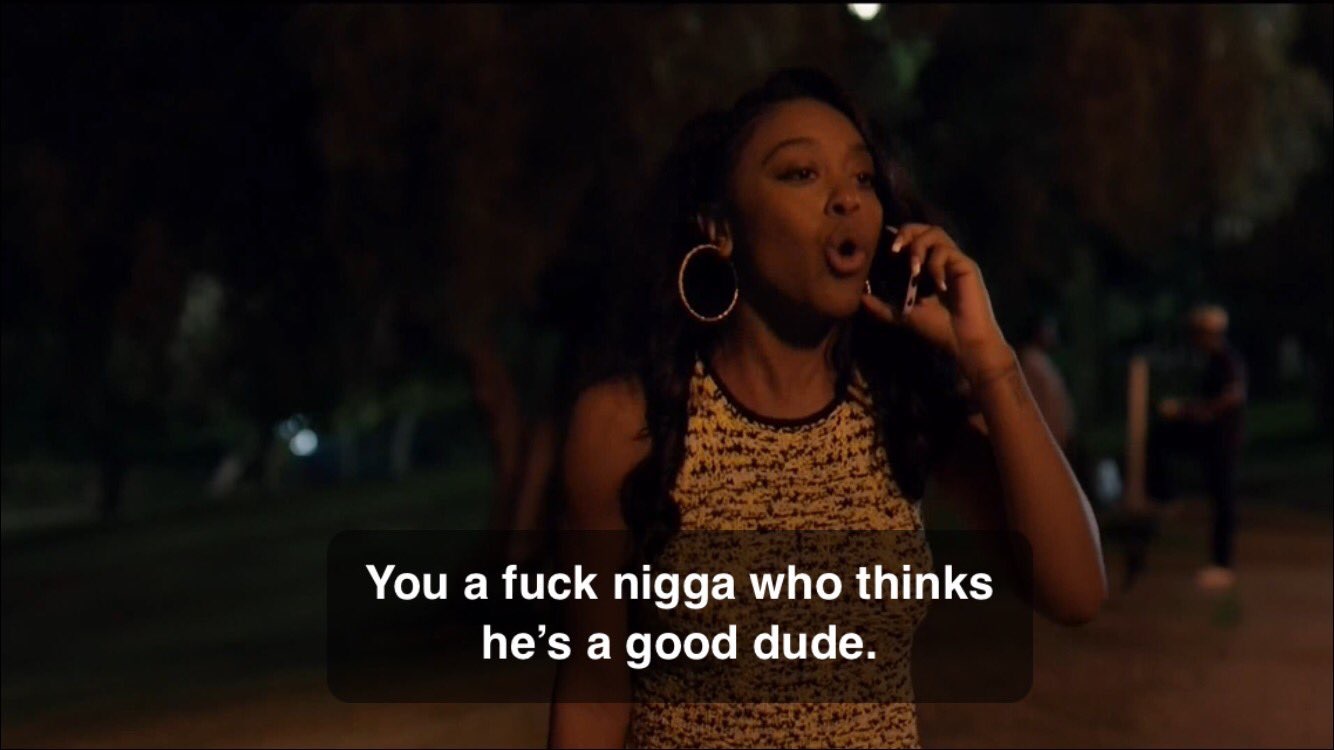 L finessing life after a breakup: Episode four, “Hella LA” really solidified Lawrence’s spot in history. Lawrence is really showing men how to finesse the hell out of life after a breakup. Lawrence may have not quite succeeded when he landed that Best Buy gig, but somehow he still managed to dust himself off and try once again. What do you do when you get pulled over?  Turn to the classical music station. Thank you Lawrence!  What do you do when you meet two women in the grocery store?  Take them both home.  Thank you Lawrence!  Episode four should have scored every one of Lawrence’s scenes with Ice Cube’s “Today Was A Good Day,” because L was having the best day ever! Instead of receiving a ticket when getting pulled over, he dodged it and somehow got a chuckle from the cop.  After realizing he misplaced his debit card while grocery shopping; he unknowingly finessed two white girls to pay for his alcohol and groceries.  Yes, they had their own agenda and fetishized him, but who was the star hella finessing that threesome? LAWRENCE was, as they chanted Frank Ocean lyrics. “F*-k me good, f*-k me long, F*-k me numb.” 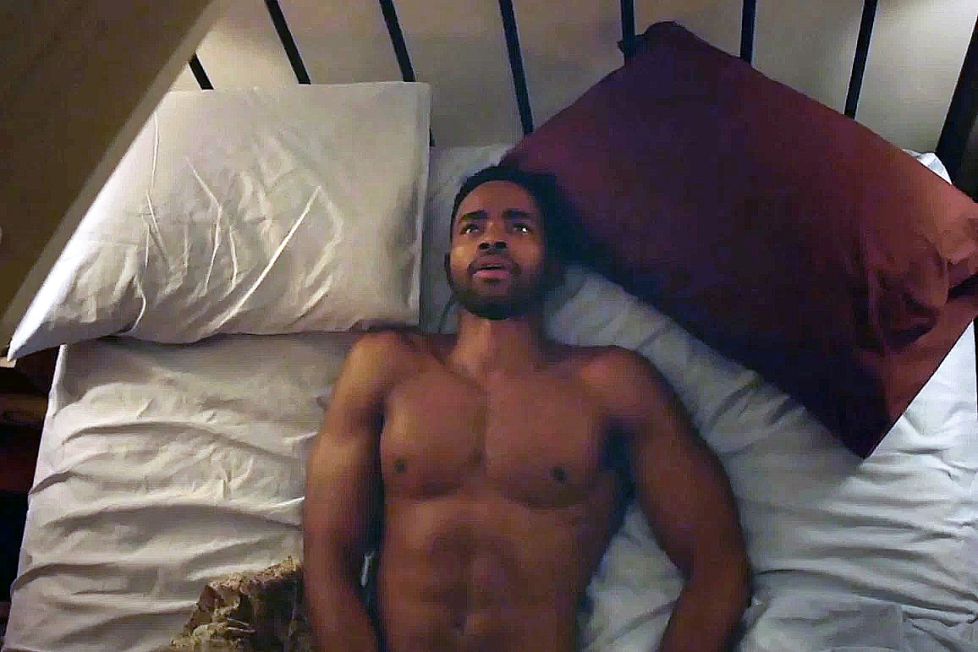 Yes, Lawrence’s new behavior is a reflection of what happens when you don’t allow yourself to properly process how you feel.  And we’re finally learning exactly how the “good dude” ends up becoming the “f*-k ni&&a.”  But let’s be clear, he’s not doing anything wrong.  Lawrence has become a modern day hero for many men, because he’s doing everything right.  He hasn’t lied or cheated all season.  He’s just being the good dude, while scooping up poo-tang along the way.  Basically, doing what any black male in his position would do.  There are MANY “Lawrence’s” in the world.  The goal for the women who come in contact with a Lawrence is her ability to distinguish the “good dude” or “f*-k ni&&a” in him.  Sadly, most will only view Lawrence as an f*-k ni&&a, but as of now that f*-k ni&&a is prospering in life, and representing for a generation of millennial black men.  Thank you Lawrence!

I can be your cup of tea or shot of Hennessy!
Related ItemsFeaturedHBOHella LAInsecureIssa RaeJay EllisLawrenceLawrenceHive
← Previous Story My Summer Reading
Next Story → R&B Singer Tweet Hospitalized