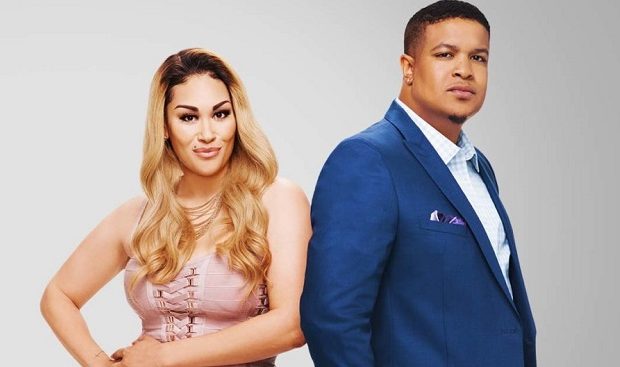 I know KeKe Wyatt cannot wait for this year to end.  It hasn’t been the best for the R&B Divas star.   The “If Your Only Knew” singer is currently 8 months pregnant with her ninth child, as another child of hers is battling cancer.  And now, she’s announced via Instagram that her husband of seven year, Michael Jamar asked her for a divorce.

I guess Michael Jamar must have forgotten how KeKe ended her first marriage. *hides knives*  Michael and KeKe married in 2010, and as we watched on R&B Divas, Michael spoke often of Wyatt’s baggage from her first marriage that she carried into her current marriage.  In the video KeKe mentioned his reason for wanting a divorce is because she’s an “emotional wreck,” and that she “never trusted” him from the beginning.

Clearly, there has been some infidelity throughout the marriage when KeKe ended the video by saying, “I’m so done with Michael Jamar. Ya’ll can have him and roast his a$$. I don’t care.”  The two also appeared on the WETV reality Marriage Bootcamp a few seasons back.

We wish KeKe the best on the birth of her new child, her child fighting cancer, and her divorce to Michael Jamar.

8 kids, I'm pregnant again, our baby have cancer, you want a divorce….you'll leave this relationship in a body bag bitch..Keke Wyatt girl

If KeKe Wyatt don't stab her husband and go on somewhere

I can be your cup of tea or shot of Hennessy!
Related ItemsKeKe WyattMichael Jamar FordThe Shade Room
← Previous Story Cover Girl: Alicia Keys Shows Her “True Colors” with 4 Elle Brazil Covers
Next Story → Mariah Carey is Getting Animated for Christmas Movie: ‘All I Want For Christmas Is You’