Home / Entertainment News / Mariah Carey is Getting Animated for Christmas Movie: ‘All I Want For Christmas Is You’ 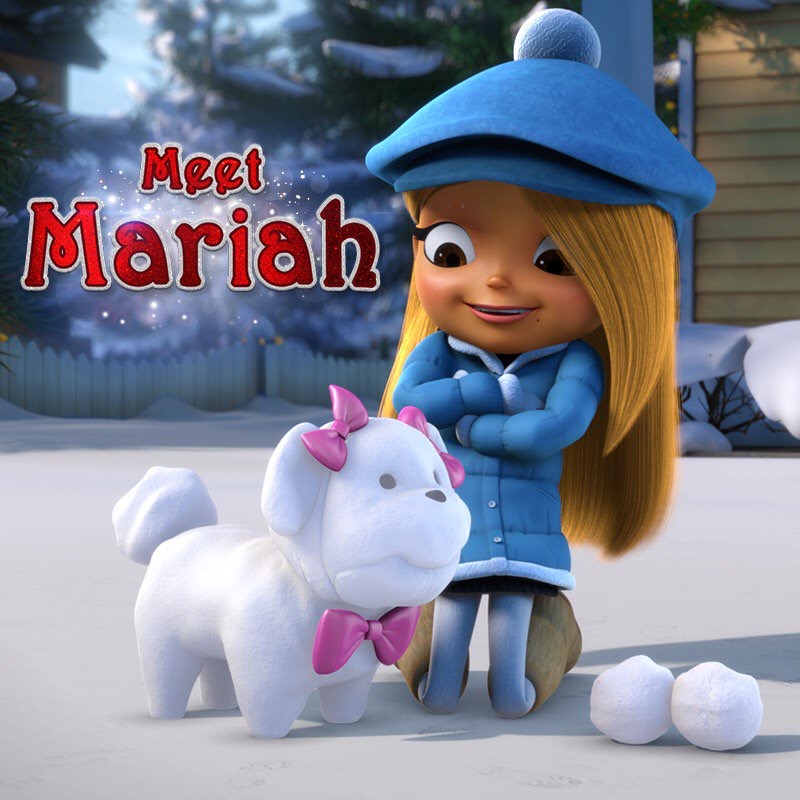 Summer hasn’t even officially ended yet and the queen of Christmas, Mariah Carey has already gotten her holiday ball rolling.

The diva took to her twiiter page to share a photo of a animated mini Mariah character and tweeted, “meet little Mariah! It was dream come true helping to create this character in my upcoming animated movie.”

Carey is taking the popularity of her “All I Want For Christmas Is You” song and turning into a holiday treat.

Meet Little Mariah! It was a dream come true helping to create this character in my upcoming animated movie! #ALLIWANTMOVIE @AllIWantMovie pic.twitter.com/35zEZgvia3

The official twitter page for the “All I Want For Christmas Is You” film tweeted that the movie trailer will be coming soon, but Mariah beat them to the punch and tweeted the first look of the film that’ll be available on Blu-Ray, DVD and digital November 14th. 2017.

Here’s the first look at my brand-new animated film, Mariah Carey’s "All I Want For Christmas Is You"! #ALLIWANTMOVIE @AllIWantMovie pic.twitter.com/eOk0tTz89V

It appears Mimi is ready to work throughout the holiday season this year too.  She’s already announced pre-sale tickets for her holiday concert in the UK and London.  Carey has been putting on a holiday concert in New York City at the Beacon Theatre for the past three years with the same title as her Christmas classic.  The classic which was ranked the fifth most popular holiday song in 2015.  And it later peaked at 11 on the Billboard Hot 100 that same year, making it its highest peak since its original release.  It’s still referred to as one of the “youngest” holiday songs, but it’s the most popular.  It debuted at Number 1 on the Billboard holiday 100 charts.  And as of last year the song has sold 3.2 million downloads to date.  With global sales over 14 million copies, “All I Want For Christmas Is You” is Carey’s biggest international hit, and last reported in 2013 the song has earned her $50 million in royalties.

Do you think her animated film will duplicate the same success?

I can be your cup of tea or shot of Hennessy!
Related ItemsAll I Want For Christmas Is YouAnimated filmMariah Carey
← Previous Story 9 Kids! 8mos. Pregnant! 7 Years of Marriage & KeKe Wyatt’s Husband Wants a Divorce!
Next Story → Do Black Women Really Have It Hard?