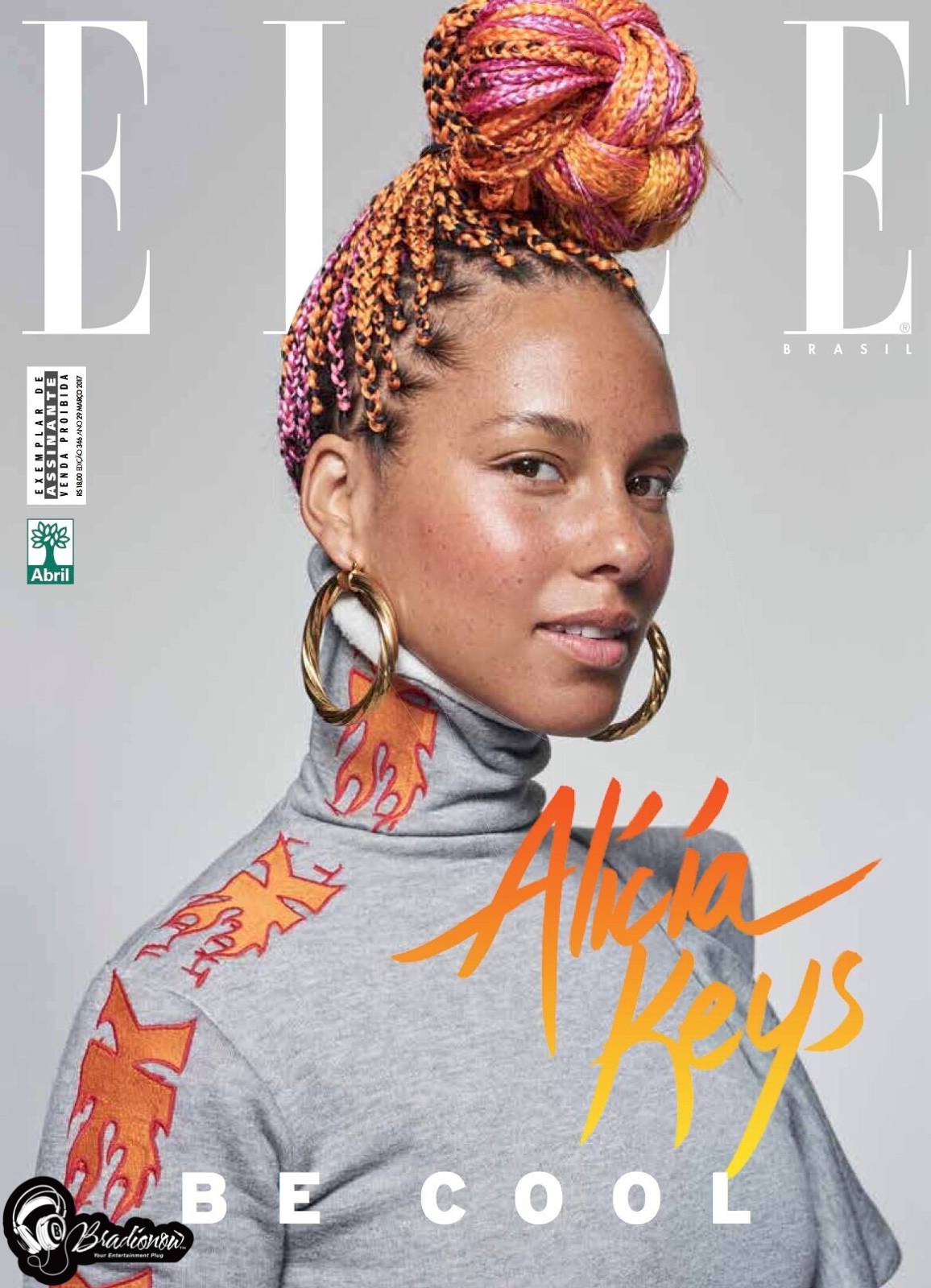 Alicia Keys took her my little pony box braids to the pages of Elle Brazil in a stellar four covers for their September issue.

“One cover was not enough for our September issue, which raises the debate of what it’s like to be an influencer today,” Elle Brasil wrote on Instagram. “We come to four good definitions, which Alicia embodies as no one else by using her image and talent to release and not limit.” 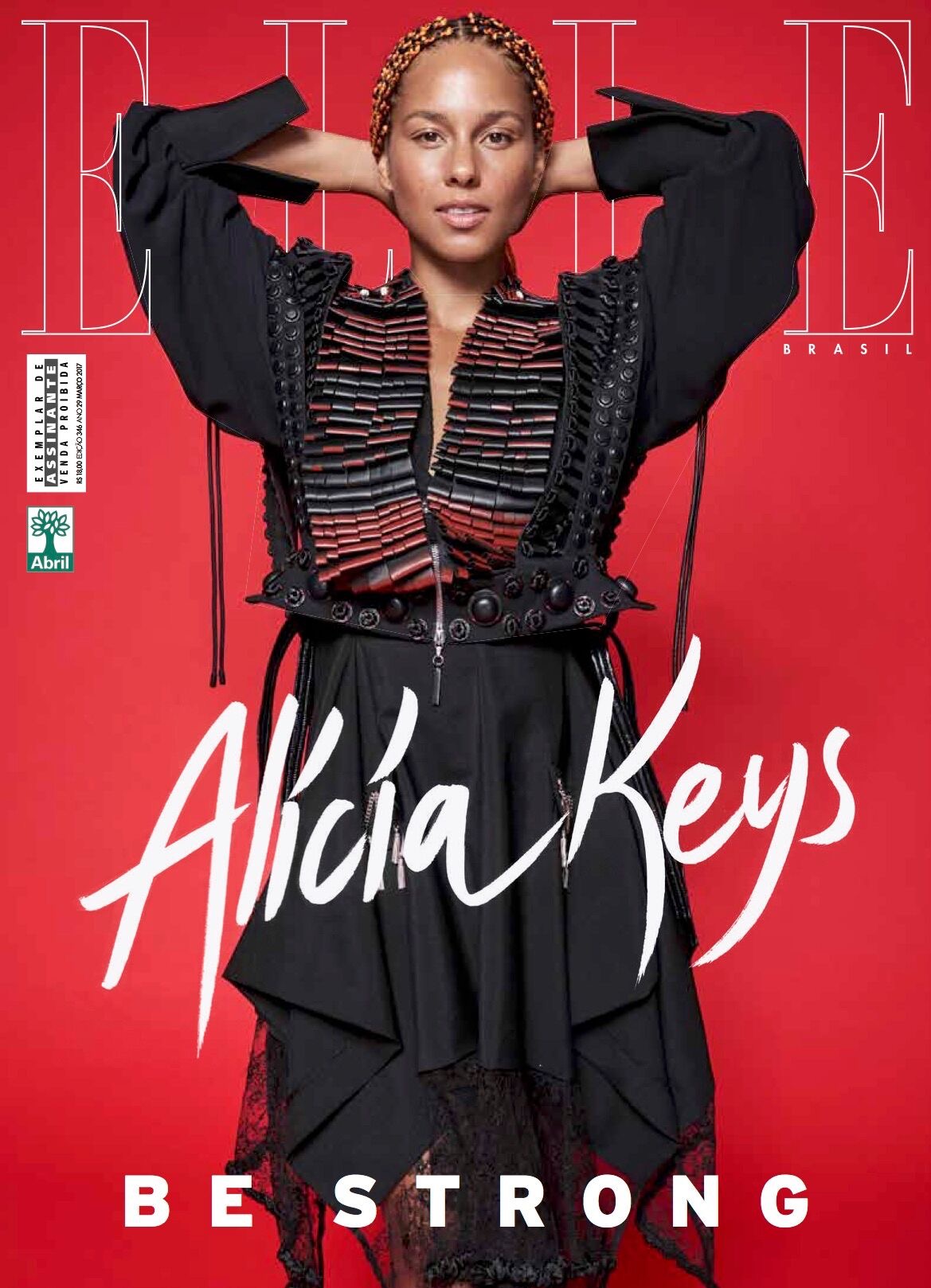 Among the four covers not only do you see Keys toss those colorful box braids into different hairstyles, but the singer continues the path of embracing her natural beauty, and spreading her message of self-accpentance, with a makeup free face.

“In reality, it’s not just about wearing or not makeup,” the 36-year-old singer told the Elle. “It’s more about living and being as you feel good and exploring it.” 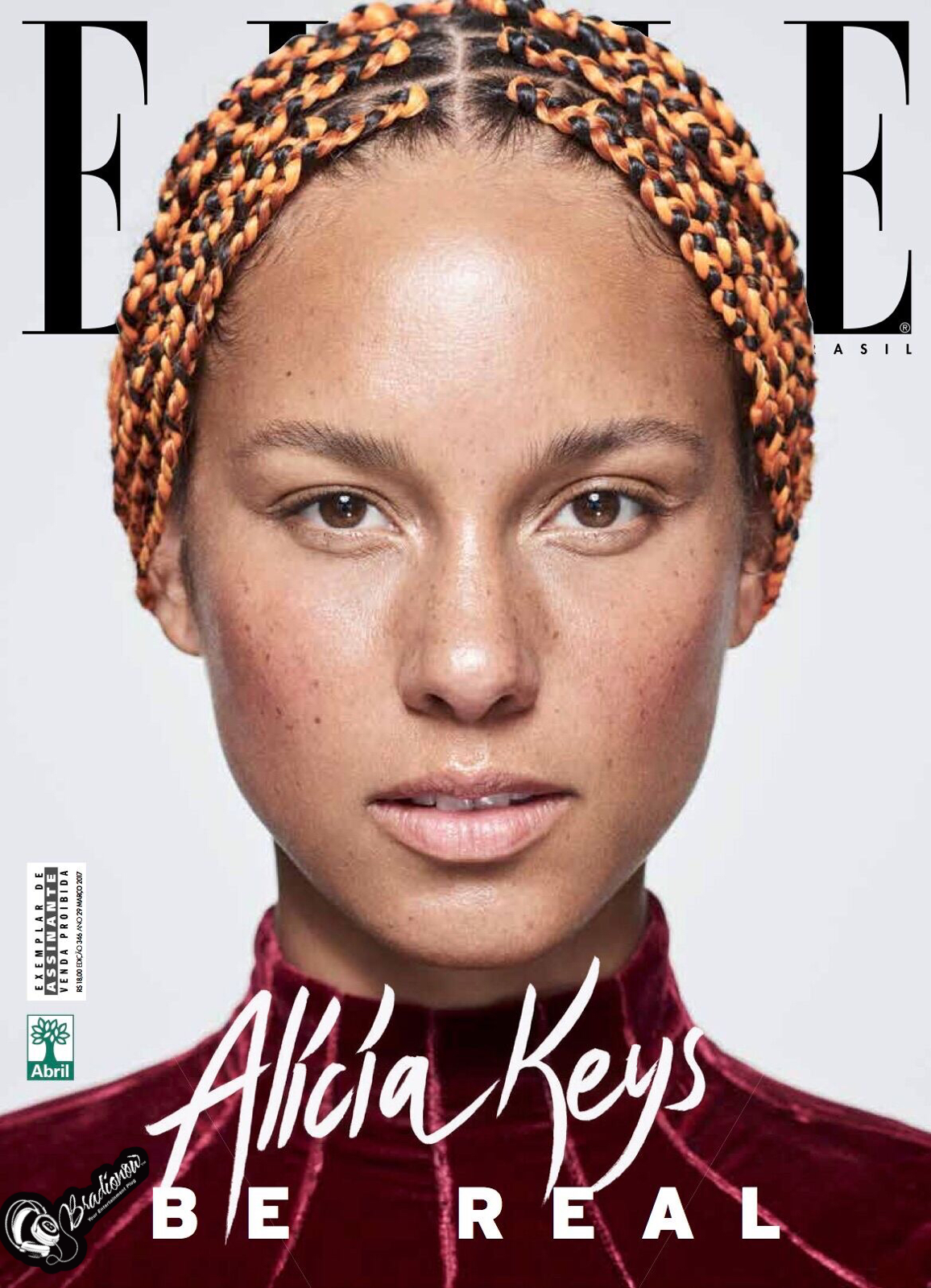 Alicia started this fresh face journey during the promotion of her latest album, which flopped. However, Keys’ didn’t allow that to stop her shine. The bold Elle covers read a different affirmation on each one. “Be Cool,” “Be Strong,” “Be Real,” and “Be Yourself.” 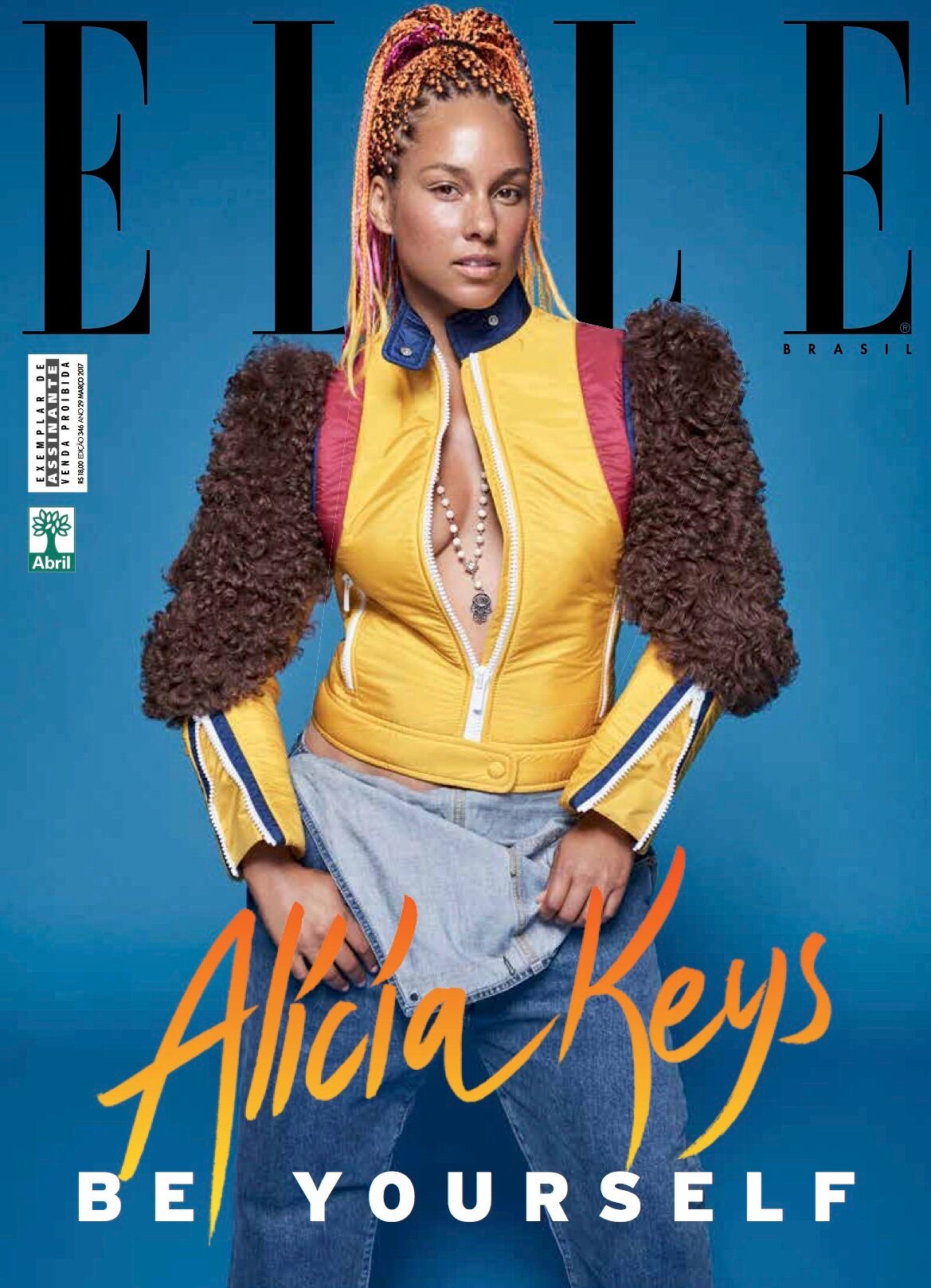 On her own Instagram page, the wife and mother of two thanked Elle Brasil “for capturing my true colors,” adding that she can’t wait to come to Rio “and feel all that magnificent energy !!” On September 17, Keys is slated to return to the Brasil stage for Rock In Rio.

Thank you @ellebrasil for capturing my true colors ❤️?????? Can't wait to come to Rio and feel all that magnificent energy!! ??? pic.twitter.com/Idh6pYwQuy

Which is your favorite cover?