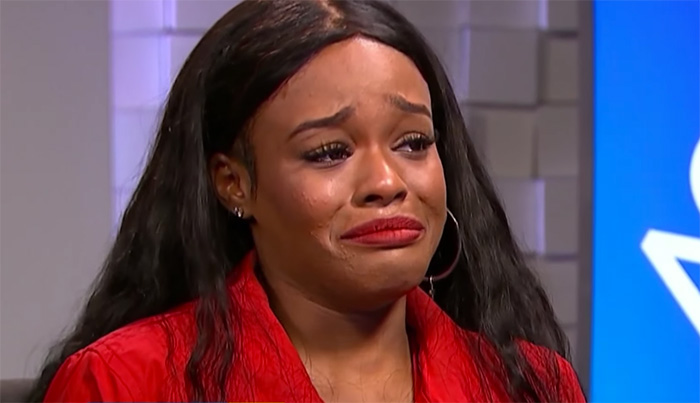 Azealia Banks continues to speak out!

In a more recent interview, Azealia is sticking to her story about what occurred the night she attended a party of Russell Crowe‘s.  After witnesses and RZA, who she was a guest of denied her account of the altercation, she shared her side of what took place with Access Hollywood.

“Every time something like this happens, I’m always being blamed for wanting this kind of attention. Who the fuck wants to tell somebody they got spat on? That’s humiliating. I’m just really, really humiliated,” said Banks in her tearful interview.

During the duration of her interview she spoke about the altercation and how she was verbally insulted with racial slurs, physically attacked and spat on by Crowe in a hotel suite in Beverly Hills.  All of this occurred while friend RZA allowed it to happen and dismissed her claims. What’s even more frustrating to Banks is that the Beverly Hills Hotel where the party took place claims to have no surveillance footage from the night of the party.

“How can there not be no cameras in the hallway?” asks Banks. “As many f******* celebrities that come through here. As many as this much money moves through this hallway, like I don’t have cameras here?”

Watch her brief interview below…

I can be your cup of tea or shot of Hennessy!
Related ItemsAccess HollywoodAzealia BanksRussell CroweRZA
← Previous Story Alicia Keys ‘HERE’ Tracklisting
Next Story → New Music: Big Sean- ‘No More Interviews’ + ‘Bounce Back’