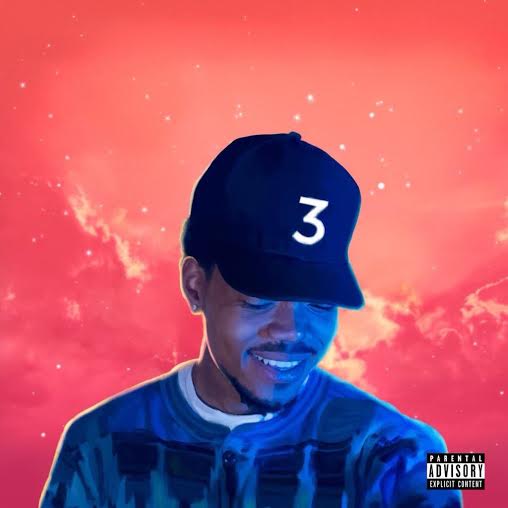 Previously titled “Chance 3” as mentioned on his infamous verse on Kanye’s opening “TLOP” track “Ultralight Beam” merely served as the prelude for Chance’s “Coloring Book.” Rich in production with colorful subject matter; you easily hear his church upbringing along with the influence of hip-hop, soul and gospel music.

Chance takes you on a journey while reminiscing about his summer visits to Granny’s house where he formed friendships that expired once summer came to an end on “Summer Friends.” “Socks on concrete Jolly Rancher kids/I was talking back and now I gotta stay at grandma crib.” On “Same Drugs” he talks about the withering of a relationship where lovers grow apart and you no longer recognize one another. While “Mixtape” disturbs the album’s overall feeling, you get its intentions of giving you a small break. “Coloring Book” standouts are the Future assisted “Smoke Break,” and the albums anthem track “No Problem,” which features 2 Chainz and Lil’ Wayne. Along with that is the candle burning “Juke Joint” compliments of Justin Bieber on the hook.

“Coloring Book” has a host of features from Kirk Franklin, Ty Dolla $ign, Elle Varner, BJ the Chicago Kid, Kanye West and more. However, the features never once take anything away from the projects theme; all while being churchy, youthful, and fun, you hear his frustration with the music industry. You hear him embracing adulthood and holding onto his youth at the same time. “Coloring Book” is Chance’s testimony. It’s for the lover of Christ and the lover of hip-hop. Majority of the albums material contains a biblical reference, when and if he’s not making reference of his baby’s mother. Chance may have the word ‘rapper’ in his stage name, but he’s far more than that. The Chicago kid was brave by veering away from the standard of what hip-hop should sound like. Chance proved it’s better to pick your own colors and do your own thing, because in his coloring book he never once stayed in the lines.

I can be your cup of tea or shot of Hennessy!
Related ItemsBJ The Chicago KidChance the RapperColoring BookEntertainmentFutureKanye WestLil Wayne
← Previous Story Drake “Views” Album Review
Next Story → Fantasia “The Definition Of…” Album Review