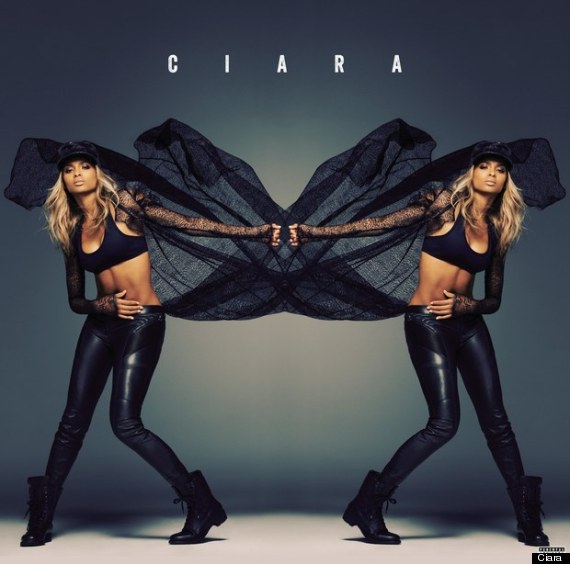 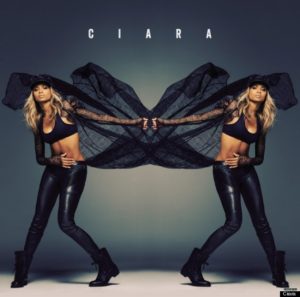 Ciara returns to heat up the summer with her fifth studio album “Ciara.” Before becoming a self-titled album, the project was originally titled “One Woman Army” (which I liked better) but it seems Cici had second thoughts about the title. Nevertheless, Ciara is back with new music for all.

They say you shouldn’t judge a book by its cover, but in this case it’s kind of hard not to. The albums artwork looks economy effected and tardy. Ciara dressed in what looks like “mall clothing” that any “around the way girl” can be seen in. The picture looks like it was taken and edited on an iPhone’s fancy photo app. It lacks creative edge and looks Instagram upload ready.

“Ciara” is ten songs long. The album opens with the Nicki Minaj assisted track “I’m Out” that can easily serve as a woman’s breakup party song. Nicki’s verse is solid but it lacks the vulnerability her rap displays on Mario’s current single “Somebody Else.” The video imagery for the song also provides good assistance as well.

“Ladies this ya song, so as soon as this come on, you should get out on the floor gone and get ya sexy on, if you know that you better than that new girl that he own, go head and tell him now you gone miss me when I’m gone”

The albums highlights are “Body Party” which is produced by ‘”Mike Will Made It” and features sample from 90’s hit song “My Boo” by Ghost town Dj’s. The mid-tempo track is sultry and has Ciara with fresh and soft vocals as she invites her man to a private party on her body for two.

“I’m doing this little dance for you, you got me so excited, now it’s just me and you, your body’s’ my party lets get it started”

Then there’s the heavy drum beating of “DUI” which is a sexy head over heels love drunk song.

Her and rapper/producer boyfriend Future teamed up for “Where You Go” that has a slow start but soon gains interest. It seems that their verses doesn’t coexist with each other’s, but makes an easy and good listen before it ends abruptly at the songs climax.

“Livin It Up” is single material for charting purposes. It has the same pop appeal sound that previous released single “Got Me Good” had. Ironically, that song went missing from the album along with the other popular single “Sorry.”

“Backseat Love” is an iTunes exclusive track that’s solid and sexy and contains a small sample from fellow Atlanta friend and native Ludacris’s “What’s Your Fantasy.”

Normally when an artist makes a self-titled album you usually get a better glimpse of them personally. It’s usually direct and in depth material from their current stage in life. “Ciara” sounds like a collection of party music that lacks direction. I thought when the (album) name change came that perhaps she and boyfriend Future had locked themselves in a studio and created wonderful music being that they’re in love. To have 10-11 tracks, this project just doesn’t have a sufficient amount of strong songs to make up for its brief duration.

PERSONAL SIDE NOTE: Ciara is often compared to Janet Jackson. Constantly being dubbed “The Next Janet” and though she may contain the potential, creatively she still has a long way to go. Janet has re-invented herself with every album. Releasing meaningful, timeless, material with depth. And her choreographed dance steps doesn’t have her reduced to a constant hip thrust or gyrate that ends in a sexual position on the ground.

I can be your cup of tea or shot of Hennessy!
Related ItemsCiaraCiara album
← Previous Story Chris Brown Has Been Taken into Custody
Next Story → Jay-Z “Magna Carter Holy Grail” Album Review