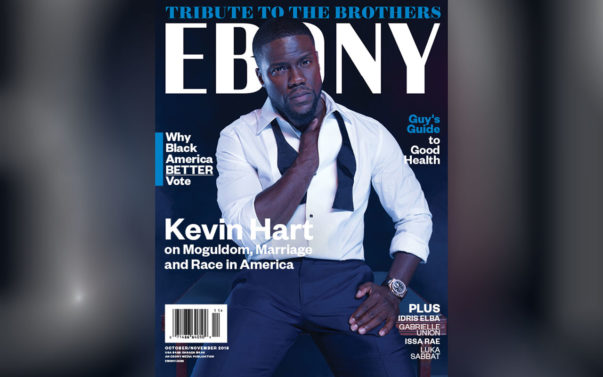 The Philadelphia native discusses his upcoming projects and more. Staying true to his grind, the interview and shoot was done just three days before he said his i do’s to his longtime girlfriend. Recently Hart has become the first comedian to earn more than Jerry Seinfeld according to Forbes. In just a year he rose from 95 to no. 6 on the publication’s highest-paid celebrity list. Kevin raked in $87.5 million for himself. 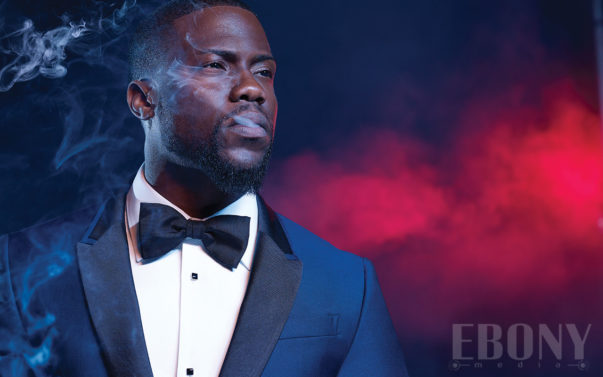 The funny man spoke with Ebony about his work ethic and more “There’s a little battery in me that goes, ‘Ah, man. The minute you go to sleep, that guy who’s next, that guy who wants the spot you have, is working.” Along with how necessary it is to bank on yourself, which Kevin did on his latest concert film Now What, which he performed before a sold out NFL stadium. He’s the first comedian to do such. “I spent $13.8 million on it myself,If you’re going to roll the dice, roll it on yourself,” he told Ebony.

In the last three years he has starred on 10 movies, which has made him over $600 million. And his BET show Real Househusbands returns on Oct. 11th for its fifth season.

I can be your cup of tea or shot of Hennessy!
Related ItemsEbony MagazineKevin HartNow What
← Previous Story Fabolous & Emily B Split
Next Story → Kim Kardashian Robbed at Gunpoint in Paris