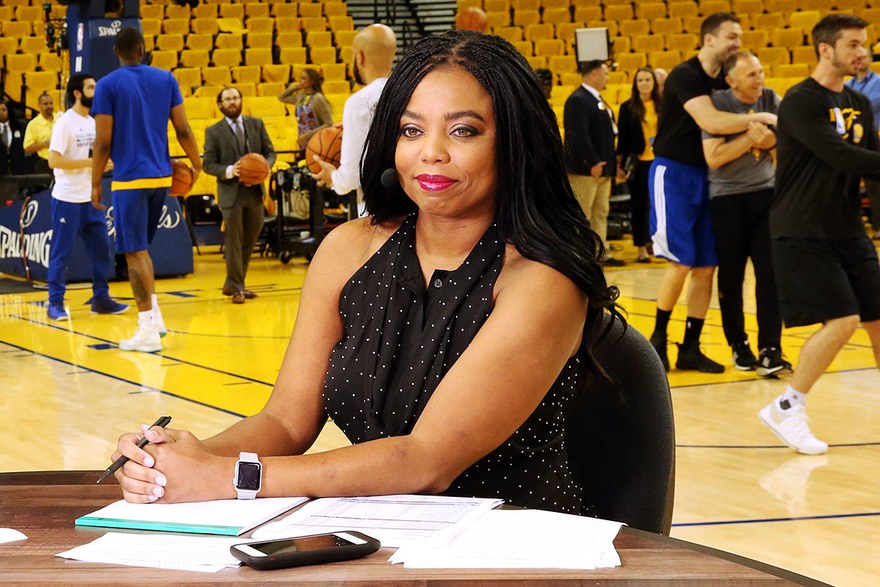 So much for freedom of speech and your privilege as a media personality.

ESPN has suspended host Jemele Hill for two weeks for her “second violation of our social media guidelines,” the network has announced Monday (Oct. 9th).

Hill suggested a boycott of the Dallas Cowboys and their sponsors after Jerry Jones’ controversial comments regarding players who protest the national anthem.

This play always work. Change happens when advertisers are impacted. If you feel strongly about JJ's statement, boycott his advertisers. https://t.co/LFXJ9YQe74

“Change happens when advertisers are impacted.” Hill tweeted on Sunday. “If you feel strongly about JJ’s statement, boycott his advertisers.”  She continued by saying, “Just so we’re clear: I’m not advocating a boycott, but an unfair burden that has been placed on players in Dallas. By drawing a line in the sand, Jerry put his players under more scrutiny and threw them under the bus.” Hill also wrote, “If the rationale behind JJ’s stance is keeping the fanbase happy, make him see that he is underestimated how all of his fanbase feels.”

Jemele’s suspension comes after “she previously acknowledged letting her colleagues and company down with as impulsive tweet,” ESPN said in a statement. “In the aftermath, all employees were reminded of how to individual tweets may reflect negatively on ESPN and that such actions would have consequences. Hence this decision.”

The “impulsive tweet” ESPN is refereeing to was tweeted from Hill’s page a few weeks ago where she called out number 45 for being a white supremacist.

I can be your cup of tea or shot of Hennessy!
Related ItemsDallas CowboysESPNJemele HillNFLSuspended
← Previous Story Amanda Seales: “If You’re Buying Jordans and Don’t Have A Passport; You’re Losing”
Next Story → Here’s the Black Couple Hosting HGTV’s ‘Flip Or Flop’