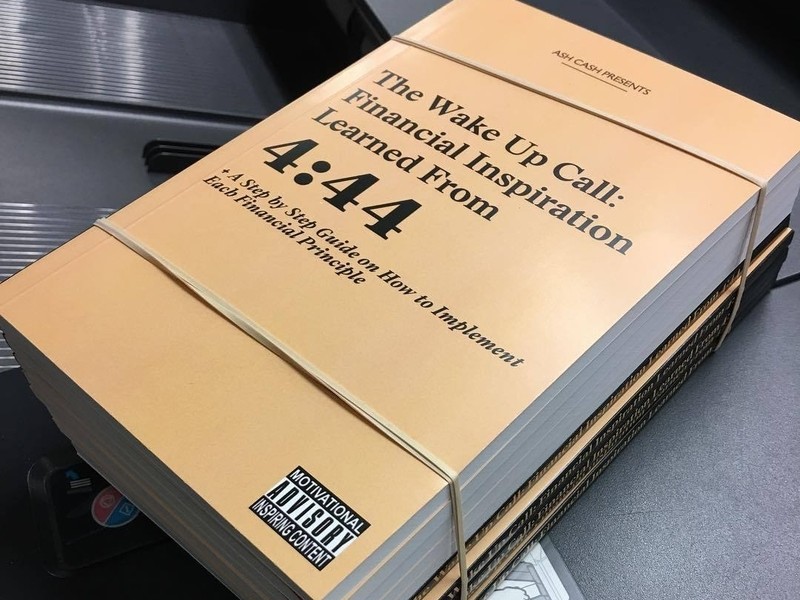 Financial guru Ash Exantus took his love for finance and hip-hop, and merged them into a phenomenal tool for the financial misfit.  Ash Exantus, better known as Ash Cash was inspired by Jay-Z’s album 4:44 to write The Wake Up Call: Financial Inspirations Learned From 4:44.  Although Cash is a finance expert, he was still able to learn valuable lessons from Carter’s 13th album, and its underlying message of financial freedom.

Within the 124 pages Cash brilliantly decodes Jay’s financial advice in every song in an entertaining way.  You soon learn that not only is he a fan of Jay’s, but he manages to provide the reader with a more in depth look into Jay-Z; the business man.

The Wake Up Call… doesn’t make you feel bad about being financial illiterate, but more so, makes you aware of the lack of financial knowledge the common person has.  The book is full of tools and information to obtain financial freedom the way Jay-Z has.  It teaches you about passive income vs. active income.  Along with ideals on how to generate streams of income.  It gives you career examples to obtain wealth, and a bunch of literature to further equip you with the knowledge on the road to financial freedom.

Cash touches on resetting and fine tuning your belief system.  Well as, the entrepreneurial route and how you can create real wealth.  He casually touches on the shadiness of the music business too.  More importantly, he goes in-depth and gives 10 steps to buying a home; along with the myths that accompany homeownership.  There’s also 10 steps to starting a business.  And 15 steps to create economic empowerment and restoring the black community.  Every step is also aligned with actions to implement. 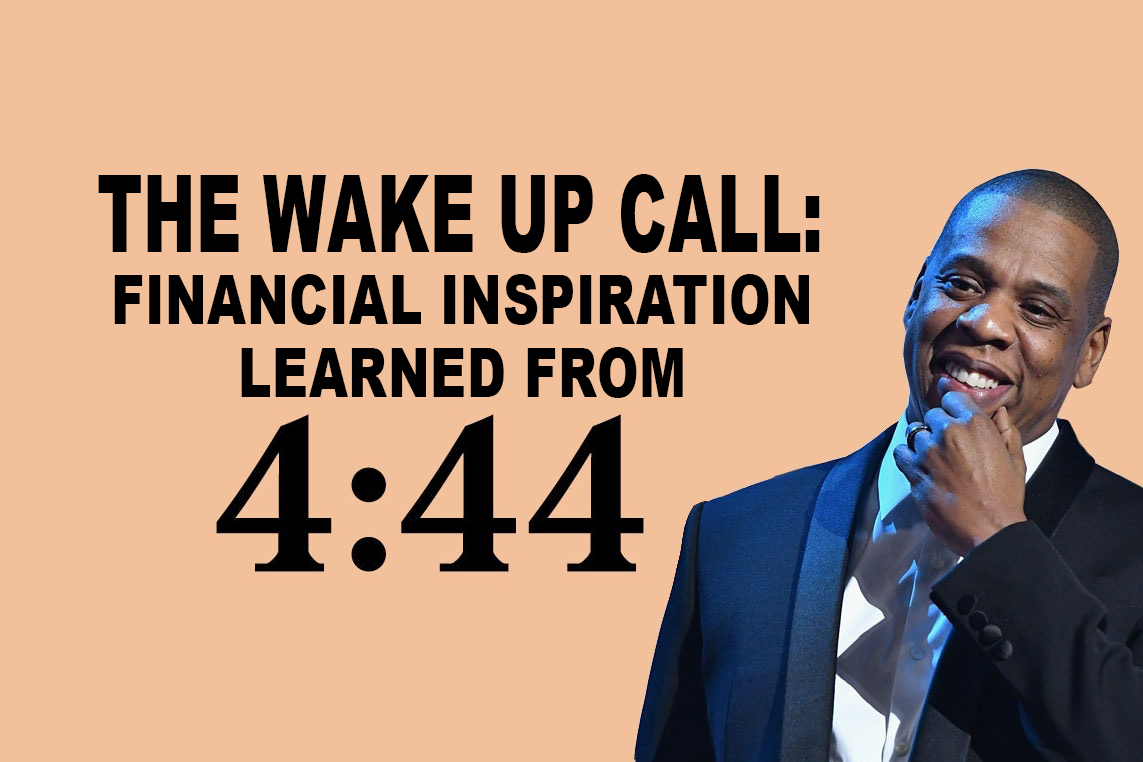 Financial Inspiration Learned from 4:44 isn’t just a bunch of mumbo jumbo.  Cash has supplied the pages with statistics to support every bulletin point he’s made.  It’s motivational just as much as it’s informative.  It supplies you with the knowledge to build or rebuild credit and use it for leverage.  Because as Cash said: credit is the most important financial tool that can be used to grow someone’s wealth.  Cash also stresses the importance of black businesses and how it relates to creating generational wealth, and not having generational wealth.  The objective is to teach our children to maintain what we built and not issue them handouts.  Because 70% of wealthy families lose their wealth by the second generation, and a striking 90% by the third.  So, when we speak of the dire need for black businesses, and factor in that African Americans spend approximately 93% of their annual disposable income with people who live outside their neighborhood.  You realize that black dollars are being spent in the wrong places.  The lifespan of a dollar in the African American community is 6 hours.  Opposed to the 28 days in the Asian, and the 19 days in the Jewish community.

Jay-Z may have given us a musical masterpiece on financial freedom, but Cash gave us the blueprint of financial freedom in laymen’s terms.  The Wake Up Call…is where hip-hop meets finance.  It’s hip-hop teachings, as it should be, since hip-hop is the most popular genre, and provides more jobs than any other industry.  What both 4:44’s [book and album] implicate is that in order to build wealth you must change your relationship with money.  Because, financial freedom is our only hope.

Purchase The Wake Up Call here.