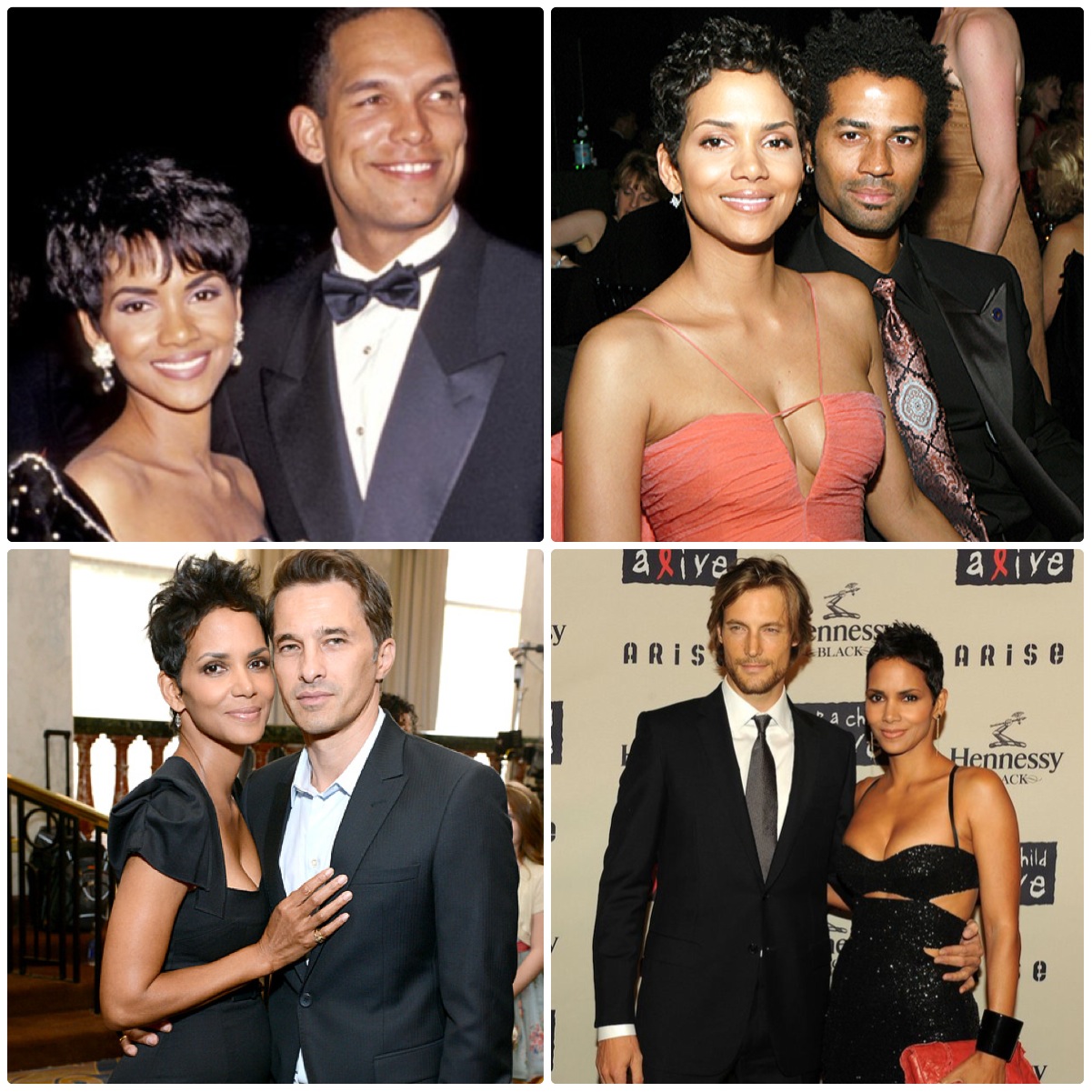 Number 1 on every man’s list since she came on to the scene, and if not, she’s in his top 5. Her beauty graced magazines and movie screens, making Halle Berry a household name and bonafide Hollywood beauty. Playing the role damsel and distress so well, Halle acts like all is good, but for the love life of Halle Berry things haven’t been so sweet.

And another one bites the dust! Halle Berry just said “goodbye” to yet another husband, making this husband number three. Recently the story broke that she and current husband Olivier Martinez have been separated for some time, and has now filed for divorce. Sadly, Berry isn’t any stranger when it comes to divorce. She actually has a few under her belt, and when the media got wind of this new one, old stories of exes began to reemerge. Many began to wonder why such a lovely and beautiful woman seems to have such a hard time in the love department? Is she crazy? What could possibly be the issue? Well one thing is for certain, that in a day when social media is just a click away. Everyone has an opinion and a platform. Her first husband MLB player David Justice of four years recently broke his silence after all these years. Following the divorce of the two, Berry cited that she dealt with depression and became suicidal. She told the media that a former boyfriend had physically abused her, and the media alleged that he was said abuser boyfriend. Now in 2015 in the wake of Berry’s upcoming divorce he [Justice] took to Twitter to voice his side of the story through a series of tweets.

“Reading the latest Halle Berry Reports, it wasn’t me who hit Halle causing the ear damage. Halle has never said that I hit her. It was a former Hollywood boyfriend (WS) that she told me! #getyourfactsright. When she first reported that she had been in abusive relationships, she wouldn’t name the “famous” former boyfriend (WS)… She was mad at me leaving the relationship so she and her Hollywood Team just tried to destroy my character. It had to be my fault, right? Yup…Me, Eric, Gabriel and Olivier were all her “Knight in Shining Armor,” until it ends…Then we all become the worst guys in history. Only the guys in the relationship with Halle know the real deal…there will be another, of course. He’ll be called “The Best” until it ends. Just wait, Olivier…It’s coming! She insinuated that her daughter wasn’t safe around Gabriel…look it up and see the reason! Just wrong, smh. It just makes me mad to still see the same lie being perpetuated about the source of her abuse being me. Never happened!#formerboyfriend”

For those who think he may be searching for some media attention can rethink that opinion, because husband number two, singer Eric Benet chimed in on Justice’s tweets and cosigned by saying…

“My man at ‪@23davidjustice is tweeting some truth dis’ mornin’!”

Gabriel Aubry- started dating November 2005, announced their separation in April of 2010, and producing one child together, which later resulted in a highly publicized custody battle. Reason for breakup: insinuated that her child was in danger around her father.

Olivier Martinez- Started dating Martinez in 2010. Martinez and Aubry engaged in a physical altercation on Nov. of 2012. Berry and Martinez announced their engagement in 2012 and married in July of 2013, later producing a son. Reason for divorce: irreconcilable differences.

Is Berry really to fault here? Why is it that she can’t be just like other Hollywood actress’s and actors who have multiple marriages and relationships, and no one thinks anything of it, or counts it as “a Hollywood thing?” Why does she have to catch a bad reputation for being a woman who serial dates/marries? Her counterparts such as Jennifer Lopez, has dated many guys, and Liz Taylor has had eight marriages to seven men. Vanessa Williams who’s the first African American to be crowned Miss America entered her third marriage this year. Why is she [Halle] as an Africa American faulted and frowned upon for believing in love and giving it the ole college try, time and time again? Or can it be that Halle isn’t as innocent as the media may portray her to be? Her PR team just might be putting in over-time to protect her image as a sweet and loving actress. Being she is the supreme African American Hollywood actress who has crossover appeal. She can’t afford for her image to be tainted in anyway with Hollywood gossip. It’s been alleged that she let her first husband David Justice take the blame for being the one who punctured her eardrum causing her to lose eighty percent of hearing in her left ear, when its been rumored to be her former Hollywood boyfriend Wesley Snipes. Although she never said it wasn’t Justice, because she refused to reveal names, she allowed the media to insinuate due to the fact that after the two split she filled a restraining order of abusive behavior. Halle’s team has recently spoken out and cleared Justice’s name of all rumors. “I just want to thank Halle for finally squashing all of the rumors in the past, that I had physically abused her, causing the hearing loss.”– David Justice. Even more recent Eric Benet claims he was forced to admit to being a sex addict in effort to save his marriage and somewhat protect the reputation.

Often we see many women who feel the need to marry each and every man they love and date, or give said man a child, but who’s to say it’s right or wrong? Does this make Halle and other women failures because they wish to take a leap of faith on love and give it their all? It’s the never-ending double standard. Men can do it and they’re not looked at as failures, but glorified for having multiple marriages and relationships. We all voice our opinions on Berry’s latest divorce as if she did something wrong. Renowned author Terry Mcmillan took to Twitter to give her opinion (as if she should be dispensing relationship advice) by saying “Halle should give up on marriage.” Why should she? She’s the case of “it didn’t work,” so she left and when the time is right, she’ll go get herself another one. Just because she decided to exit a marriage shouldn’t equate to her being a failure. Not when Steve Harvey is considered an expert, and advices people on relationships while he’s on his third marriage. All this says is both are capable of obtaining a partner, just like most people are. The real work is doing what it takes to keep a partner. Keeping a partner requires more than the average work most are willing to do. Being that Halle is know as the poster child of beauty, she catches a bad rep, and yes, there could be an issue with her being it seems she’s treating her men like old movie scripts. Could it be possible that the berry of Halle isn’t that sweet, or is the juice overrated, beautiful and sour?