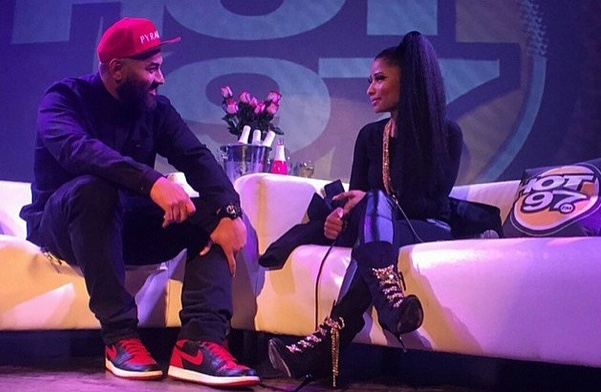 Hot 97‘s Ebro Darden is denying allegations of he and rapper Nicki Minaj having sexual relations.

In case you’ve been under a rock, over the weekend (Feb. 25) Remy Ma aired out all of Nicki’s dirty laundry on a diss record “shETHER.” In the nearly seven-minute song, Remy went on a rant accusing Nicki of sleeping with Hot 97 radio personality Ebro by saying, “Coke head, you cheated on your man with Ebro/I might leak the footage of you sniffing them ski slopes/They gassing you up, but you been on E, though/’Pills and Potions,’ yep, you been on E, hoe.”

Upon the viral impact of the diss record.  Most parties involved hopped on Twitter to defuse the allegations.  Ebro himself tweeted, “Remy knows she’s lying, Matter of fact the dude that told her that bullshit, she knows is a nerd! These nerd as dudes always worried.” Well it was only a matter of time before Remy’s husband, rapper Papoose came to his wife’s defense tweeting Ebro, “You just texted me happy as hell that Remy said it …now she lying?   Sit down bruh.”  Sadly, Ebro was more concerned with booking Remy for this morning’s show, rather than addressing whether or not he was lying. 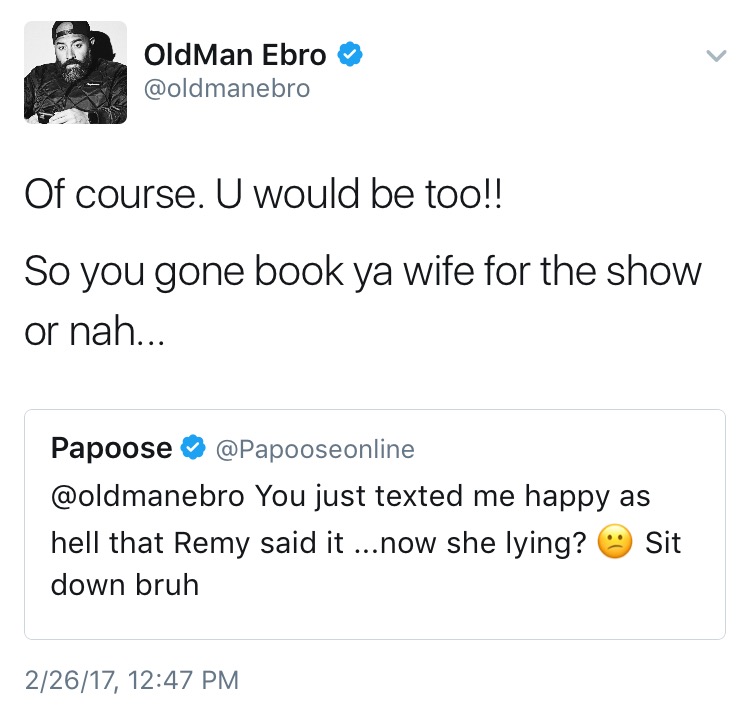 This morning, Ebro went on the airwaves to address the allegations attempting to defend Nicki and himself saying, “I did not have sexual relations with that woman in any way, shape, or form,” during his popular broadcast Ebro in the Morning. He went on to admitting that they do have a personal relationship.  He also admitted to meeting late nights for drinks or whatever…

In addition, Ebro wasn’t shy about insinuating the rumor was started by an ex-friend of boyfriend in Nicki’s camp, “I believe that because we would go out and have drinks and we had a good time that people got jealous at the time.”

Is Ebro out here back-peddling and track covering on what he told Remy? Or did she get her information from another source?

Listen to the audio below…

I can be your cup of tea or shot of Hennessy!
Related ItemsEbro DardenEbro in the MorningHot 97Nicki MinajRemy MashEther
← Previous Story The BMW Tupac Was Murdered in Is Up for Sale
Next Story → Lil Kim Wants Remy Ma for ‘Ladies Night’ Remake