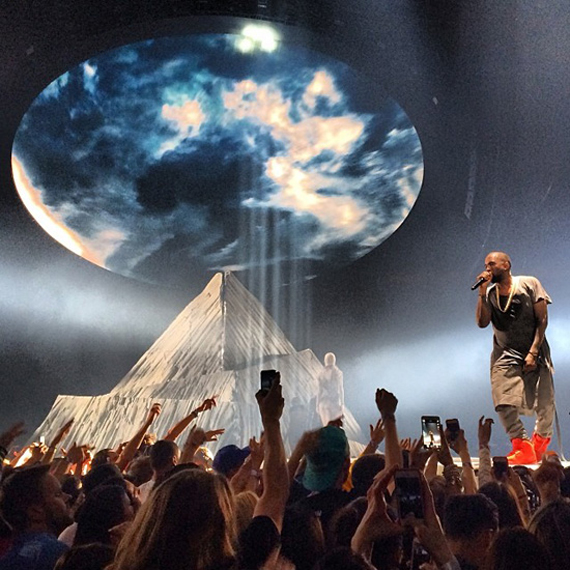 His Tuesday night show in Philadelphia Pa. at the Wells Fargo Center is rescheduled for December 13th, as Thursday’s show at the Palace at Auburn Hills, Detroit will now take place on December 22nd.  Original tickets for both shows will be honored.  The tour will resume as regularly scheduled on Friday October 7th in his hometown Chicago at the Chicago United Center.

Last night while performing in NYC West got word of the incident involving his wife and immediately stopped the show mid song and said “I’m sorry, I’m sorry, stop it. I’m sorry, there’s a family emergency,” and quickly exited the stage.  There are still details emerging surrounding the robbery, as well as a heavy investigations police officials report.  The suspects reportedly stole $10 million dollars worth of jewelry and two of Kim’s iPhones during their heist. Kim immediately flew back home and is safe, and currently in her NYC apartment with husband Kanye.

I can be your cup of tea or shot of Hennessy!
Related ItemsDetroitKanye WestKim KardashianPhiladelphiaSaint Pablo TourThe Life Of Pablo
← Previous Story Toni Braxton Is Home ‘Resting’ After Lupus Scare
Next Story → Chance The Rapper & Co. Perform ‘Blessings’ (Reprise) on The Tonight Show