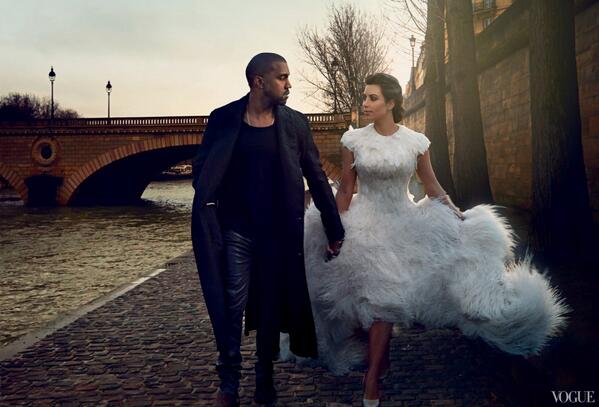 Kim Kardashian may have taken a hiatus from social media and the world since her unfortunate incident that occurred in Paris earlier this month, but husband Kanye West has logged on Twitter for the first time in over a month to wish his wife a happy birthday. Today Kim celebrates her 36th birthday, and Kanye wasn’t going to let the day go by without publicly sending her birthday wishes.

Keeping it real Kardashian fashion with home videos. In a five minute montage video titled Happy Birthday babe and courtesy of the Kardashian Family home video collection.  You see Kim over the years grow through the lens of a camcorder as her father, the late Robert Kardashian narrates.  Kanye soundtrack the video with an updated version of “Only One” his ode to their daughter North West and his late mother Donda West.  You can hear Mr. West singing happy birthday in the background over the music.  The video displays the growth of their family with holidays, family vacations and many celebrations.

I can be your cup of tea or shot of Hennessy!
Related ItemsBirthdayKanye WestKim KardashianNorth West
← Previous Story Cast of ‘Martin’ Reunite
Next Story → Mariah Carey Returns with Christmas Concert