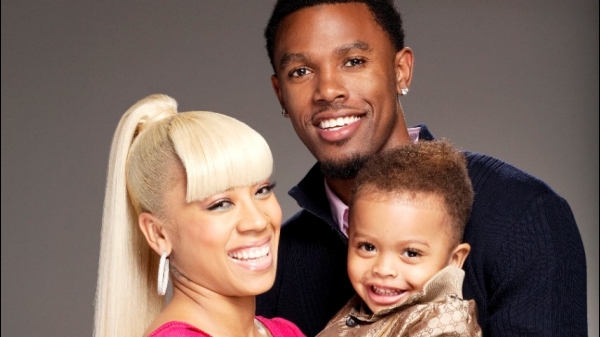 I guess the couple hasn’t learned that welcoming the camera crew into their homes isn’t the best thing to do, but work isn’t always honest and something has to pay the bills.  Despite the untied and supportive front they showcase for the camera crew each week, the divorced couple are reportedly at odds.

It’s alleged that Booby is requesting spousal support and full custody of their 7-year-old son D.J., according to documents obtained by The Jasmine Brand.

The pair married in 2011, and filled for divorced in September after being separated since 2014. Originally, she requested no spousal support, along with joint legal and physical custody. However, Booby is singing his own tune now.

There isn’t any word on the reason for which Gibson requested financial support along with full custody, but we’ll be sure to update you as the story continues to develop.

I can be your cup of tea or shot of Hennessy!
Related ItemsDaniel GibsonKeyshia ColeLove and Hip Hip Hollywood
← Previous Story Jay-Z Brings ‘4:44’ to ‘SNL’ Stage
Next Story → Gabrielle Union’s Infertility Struggle: ‘I’ve Had 8 or 9 Miscarriages’