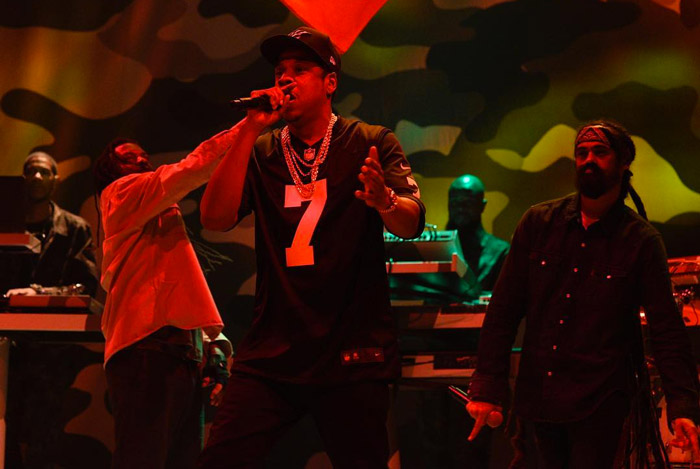 For its 43rd season Saturday Night Live kicked off their new season with help from celebrity host Ryan Gosling and musical guest Jay-Z.  Making this his first televised performance since the release of his 13th studio album 4:44‘  Mr. Carter took the stage twice and delivered songs “Bam” and the title track “4:44.”

And if Jigga man hasn’t made himself clear on his stance against the NFL, after turning down their offer to perform at this years Super Bowl halftime show.  Then he was even more clear by rocking a black teamless version of Colin Kaepernick‘s “7” football jersey during his performance.

I can be your cup of tea or shot of Hennessy!
Related Items4:44JayZNFLSaturday Night LiveSNL
← Previous Story O.J. Simpson is A Free Man After 9 Years in Prison
Next Story → Keyshia Cole’s Ex-Husband Wants Spousal Support & Full Custody of Son