Home / Entertainment News / O.J. Simpson is A Free Man After 9 Years in Prison

O.J. Simpson is A Free Man After 9 Years in Prison 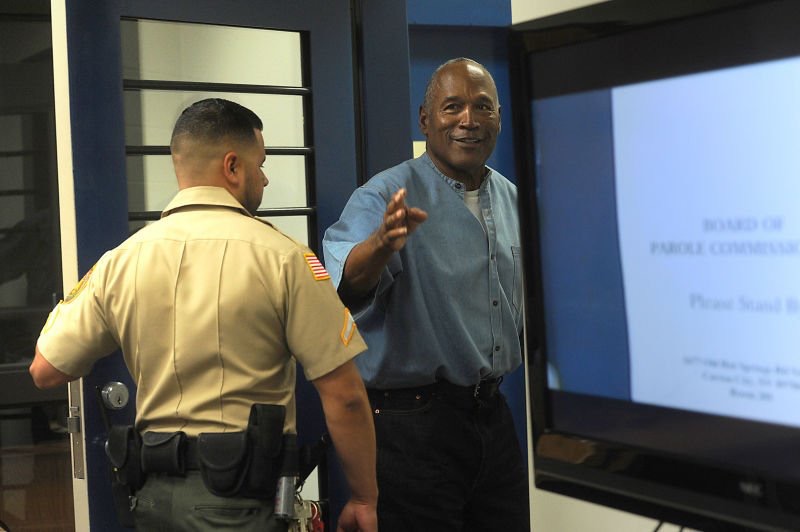 The Juice is Loose!

Shortly after midnight on Sunday morning, the football legend Orenthal James (O.J.) Simpson, 70, walked out of Lovelock Correctional Center in northern Nevada after serving a nine-year bid on kidnapping and armed robbery charges.

State prisons spokeswoman Brooke Keast told The Associated Press the identity of the driver who met Simpson upon his release is unknown, and she didn’t know where Simpson was immediately heading in his first hours of freedom.

“I don’t have any information on where he’s going,” said Keast, who watched as Simpson signed documents and was let go. Her department released video on social media of Simpson being told to “come on out” by a prison staffer, exiting through an open door.  He could be seen responding “OK” as he left, wearing a ball cap, denim jacket, jeans and white tennis shoes.

Tom Scotto, a close friend of Simpson who lives in Naples, Florida, said by text message that he was with Simpson following his release.  Scotto didn’t respond to questions about where they were going or whether Simpson’s sister, Shirley Baker of Sacramento, California, or his daughter, Arnelle Simpson of Fresno, California, were with him. Back in July the three attended Simpson
‘s parole hearing at the same prison where O.J. spent his term.

Simpson has said he wanted to move back to Florida, where he lived before his armed robbery conviction in Las Vegas in a September 2007 confrontation with two sports memorabilia dealers.

Keast said the dead-of-night release from the prison about 90 miles east of Reno, Nevada, was conducted to avoid media attention. “We needed to do this to ensure public safety and to avoid any possible incident,” Keast added, speaking by telephone. She spoke from Lovelock, where she said she witnessed Simpson signing documents to be released.

I can be your cup of tea or shot of Hennessy!
Related ItemsLovelock Correctional CenterNevadaO.J. Simpson
← Previous Story Davis ‘Moonshine’ EP Review
Next Story → Jay-Z Brings ‘4:44’ to ‘SNL’ Stage