Mary J. Blige “Think Like A Man Too” Soundtrack 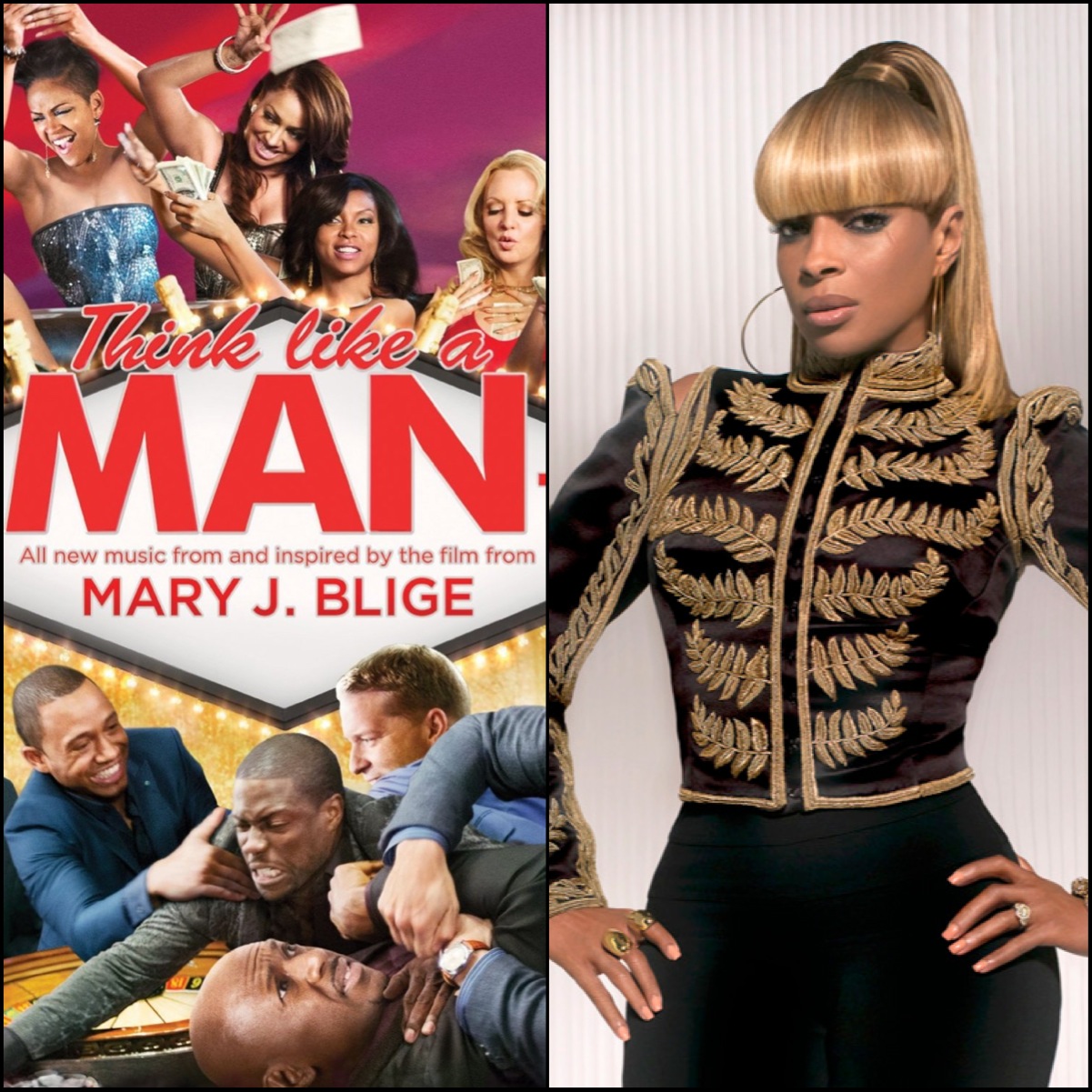 Mary J. Blige is the Queen of Hip Hop Soul whose music career has survived over two decades, selling more than 50 million albums and 15 million singles worldwide. She has Grammy Awards and nominations in more genres than any other artist, proving she’s beyond versatile when it comes to music. It was more than fitting that L.A. Reid came to Blige when it was time to record original music for the motion picture “Think Like A Man Too,” the sequel to Steve Harvey’s New York Times Bestseller “Think Like A Man.”   Taking on this project places Mary in the same category with the likes of Whitney Houston (The Bodyguard) Gladys Knight (Claudine) and Aretha Franklin (Sparkle). All of those women have lent their vocals to full-length movie soundtracks, and now Blige adds her name to that list as well.

I guess it’s safe to say that this soundtrack marks Mary’s 11th studio album (non-holiday album). Following her 2011 “My Life II: The Journey Continues” this, is the first of new material we’ve gotten from the diva.

In true Mary fashion the singer opens the album with a cover of Shalamar’s 1980’s hit “A Night to Remember.” The song serves as the movies theme song, but Mary has once again made the song her very own. The 14 track LP has a feature from hit-maker The Dream (who wrote and produced a bulk of the album) on “Vegas Nights” where they’re singing about dancing the night away to all the greats, James Brown, Gladys Knight, Lionel Richie, Michael Jackson etc. On the Pharrell Williams produced and featured tune “See That Boy Again” she insists that she must come in contact with a stranger she met on the dance floor.

Blige returns to her roots on the heartbreaker song “Suitcase” where she sings about being fed-up with a no good lover. It’s the soundtracks leading single that can easily serve as a break-up song.

“You gone wake up in the morn, and find that I’m already gone, got a one-way ticket here’s your goodbye song, and while you’re trying to explain I’ll be zipping up my suitcase”

“Better” will have you reconsidering what you value as love, and the beat knocking “Wonderful” will have you happy to be in love as she boasts about never having felt a love like she has.

Oddly enough, the album only has one balled, which is penned by The-Dream. “Propose” sounds like the perfect wedding song a man would dedicate to his future bride. However, a woman singing the song just doesn’t do it proper justice.

“I propose to you, if you needed me to, cause your wrong rings bound to serve for me, and no ring compares to you, boy you’re my wings, and you’re my sky, and without you baby I just can’t fly”

The standout tracks have to be the theatrical “I Want You” where she’s begging her man back after feeling herself and kicking him to the curb. The song is written by Jazmine Sullivan, and although Mary does it great justice, it has the potential to be a bigger hit with Sullivan’s vocals. There are moments where the song seems too big for Blige (live Mary would kill this song.)  Following is “Self Love” that tells the tale of one seeking attention and reciprocity from a selfish lover. “Kiss and Make Up” begins sounding like a movie and ends abruptly all before getting the point across that love is the center and words (talking) won’t solve every problem. Sometimes you have to just have to make a decision to put things behind you and move forward.

Blige hasn’t survived this industry for over two decades by playing it safe. Being honest and transparent in her music throughout the years, many have wondered what else can she sing about? Many also wondered why she took on this project? Mary has made 150 guest appearances on other albums and soundtracks, so a project like this was bound to happen. Constantly reinventing herself and stepping out the box trying new things is what legends and icons do. Mediocrity is not allowed and neither is being complacent for the Queen. Funny as it is, the music went missing from the movie. They only played one and a half of the songs in the movie, but this project will continue to separate her from all the others. It showcases her tenacity and bravery that most artists lack. This collection of songs are rich in lyric and vocal, making a defining moment in her career and for music inspired by a motion picture.

I can be your cup of tea or shot of Hennessy!
Related ItemsMary J BligePharrell Williamssteve HarveyThe DreamThink Like A Man Too
← Previous Story Mariah Carey “Me. I Am Mariah…The Elusive Chanteuse” Album Review
Next Story → Understanding A Brand New Ye, Through His GQ Interview