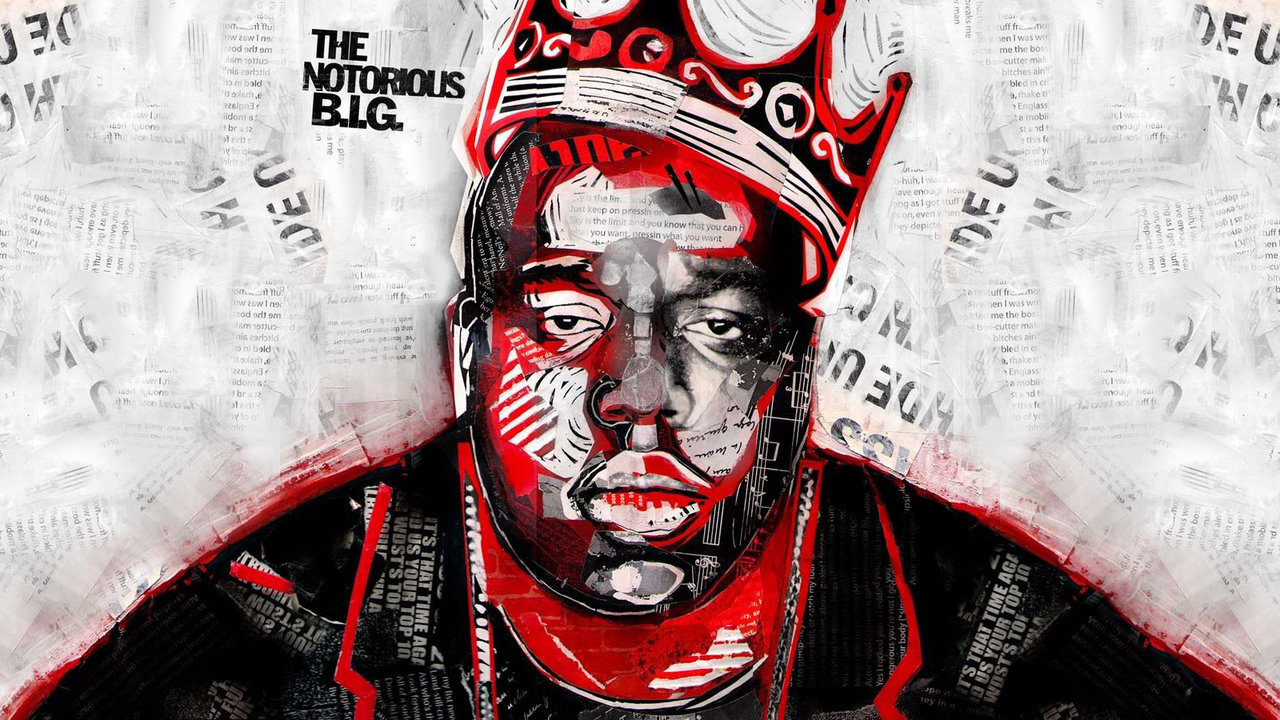 DISCLAIMER: this was written last year (2017) for BIG’s 20th anniversary, but for some reason or another, I never published it.  Here ya go!

Can you believe it’s been twenty years already?  The phrase “how time flies” couldn’t be further from the truth.  Especially since most of us can recall exactly where we were, or what we were doing when we got the news that The Notorious BIG had been shot and killed.  It felt like the world had strangely paused.  Mainly due to the fact that just six months prior 2Pac was murdered in a similar incident.  If you’re unable to recall that moment in time; just think of it as the similar feeling you feel when you turn on the news today and see that police have gunned down another unarmed black male.  On that day in March the world was left to process that another beloved rapper was killed.  It seemed like we were losing a fight, but a war had started.  Similar to the war and fight we’re fighting today.  Sadly, we had no clue exactly whom we were fighting against.  That’s how most feel today and that’s what it felt like on March 9th 1997. 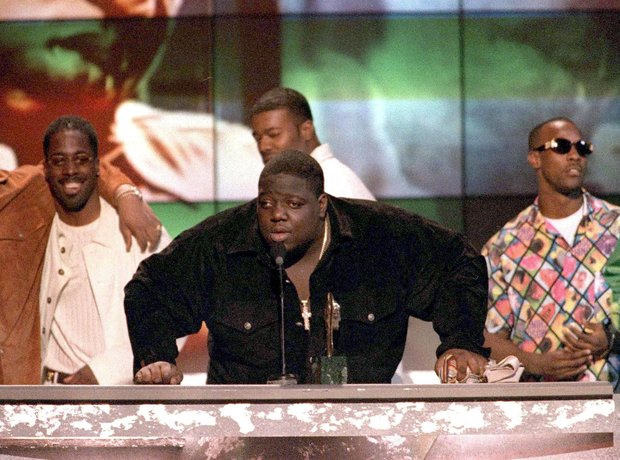 Going Back to Cali: It’s March 8th, 1997 and Notorious BIG is in Los Angeles to attend the 11th Annual Soul Train Awards.  The prior night (March 7th,) at the ceremony he had presented Toni Braxton with an award, where members of the audience booed him.  Despite the un-pleasantries from the audience, BIG was ready to celebrate at the Peterson Automotive Museum for an award show after party hosted by Vibe Magazine.  Reports say the party was shut down due to overcrowding around 12:30 am.  The events to follow, strange and fuzzy, but reports note that a black Chevrolet Impala SS pulled up to the passenger side of BIG’s vehicle as an African- American male in a blue suit and bow tie ranged six shots exact into the passenger side of the truck, four of the six hit Biggie in the chest.  After being rushed to Cedar Sinai Hospital the 24-year-old was pronounced dead at 1:15 am.

Speculations grew enormously as to whom was to blame, and to whom, did it?  While many held the East Coast vs West Coast feud at fault, due to an alleged affair between Tupac and BIG’s estranged wife, singer Faith Evans.  Fingers were pointed at Puff Daddy, Suge Knight, Tupac, and the LAPD, who took an entire month before assigning the case from the local police department to the Robbery Homicide Division of LAPD.  Later Wallace’s mother, Voletta Wallace brought a $400 million wrongful death claim against LAPD/City of Los Angeles for corruption in the handling of her son’s murder case where several officers were investigated in connection with the murder.  Ironically, the case was dismissed, the investigation was closed, and the LAPD and FBI dismissed information allegedly implicating two key suspects.  The Notorious BIG’s murder case has closed, and reopened a few times over the last twenty years. 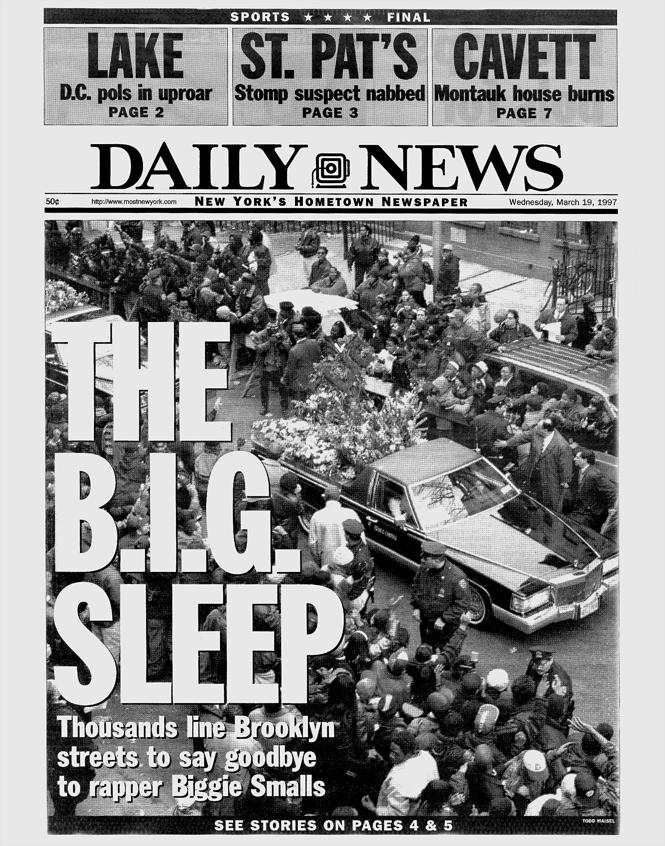 Life After Death is Notorious: when art-imitating life becomes real life.  Two weeks posthumously following (March 25th, 1997) his murder, BIG’s sophomore album Life After Death was released, essentially becoming his life after death.  The project perfectly chronicles where his debut Ready to Die ended.  However, in real life, BIG didn’t commit suicide, he was murdered.  Could Life After Death’s opening track “Somebody’s Got to Die” serve as Biggie’s rebirth, a confession of some sort, or did he predict his death?  The eyebrow raiser is the few last words of the song’s lyrics voicing take that, take that, take that…as gun shots are fired…then the track ends.

During the duration of BIG’s mourning, the album took on it’s own life.  Noted by music writes “as one of the seminal manifesto rap albums,” it brilliantly picked up where Ready to Die left off, but more so, it musically crowned him The King of N.Y.   While his premature death never allowed the project to reach its full potential, it did nab three Grammy nominations before reaching diamond status.  Life After Death is a rare final album you’re able to get from any rapper who had an untimely death; (in the double disc music era.)  The elements of Life After Death are its cinematic sound, filled with gritty rhymes, dance tracks, engrossing stories, and cryptic insults towards his rap constituent.  And no one was safe either.  BIG unleashed a lyrical molesting on his musical peers, by addressing animosity between them and himself.  Nas, 2Pac, Ghostface Killah, Raekwon, and Jeru the Damaja.  Not a rapping soul was spared on BIG’s musical wrath.  Interestingly, after taking numerous lyrical jabs throughout the album, the album’s closing track “You’re Nobody (Til Somebody Kill You)” isn’t directed at once friend and West Coast rivalry Tupac, as Wallace himself stated in an interview with Spin magazine.

Long Live the King: That May, days after what would have been the rapper’s twenty-fifth birthday came the Grammy Award winning ode “I’ll Be Missing You.” While the world was still mourning Notorious B.I.G.  The song became a staple for tribute songs, along with setting the bar to what was to come.  Bad Boy label mates would release other tribute songs after.  There was “Cry On” by 112, “We’ll Always Love Big Poppa” by The Lox, and “Biggie” featuring Junior Mafia off his “Born Again” album.  BIG’s protégé Lil Kim would deliver the most intimate and vulnerable song “Hold On,” from her sophomore album titled The Notorious K.I.M.  In memorial of The Notorious BIG, Kim also credited Wallace as executive producer. 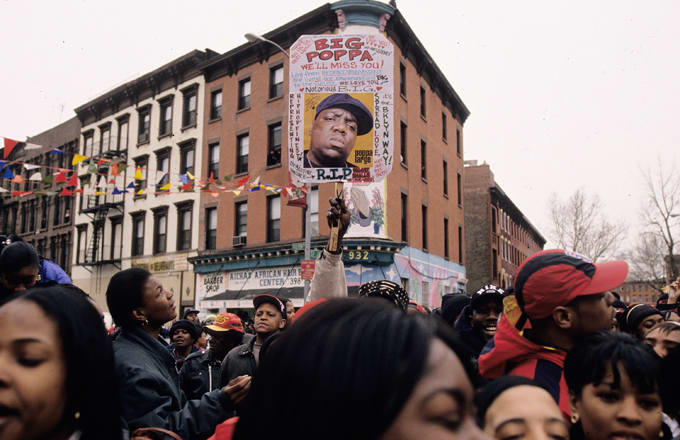 Although Wallace is no longer here, his legacy lives on through music, but also through friends and fans that adore him.  Lil Kim shouts him out every chance given.  Throughout the years Jay-Z has revamped BIG’s lyrics in many of his songs.  Puffy goes above and beyond to keep his music alive.  In May 2016, there was a Bad Boy Reunion Concert on the rapper’s birthday to celebrate him and the entire roster.  His ex-wife Faith Evans released a duet album The King & I (May 2017) that featured lost verses from him.

With only two albums under his belt, his musical influence has been impactful.  No one has tried to emulate him, nor has there been any knock-off comparisons over the twenty years.  No film or documentary has fully captured the essence of The Notorious B.I.G.  No rapper is able to posses the measure of what he was able to do musically.  He notoriously reigns forever.  He was BIG. His rhymes were BIG.  His persona was BIG.  He was truly Notorious!

Who knows what could have become of BIG were he still alive.  Would BIG be big figuratively?  Would he still be a member of Bad Boy?  Too many what if’s, but one fact that remains, he’s the King of New York and he’s Still Notorious.