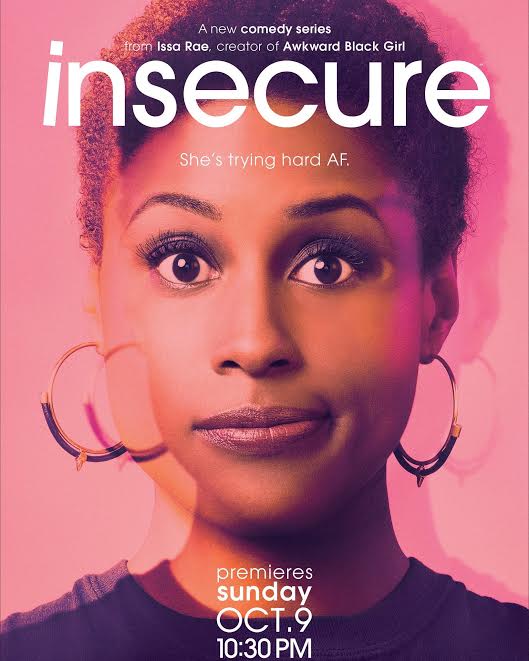 It’s been a long time coming, but your favorite awkward black girl finds a new home. Issa Rae; who found career and fame with her YouTube web series The Misadventures of Awkward Black Girl takes her talents to HBO.  In 2011 Rae launched her YouTube show with 24 episodes, which garnered millions of views. With that success followed a New York Times Bestseller with the same title she released last year [2015] and now she’s ready to introduce her new HBO comedy series Insecure.

Why’d Rae change the name of the show to Insecure? Well, her mission is to re-write the black girl narrative of always being strong. She wants to explore the experience of the flawed and sometimes weak black woman, as she does in the series pilot episode “Insecure as F&8k.” In the pilot episode Issa (real first name) Dee is celebrating her 29th birthday. She’s welcoming change into her life and that just might be her stifled relationship with her boyfriend of 5 years Lawrence, who lacks uncertainty. And if that’s not enough she deals with her mild unhappiness at work. In her spare time she writes rhymes and would rather probably be a rapper, but Issa works for a non-profit in an inner city with underprivileged kids. She endures ridicule from the children there that have fallen victim to the stereotype of black culture. The children make fun of the way she dresses and wears her hair in its natural state; plus refer to her use of proper English as “talking white.” Sadly, her collegues bombard her with cliché questions from the opposite race. Their need to know what phrases like ‘on fleek’ mean agitates her, oh yeah; she’s the only black in her office.   The episode showcases her flexing her rap skills in an impromptu open mic performance, where she freestyles a song on spot called “Broken Pu$$y.” 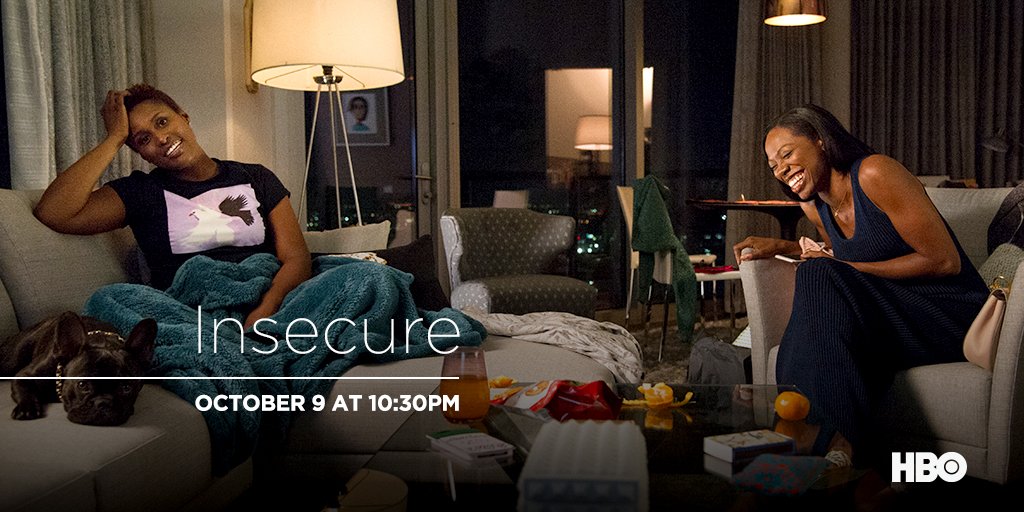 Insecure chronicles the life of Issa who resides in South Los Angeles, and her best friend Molly. Both ladies are navigating their way through adulthood as they deal with career and relationship tribulations in white America. The show is built on the feeling of insecure, and channels that feeling in a non-traditional way, while exploring the black woman’s experience. It shares some of the same similarities of its YouTube series, but the eight episodes first season, and series will represent as the “prequel to black girl magic” as Rae said herself.

The series premiers on October 9th at 10:30pm on HBO. For now, watch the official season one trailer below…

I can be your cup of tea or shot of Hennessy!
Related ItemsFeaturedHBOInsecureIssa Rae
← Previous Story Watch Chance The Rapper Perform ‘Blessings (Reprise) with Chicago Children’s Choir
Next Story → Fabolous & Emily B Split