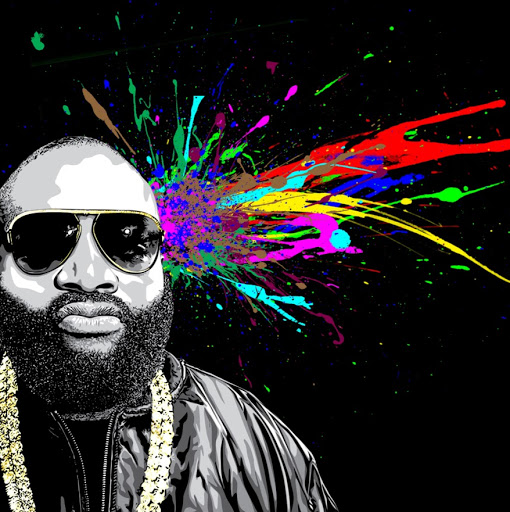 Maybach Music’s leading man Ricky Rozay is back at it with his new album “Mastermind.” The Miami rapper once again is serving his hard hitting punch lines and cleaver hooks, that have become anthems and photo captions for many. “Mastermind” the albums title is more than fitting for the rapper who’s managed to turn himself into a self made empire. With an undeniable presence on any track he’s featured on, Ross’ voice and grunts are a surefire for a hit song.

The “Mastermind” deluxe version complies of nineteen tracks which seems a bit long, however, when listening the LP it appears to go by fast being there are a few skits that could have been left out. Needless to say, the LP starts off on the right track. You can’t go wrong with his voice over great produced beats and the lyrical talent of Ross.   In this featured driven industry that we’re in right now, its only right that the project isn’t shy of a few too many. With guest appearances from JayZ, Kanye West, Jeezy, Lil Wayne and a slew of others. One may feel as though it’s a compilation album. Out of the 19 tracks if you subtract 2 that are skits you’re left with 17. From that 17, 10 have features leaving you with 6 songs subtracting the intro on a deluxe copy.

The LP (deluxe) features a reprise version of he and JayZ’s track off his “Magna Carta” album “F&*k With Me You Know I Got It.” Rozay brought the song back with new verses to give it a new life. You have the Scott Storch produced song “Supreme” that has an unlisted singer that sounds a lot like Keith Sweat singing the hook. However, fans will be drawn to the laid back “In Vein” which is assisted by The Weekend. The song has the signature sound of The Weekend.

It appears that the album only has an appearance from one member of his MMG camp. Meek Mill is featured on “Walkin On Air.” Along with his camp members missing so is his “Maybach Music” installment. On every other album there’s a new version of the song “Maybach Music” but somehow it went missing this time around.

Standout song without a doubt is the Kanye West produced “Sanctified” which features Big Sean on the hook and Kanye spitting a verse. Then you have the Diddy produced track “Nobody” which is pretty much a remake of Notorious BIG’s “You’re Nobody (Til Somebody Kills You.” Ross kicks a flow that very reminiscent of Biggies, which will leave you believing that they resurrected BIG during the recording session. The highlight of the track is the truth speaking ad-libs from Diddy himself.

Nevertheless, “Mastermind” has the usual witty wordplay of Rick Ross. Filled with lyrics pertaining pricey items, cars, liquor, women and his bank account. The album still lacks lyrical depth, but that’s not why people listen to his music. And if you’re looking for some kind of depth on his sixth LP, You have the song “Thug Cry” which features Lil Wayne or the soulful “Paradise Lost.” At the end of it all, the album is far from stellar and a lot better than decent. “Mastermind” will accommodate as the perfect soundtrack for the D boys or any fans of hip hop. Worth the purchase and continuous playback, this LP will leave you pleasantly satisfied.

I can be your cup of tea or shot of Hennessy!
Related ItemsMastermindRick Ross
← Previous Story Beyonce’ “BEYONCE'” Album Review
Next Story → Black Barbie: The Black Woman’a Addiction to Blonde Hair