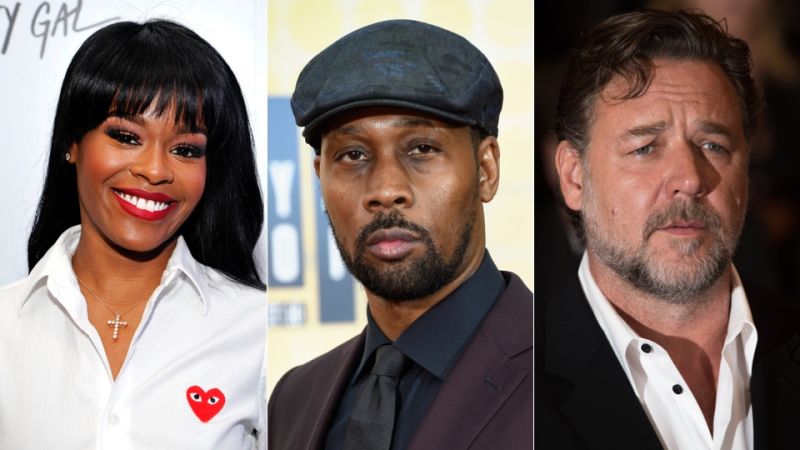 A year later and Azealia Banks finally got what she wanted out of RZA; the truth.

RZA, member of the rap group Wu-Tang Clan appeared on Power 105’s The Breakfast Club and confirmed that Russell Crowe did indeed spit on Azealia Banks at a party. “Look, he spit on her,” said RZA during his interview.  Last October when the incident occurred he [RZA] discussed the situation in a lengthy Facebook post, but never admitted that Crowe spit on her. “Before the night is over Azealia is insulting half the room she becomes loud and obnoxious,” he wrote. “There was nothing funny about her behavior. I felt a little embarrassed because she was my guest.” He never addressed the spitting part, but stated “I did not hear Russell call her a N::gg::::” as Azealia claims.

Banks got wind of RZA admitting that her alleged insult allegations were true and had a few choice words for him. “RZA has to stop talking about me in the media,” she wrote on Snapchat. “Until he is ready to apologize [to me] publicly he can go back to sucking Russell Crowes d**k for invites to Hollywood parties.” She continued, “Nobody understands how badly I wanted to die the moment rza LIED and told the world I deserved to be spat. People laugh at me and said I lied. No one understands the amount of pain that came with and after that incident. Just fucking respect me and stop saying me name.” Banks added, “@RZA I HOPE YOU DROP DEAD.”

RZA also claimed Banks become violent, threatening to cut a woman with glass. “Azealia threaten to cut a girl in the face with a glass, then actually grabs a glass and physically attacks for no logical reason,” he added. “Russell blocked the attack and expelled her from the suite.”

Well, it appears that there won’t be any resolution to this situation anytime soon, but the film Love Beats Rhymes that they worked together on will be in selective theaters on Dec. 1.

I can be your cup of tea or shot of Hennessy!
Related ItemsAzealia BanksFacebookLove Beats RhymesRussell CroweRZAThe Breakfast Club
← Previous Story ‘Project Runway’ Finalist Mychael Knight Dead at 39
Next Story → The Game Speaks on Allegations to Fathering a Child with a 15-Year-Old Girl